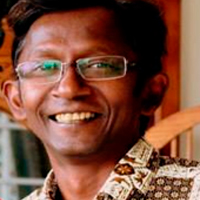 Eugene is the CEO, AOC-Razon &
President, A Book for A Friend Society Malaysia (NGO/NPO).

This Blog is on Promoting Bilateral Cooperation between Malaysia and Russia from a socio-economic, cultural and political perspective.
Malaysia is a Newly Industrialised Country (NIC) and will become the Chair of ASEAN in 2015. Russia, then the Soviet Union, established diplomatic relations with Malaysia on April 3, 1967, and the Trade Agreement was signed. In November 1967 the Soviet Trade Representation was established. In 1970 the first group of Soviet students came to study Malay at the University of Malaya, among them Tatiana Dorofeeva, Tamara Reshetova, Victor Pogadaev, Anatoly Voronkov. On 4 October 1972 the Agreement on Economic and Technology Cooperation was signed. Russia has an Embassy in Kuala Lumpur (from April 1968), and Malaysia has an embassy in Moscow (from November 1968).