Crisis of affordability and the Emirates’ cybersecurity ambitions

The United Arab Emirates is ambiguous to emerge as a cybersecurity hub for the Middle East and North Africa region. The National Cyber Security Strategy” proves that the Gulf state has been building ecosystem for the professionals and students in the field to develop an inflow of knowledge.

Despite the fact that promising and stable the financial status of the country seems, the main cities such as Dubai and Abu Dhabi may face the reality of scarcity arising unaffordability and immobility for innovation-drivers, including cybersecurity specialists and students. 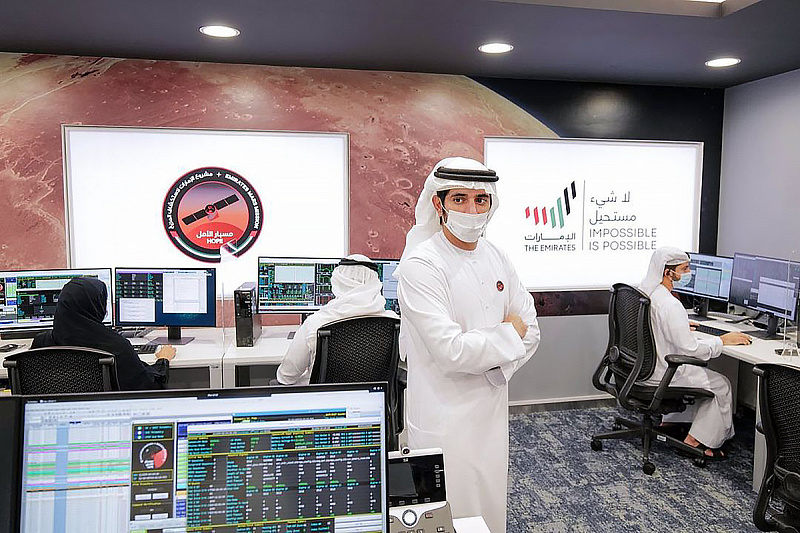 The rise of the Emirates

The United Arab Emirates, a Gulf State established with an agreement between six sheikhdoms (Abu Dhabi, Dubai, Sharjah, Umm al-Quwain, Fujairah and Ajman) in 1971 and accession of Ra’s al-Khaimah in 1972, have developing in spectacularly swift and impressive manner since the realization oil recourses in its territory. Consequently, the coast of fishers has been replaced by rapidly rising cities such as Abu Dhabi, Dubai and Sharjah. The rational economic policy of sheikhs, particularly diversification by Rashid bin Saeed Al Maktoum, a vice-President of the UAE and ruler of Dubai, plays an integral role in modernization and transformation process. This well-reasoned approach for diversification leads to the investment in renewable energy, aluminum production, tourism, aviation, re-export commerce, telecommunications, and advanced technologies. The economic growth, in meantime, supports political and military revision of foreign relations, especially in cyber field. For example, the latest trends present that the UAE manage to balance the cooperation with the US and China in the cyber sector, which is an upcoming space of warfare among international relations actors. Such a shift from complete connectivity to the US into multi-polar relations implies that the UAE is multi-vector subject in the cyber policy as the Emirates possess potential to absorb the technological know-how from diverse channels.

According to 2-pillar of «the UAE’s National Cyber Security strategy», a vibrant cybersecurity ecosystem is planned to be enabled by:

The goals of the Emirates government present that the cybersecurity ambitions of the country exceed the national borders to the broader regional spaces of the MENA. The realization of the strategy enables the Emirates to emerge as a cyber-hub for technology markets and IT enthusiasts, which provides a constant inflow of knowledge and innovation in the field of cybersecurity.

On the other hand, several signals of economic deficiency, on which the cyber security policy of the UAE heavily relied, are likely to expose the vulnerabilities of the Emirates’ projects in cyber space. In mainstream, the principal challenge for the UAE is supposed to be self-blockade of the rich cities of the country for innovative cadres through high renting costs, a syndrome that American city New York has recently experienced.

Renting crisis in New York, in one of the capitals of free markets, takes effect from classical economic theory of «demand and offer» despite some facts about «landlords revenge». However logical and reasonable the authors’ ideas seem, it is clear that the landlords stay desperate unless the demand for rents rise in post-COVID period. To illustrate the demand with facts, New Census numbers show a record 8.8 million people live in the five boroughs, with population up 7.7% overall. Furthermore, there are several direct and indirect factors that effect on demand and offer of rent market:

· comeback of inhabitants who left the city during pandemic;

· rise of divorce rate force couples to seek another rents;

· spike of tourism after lockdown;

According to current estimates published in «2021 New York City Housing and Vacancy Survey Selected Initial Findings», – «In 2021, more than half of renter households (53 percent or just under 1 million households) were rent burdened; one third (32 percent or just under 600,000 households) were severely burdened. In classification into three levels of rent burden: severely rent burdened, defined as those who paid more than half of household income toward rent; moderately rent burdened, defined as those who paid between 30 and 50 percent of income toward rent; and not rent burdened, defined as those who paid 30 percent or less of income toward rent». As a result, in New York the talented generation from the middle and low class is protected from renting, which may turn into self-defeating innovative climate for business in the city. At international level and worse scenario, the city begins to lose a group of professionals to Chinese cities, where an environment for educational and professional careers is sustainable and competitive enough.

The case of Dubai

Dubai, as one of the most rapidly developing cities in the UAE, is so engaged in converging talents from the world through oil-money as a part of their diversification projects that the cities are on the threshold of the case the same as that in New York. Average rents in Dubai in the 12 months to May 2022 have increased by 19.1%, simultaneously in Abu Dhabi by 1.6%. Conversely, in Ajman and Sharjah the trends have decreased by 8.62% and 8.8%. The reasons of varying rental markets between Dubai and other Emirates’ cities are:

Firstly, it is due to the fact that the enormous number of migrating people, no matter whether they are white-collars or blue-collars, are affecting to the demand for renting as well as consumer prices by nature (Graph 1).

Secondly and the most importantly, enormous amount of salaries for specialists put the prices under inflation-related pressure while accumulation of cadres of various sectors, from tourism through construction to cyber sphere, is an integral part of transformation of economy. Overall, both factors risk on accomplishing strategic projects of government including hi-tech programs in cyber field from the point of financial point of mobility and affordability of talents.

The findings mean that the existing situation in Dubai releases two challenges that influence on competitiveness of the city with the cities around the globe:

First of all, the income burden due to high costs (real income – net income – renting costs – consumer prices) demotivate the middle class specialists in data security, telecommunications industry, institutional research and so forth, which are main driver of progressive society.

Secondly and the most importantly, the city is expected to be closed for low-income and middle income students unless they are granted with governmental, organizational or university scholarships. It means that Dubai will be losing potential talents for its future cyber plans.

It is time for territorial diversification

As long as the flow of intellectuals from abroad and growth of cadres from national universities play an integral role in shaping innovative climate including cyber sphere, the UAE should avoid being protected from self-defeating renting costs (+ consumer prices) in Dubai (possibly in Abu Dhabi too). In condition that «the global cyber security industry has 2.5-million jobs gap it must fill to keep up with an evolving digital underworld», national governments including city and local administrations are expected to be competing for suitable candidates for their strategies. Such trends must be a call for vigilance for the Emirates to save its ambitions in «the UAE’s National Cyber Security strategy», in which the importance of the attraction of cybersecurity professionals and students is noticed.

It is assuming that the oil-money is limited to support the high-wages to IT specialists for long, which instigates the outflow of knowledge once a financial crises spikes (as in 2008 or the fall of oil prices in corona-crisis). Furthermore, global competition for cyber security professionals continue, a chance of better job offers from international counterparts of the Emirates (Singapore, Qatar, Saudi Arabia) remain. This case happens to turn the tide in the cyber field unless the wages compensate the renting costs and consumer prices less than in the Emirates’ competitors. For example, Ling Shao, an Executive Vice President and Provost of Mohamed bin Zayed University of Artificial Intelligence, moved to Saudi Arabia to coordinate National Center of Artificial Intelligence for 4 months’ period.

Along with the IT professionals, students gain importance as long as they can be educated with national cyber identity besides their academic sphere. In case of financial, political or economic crisis, patriotic-educated «army» stays for service as Dmitry Pozharsky during Russian war against Poland.

The variant of solution by rising salaries proportionally with the renting and customer costs brings to a point where business (even government organization if a financial crisis happens) cannot afford to hire adequately skilled cybersecurity professionals. In other words, it is a paradoxical situation of choice between the affordability of labor for business or affordability of city climate for workforce, which earlier or later may influence the realization of goals of national cybersecurity strategy. This cycle of affordability means that living in Dubai (following by Abu Dhabi) requires high renting and customer spending while professionals and students require higher compensation for their salaries but business cannot afford.

Gulf News reports that «According to a survey, 74% companies in UAE are feeling the pressures of a post-pandemic labor market, where earlier salary packages are proving unattractive for the talent pool».

Another to option to avert the negative costs of rising prices in Dubai (possibly followed by Abu Dhabi) due to the amassing population and capital in a few cities, the President of the Emirates should persuade the leaders of each administration to diversify investment territorially. Transfer of middle-class sectors from leading cities to the others diversify the ecosystem for further innovative since competitiveness of life conditions and living costs remain competitive with regional and international counterparts. As a result, progressive cities such as Dubai or Abu Dhabi may lose part of their business to Ajman or Umm al-Quwain in near future, nevertheless, they can save the inflow of human capital constantly for their strategically important sectors including cyber security. In some cases, the aspects imitate «specialization of cities by sectors» in the Middle Ages’ Europe, which strengthened mutual connection rather than division. In mainstream, Dubai (possibly Abu Dhabi) should come out as locomotive for their ally-cities to keep the growth of their own critical sectors, to mitigate the pressure of amassing people and to lead the whole country technologically.

Eric Kober, Manhattan Institute Senior Fellow, in his report named “How to Solve New York City’s Housing Crisis: Building New Housing in Restricted High-Opportunity Neighborhoods” push forward an idea about building apartments in “six New York City community districts where little new housing was added in the 2010–20 decade.” The author adds that «If the current administration can amass an effective political coalition that will not succumb to antidevelopment activists, it can take advantage of widely available new housing opportunities in these high-opportunity neighborhoods» [1]. Comparatively analyzing the upcoming tendency of Dubai (possibly Abu Dhabi) with the «syndrome» of renting crisis in New York, it can be concluded that it is time for diplomacy among sheikhdoms in the United Arab Emirates to avoid unaffordability of its cities for the capital of knowledge and keep the developing ecosystem of innovative capabilities.