It is important that the first post of this blog addresses the theoretical foundation of its subject, namely the environment in which unrecognised states are assumed to operate and the structural restraints this may place upon them. The study of unrecognised states is, by extension, a study of small states, thus it is appropriate to operate within the theoretical boundaries of small state studies.

The study of small states is, until relatively recently, something that has been largely overlooked in the field of International Relations (IR). The discipline focuses almost exclusively on the norms and actions of ‘great power politics’, finding its epitome in the power-oriented and theoretically dominant realist school.

Nevertheless there remains valid reasoning behind the study of small state behaviour, not least because the majority of states present in the international system as well as all of the worlds unrecognised states may be defined as ‘small’. Secondly, due to the necessary reliance of small states upon international institutions, a greater understanding of the latter as foci of foreign policy may be gained through the study of constitutive relations among the smaller units of the state system. 1 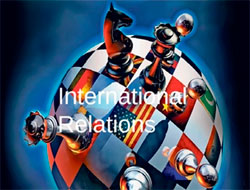 For an appropriate overview of prevailing theory on small state behaviour to be provided it is first necessary to define the parameters of what constitutes a small state. In this regard it should be mentioned that there is no clear-cut and widely accepted definition of a small state, with definitions divided between more definable qualitative and quantitative aspects, and those less definable attributes such as political and cultural influence. 2 Qualitative attributes include intrinsic physical factors such as geographical characteristics. While quantitative attributes include land area, population size, Gross Domestic Product (GDP), Gross National Product (GNP) and per-capita income. 3  An additional criterion for small statehood is that of perception, both in terms of how the state views itself and how it is viewed by others. This notion is summarised by Jeanne Hey: “if states, people and institutions generally perceive themselves to be small, or if any other state, peoples or institutions perceive that state as small, it shall be so considered.” 4 For the purpose of this blog “small” shall be determined by a combination of GDP and population; thus the entity must possess a GDP of no more than $12 billion in combination with a population of no more than 5 million. These figures have been chosen as they encompass all of the existing unrecognised and partially recognised states (with the exception of Taiwan) but excludes relatively powerful recognised entities comparable in Geographic scope, such as the Persian Gulf Emirates. Taiwan will receive the necessary clarification in a later post.

Finally, it is important to distinguish between a small state and a micro-state. A micro-state may be defined as “those states whose claim to maintain effective sovereignty on a territory is in some way questioned by other states, and that cannot maintain what larger states at any one given time define as the minimum required presence in the international society of states (membership in international organisations, embassies in key capitals etc.) because of a perceived lack of resources.” 5  Such definitions will be applied where appropriate in later posts.

The general lack of resources possessed by a small state usually translates to a smaller absolute allocation of resources to foreign affairs and the general international sector. This in turn will be reflected in the size and capacity of the foreign policy-making machinery. 6 Such fiscal and diplomatic restrictions are not ubiquitous for all small states however; the emirates of the Persian Gulf are by most accounts considered “small” but command a disproportionate diplomatic presence due to their wealth and strategic positioning. This is an important attribute of unrecognised states, as it acts in combination with systemic restraints to seriously constrain freedom of action in the international sphere.

The most cited IR theory with regards to small states is that of neo-realism. Neo-realism assumes that it is international constraints that influence state behaviour, in general overriding domestic interests and internal political struggles.  7 This assumption, intertwined as it is with the discipline of geopolitics and rational thought theory, essentially reduces the foreign policy of small states to predetermined actions outside of their control. The founding father of neo-realism, Kenneth Waltz, ascribed to the overarching realist principle of anarchy as the structure within which the international system operates. This structure “affects behaviour within the system, but does so indirectly. The effects are produced in two ways: through socialisation of the actors and through competition among them.”  8 This systemic interaction is devoid of every other attribute (whether the state is recognised or not, system of government etc.) aside from qualification as a state and the states capabilities within the international system. 9

The importance of studying the institutional (both formal and informal) restraints of small states is identified by Bjol: “For the small state … the environment is a much more important variable than for a great power, and hence any reasoning about its role should probably start by an identification of the type of international system in which it has to operate.” 10

However neo-realism is often criticised for its a-historical nature and tendency to ignore international institutions, 11  both factors critical to understanding the actions of small states. This fault may lie in an overreliance on rational thought theory, assuming that people and thus states can be relied upon to act in ways which best secure their goals and that these goals reflect their self-interest, to the extent that their actions can be predicted. 12

An example of neo-realist-observed international constraints on state policy can be found in Steven Walt’s The Origins of Alliances. Walt identified two options for those states confronted with an external threat (this threat may be existential or otherwise, e.g. economic): balancing or bandwagoning. Balancing is defined as allying with others against the prevailing threat (balancing can also be achieved by mobilisation of domestic resources rather than relying on allied support) 13, whilst bandwagoning refers to alignment with the source of danger. 14 He goes on to elaborate:

Because balancing and bandwagoning are more accurately viewed as a response to threats it is important to consider other factors that will affect the level of threat that states may pose: aggregate power, geographical proximity, offensive power, and aggressive intentions… The greater the threat, the greater the probability that the vulnerable state will seek an alliance. 15

With regards to small states Walt asserts that the weaker the state, the greater the probability of it bandwagoning. 16 This is due to their inability to effectively influence a defensive coalition, or the existence of a situation whereby allies are simply unavailable. This theoretical observation is directly applicable to unrecognised states, as the environment in which they exist is by definition hostile; these entities all face existential threats from the state from which they originally seceded. The behavioural actions identified by Walt provide a simple method with which to make sense of small and unrecognised states’ actions.

To conclude, for the purpose of this blog unrecognised states are assumed to exist within a neo-realist inspired international system, wherein their uncertain legal position further aggravates their weakness. However due to the a-historic weakness of neo-realism, aspects of constructivism will be adopted where appropriate. The next post will address why unrecognised entities remain unrecognised and how legal ambiguities affect foreign and domestic politics.

Should you have any queries regarding the topic of this post please do submit a comment below; all such queries will be addressed as soon as possible.

6. East, Maurice A ‘Foreign Policy-Making in Small States: Some Theoretical Observations based on a Study of the Uganda Ministry of Foreign Affairs’ Policy Sciences Vol. 4 pp. 491-508 (1973) p. 492