The Validity of the Term "State" in a De Facto Context 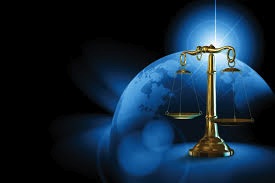 As regards the current legal status of statehood there is little basis enshrined in law with which to disqualify the majority of unrecognised states. Proponents of emergent independence often reference the factually based provisions of statehood outlined in Article One of the Montevideo Convention, which defines an entity as a state if it possesses the following:

4.     The capacity to enter into relations with other states[i]

It is clear that the large majority of the world’s unrecognised, de facto independent entities fulfil these requirements. They all maintain a permanent population (not withstanding the issue of displaced persons), control a defined territory that is administered by a sovereign government that maintains the demonstrated ability to engage in foreign relations. Of these, points 3 and 4 are the most open to interpretation. Whilst there are many (and often well grounded) accusations that unrecognised states are simply vassals of external powers this is not a phenomenon unique to unrecognised entities. Many recognised states with a seat in the United Nations forfeit numerous traditional sovereign attributes willingly (for example the legislative power granted by Monaco to France) yet are not deemed to have surrendered their independence. In addition, whilst unrecognised states undoubtedly struggle in their orchestration of formal foreign interaction it is usual to find interaction at some level with an external patron state, thus fulfilling the fourth requisite of the Montevideo Convention.

Crucially, Article Three of the convention also outlines that:

The political existence of the state is independent of recognition by the other states. Even before recognition the state has the right to defend its integrity and independence, to provide for its conservation and prosperity, and consequently to organize itself as it sees fit, to legislate upon its interests, administer its services, and to define the jurisdiction and competence of its courts. The exercise of these rights has no other limitation than the exercise of the rights of other states according to international law.[ii]

Article Three serves to highlight the discrepancy between internal and external sovereignty, an issue explored in the two schools of thought concerning the recognition of states and the nature of sovereignty; these are declarative theory and constitutive theory.

Declarative theory identifies recognition as a purely political act, independent of any legal basis. This theory is widely maintained within the literature on international law as well as in the practice, if not the rhetoric, of states.[iii] However declarative theory does foster discontent regarding its utility. This disagreement centres on the issue that even if an entity should meet the requisites outlined above an un-recognised state does not maintain a legal personality, for example being unable to represent itself in international institutions, and as such cannot be considered a state. In addition declarative theory does not concern itself with the method by which the entity has become autonomous, even if this method in and of itself involved the breach of international law. Non-recognition by other states thus represents a form of legal sanction upon the law-breaking entity.[iv]

Constitutive theory, however, considers recognition to be a vital attribute of statehood, claiming: “the rights and duties pertaining to statehood derive from recognition only.”[v] Ryngaert and Sobria observe that “This theory is supported by the traditional positivist conception of international law as a consensual jus gentium voluntarium: an entity can only develop into a state with the agreement of other states.”[vi] Nevertheless constitutive theorists decline to specify how many states need recognise an entity in order for its incipient statehood to become valid; this leaves the status of partially recognised states ambiguous.[vii]

This ambiguity is part of a recent trend concerning the contemporary inconsistency in the application of international law, especially in the fields of the application of military force and state recognition. A precedent cited constantly by de facto authority officials regarding the issue of recognition is that of Kosovo, considering the latter was recognised very swiftly by a large proportion of those states that simultaneously call for the maintenance of international territorial integrity.

An issue also exists with regard to the often violent nature of secession, epitomised by the United Nations’ principle of ‘non-use of force’, whereby:

All Members shall refrain in their international relations from the threat or use of force against the territorial integrity or political independence of any state, or in any other manner inconsistent with the Purposes of the United Nations.[viii]

In this instance unrecognised states may be seen as subject to this law despite its not being members of the UN. The requisites of Article 4 of the Articles on the Responsibility of States for International Wrongful Acts condition:

The conduct of any State organ shall be considered an act of that State under international law, whether the organ exercises legislative, executive, judicial or any other functions, whatever position it holds in the organization of the State, and whatever its character as an organ of the central government or of a territorial unit of the State.[ix]

Partition as a result of civil war is something that has received considerable coverage in academic literature in the post Cold War world; this topic is so vital to properly understanding unrecognised states that it will feature as the topic of a later blog post.

Finally there has been posited a ‘second generation’ of criteria for international recognition, such as respect for human rights, minority protection and democracy. These criteria stem from the tension surrounding the debate between statehood as a factual given and statehood as a moral engagement.[x] In response to this (relatively new) international norm unrecognised states have been observed to modify their political system in an effort to secure recognition, with varying degrees of success. By necessity such actions are constantly in flux, and beyond the remit of this post. However a small future article will be dedicated to this evolving state-building process, with later case studies applying it to specific entities.

To conclude, the term “state” is perfectly valid when referring to unrecognised states, however theoretical discrepancy does exist with regard to the nature of sovereignty. There do remain valid reasons for not bestowing recognition on an entity, however in practice these are applied inconsistently, contributing to the sense of limbo apparent in the unrecognised states of the world.

This is a constantly evolving topic and one that warrants further exploration, further posts will examine the points outlined here in greater detail. Until then please feel free to post questions or comments in the space provided, and I will endeavour to respond in a befitting manner.

[i] Montevideo Convention on the Rights and Duties of States (1933) Available: http://www.jus.uio.no/english/services/library/treaties/01/1-02/rights-duties-states.xml Last accessed February 2013

[vii] Chirikba, Vlacheslav (2009, 30 May) The International Legal Status of the Republic of Abkhazia in the Light of International Law Paper read at the conference ‘Independence of Abkhazia and Prospects for the Caucasus’ Bilgi University, Istanbul (30 May 2009) p.5