Phil Gurski: G8 Was a Good Forum for Sharing Information

As it is often the case, politically motivated decisions — especially those that receive major international implications — become a real pain in the neck for professionals. Primarily, this concerns the area of security and, in particular, counter-terrorism efforts, which should be conducted within the framework of international cooperation. A vivid example is the suspension of Russia’s membership in the G8 in March 2014 due to Crimea becoming part of the Russian Federation. The other members of this international club — the USA, Canada, Great Britain, Germany, Italy, France, and Japan — have returned to the format of the G7.

Probably, Western politicians considered that move as a sort of lever of pressure, whereas for many professionals it has turned into an obstacle to effective cooperation. So, Canadian terrorism expert Phil Gurski, who interacted with his Russian counterparts within the framework of G8, told the RIAC about the importance of information sharing and called for finding ways of cooperation with the Russian party.

We should remind you that this year, the 44th G7 summit will be held on June in Canada. The list of the main themes of the summit are available on its official website.

As a reference, Phil Gurski worked as a senior strategic analyst at CSIS (Canadian Security Intelligence Service) from 2001-2015, specializing in violent Islamist-inspired homegrown extremism and radicalisation. From 1983 to 2001, he was employed as a senior multilingual analyst at Communications Security Establishment, specialising in the Middle East. He also served as senior special advisor in the National Security Directorate at Public Safety Canada from 2013, focusing on community outreach and training on radicalisation to violence until his retirement from the civil service in May 2015, and as consultant for the Ontario Provincial Police’s Anti-Terrorism Section in 2015.

At present, Mr. Gurski is the President and CEO of Borealis Threat and Risk Consulting Ltd, an agency that offers advice on security situations in the world's conflict zones and insight into dealing with the terrorist threat, as well as provides training. Phil Gurski is a professor of intelligence in the School of Emergency Management at George Brown College in Toronto, an associate fellow at the International Centre for Counter Terrorism (ICCT) in the Netherlands, a fellow at Carleton University’s Norman Paterson School for International Affairs (NPSIA), a digital fellow at the Montreal Institute for Genocide Studies at Concordia University and an affiliate of the Canadian network for research on Terrorism Security and Society (TSAS). 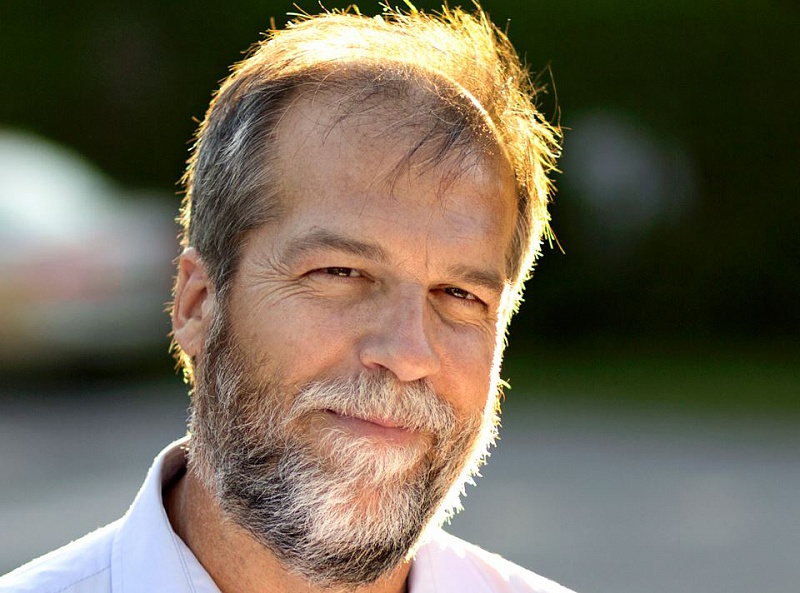 Q: You specialize in Islamic extremism. How would you assess the level of a risk posed to Canada in this regard?

Phil Gurski: The threat now is officially medium in Canada but if you look at what has happened over the past 15 to 20 years, I would say that the threat is relatively low. We have not had any major attacks here in Canada. Sometimes, they have been stopped thanks to officials but we have not had anything like in Barcelona, Nice or London. So, it is relatively low but something that is certainly a priority for the security services.

We also have Canadians who have got outside of the country to join groups like Islamic State and have carried out attacks outside of Canada. And, of course, we are worried about the possibility that some might come home radicalized and do something in Canada. Canada generally is not a top target for terrorist groups. I mean, terrorist groups do look at Canada but the United States, United Kingdom is a much higher target than Canada. So we have to be vigilant but we do not have to panic.

Q: You have an extensive experience in the intelligence community as a strategic analyst. In your opinion, what are the main challenges to international security today?

P.G: The main challenges are the fact that there are so many different terrorist groups that are acting around the world. And we know that citizens of many countries are going to join these groups. So I think that we have to cooperate as much as we can in Syria and Tunisia so that we can act to prevent attacks from happening. The challenges are to find ways to share intelligence and information so that we can be better prepared as an international community to prevent acts of terrorism from happening.

Q: You said that you had a personal experience of engaging with Russian colleagues. If you don’t mind me asking, what was it about? Could you share your impressions?

P.G: I did cooperate with Russian authorities where Russia was a member of G8, that is a group of nations where Russians aren’t anymore. I have found that G8 is a good forum, good gathering for intelligence officials to get together and share about what they work about, what the threat level is. Again, I am a big believer in sharing information. So, the fact that Russia is no longer a member of G8… I think that we have to find ways to cooperate — within certain limits obviously — and take the lead from the governments and foreign ministries because terrorism is a threat that we all face and it’s a threat to all of us.

Q: At present, you provide consultations on how to counter terrorism. From your experience, what are typical mistakes in this field?

P.G: The biggest mistake is thinking that terrorism is something that happens only in certain communities. For example, there are people who believe that all Muslims are terrorists. In many countries, there are many types of groups, many types of ideologies. I think that countries do not see enough the value of working with communities to try to identify people who might pose a threat or identify people who are maybe starting to think along these lines and they can be diverted with the right kind of intervention.

So, I think that people fail to realize that counter-terrorism is not just the security service, not just the police, it is a problem to all the society. To stop people from becoming terrorists, we have to work together as communities of governments and citizens and better educate ourselves so that we can work together to try to prevent terrorist acts from happening.

Q: You are the author of 4 books on the threat of terrorism. These are “The Threat from Within: Recognizing Al Qaeda-Inspired Radicalization and Terrorism in the West”, “Western Foreign Fighters: The Threat to Homeland and International Security”, “The Lesser Jihads: Bringing Islamist Extremism To The World”. And the fourth one — “An End to the War on Terrorism” is coming out this fall. What are the key messages of these books?

The first book is called “The Threat from Within” and it is a book that looks at radicalization as a phenomenon: what it is, what it looks like and tries to educate people to detect signs of people being radicalized to violence. The second book is entitled “Western Foreign Fighters” and looks at a phenomenon of Westerners who have gone to fight with Islamic State in 2013, 2014, ad 2015. It discusses why they travel, what threat they pose and the challenges of dealing with those who returned to their homelands. The third book is called “The Lesser Jihads” and it is a book about what happens after Islamic State, meaning the legacy of other types of conflicts, where people may want to travel to engage with terrorist groups. It discusses two dozen conflicts around the world.

My fourth book is called “An End to the War on Terrorism” and it is a retrospective look at counterterrorism since 9/11, looking at what we have done well, what we have not done so well. And maybe there is a reason for looking at counterterrorism as a problem of the whole society, as opposed to the military problem or security intelligence problem. I spent a lot of time pondering where we have to stop, what is the progress of the war. Because we must look at it in a much more creative fashion to find a better solution. This book is coming out in September this year.