Russia and the Middle East: Diplomacy and Security

Since the United Nations (UN) backed Kuwait peace talks on Yemen were first announced in April 2016, the international community has viewed a settlement between Saudi-backed President Abd Rabbuh Mansur Hadi and Houthi rebel forces as the ultimate path to resolving the Yemen conflict. While the recent congregation of pro-Hadi and Houthi representatives in Sweden has bolstered the prospects of peace between these two groups, the intra-regional conflict between the Yemeni government and south Yemeni separatists has intensified under the radar of the international media.

The Southern Transitional Council (STC)’s discontent with a peace process that has largely ignored south Yemeni interests was underscored by south Yemeni separatist demonstrations in Sweden that called for the creation of an independent state in southern Yemen, called South Arabia. These protests resonated strongly in Russia. Senior Kremlin policymakers, like Russian Ambassador to Yemen Vladimir Dedushkin and Russian representative to the UN, Vasily Nebenzia, have emphasized the importance of addressing the south Yemeni cause, while other great powers have neglected the region’s unique concerns. 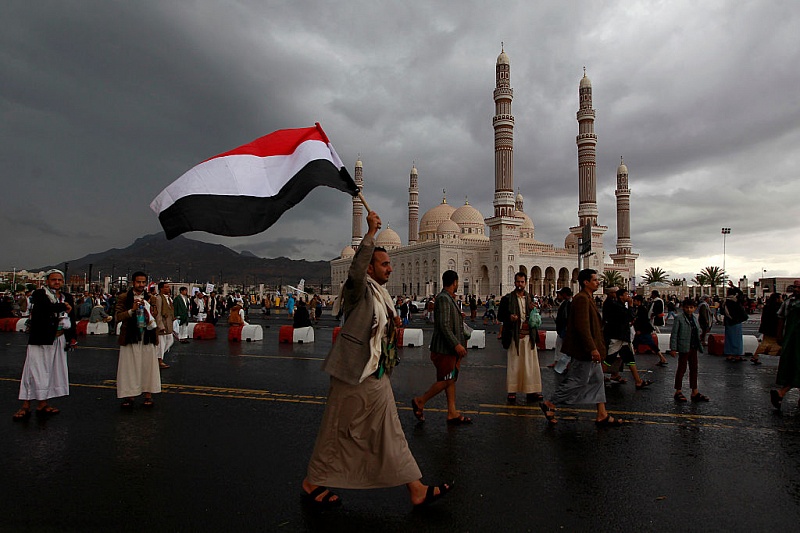 Sourse: www.usnews.com
Russia’s interest in southern Yemen is long-standing, as the Soviet Union viewed the Marxist-Leninist state of South Yemen as its strongest ally in the Middle East from 1967 to 1990. The port city of Aden hosted a major Soviet military base in the Red Sea and the island of Socotra provided valuable assistance to Soviet naval deployments in this strategically important region.

As thousands of south Yemenis studied in Soviet educational institutions and Soviet researchers travelled to the region in large numbers, a close relationship was forged between the Soviet Union and southern Yemen. This special relationship persists to this day. During our recent interview, the STC’s representative to the European Union, Ahmed bin Fareed stated that even though the ideological synergies that bound the Soviet Union to South Yemen no longer exist, the STC has a firm pathway to good relations with Russia. The STC also maintains an office in Moscow to cultivate good relations with Russian policymakers.

The strong relationship between Russia and southern Yemen is demonstrated by Moscow’s extensive commitment to promoting cross-factional dialogue in southern Yemen. In March, Ambassador Dedushkin met with Fuad Rashid, the First Vice President of the Southern Movement’s Supreme Council, and two other south Yemeni officials, to discuss constitutional obstacles to resolving the Yemen conflict. This meeting resulted in Rashid’s pledge to convince south Yemeni nationalists to refrain from further political violence and accept the terms of UN Resolution 2216, which calls for a cessation of hostilities in Yemen.

In spite of these successes, the south Yemeni struggle for independence continues to fuel apprehension in Russia. In particular, some Russian analysts believe that the establishment of an autonomous or independent south Yemeni state would lead to political infighting that could destabilize the Red Sea region and impede Yemen’s reconstruction. Tensions between pro-Hadi factions and hardline south Yemeni separatists have been cited by opponents of south Yemeni autonomy as proof of the unviability of a south Yemeni state. This discord hearkens back to the 1986 conflict between hardline Marxists and moderate President Ali Nasser Mohammed, which killed between 4,000 to 10,000 people in 11 days and threatened the Soviet Union’s vital security interests on the Red Sea.

Given the success of recent mediation initiatives and the current weakness of the Yemen Socialist Party (YSP), south Yemeni nationalists argue that these concerns are exaggerated. During our interview, Ahmed bin Fareed contended that rival south Yemeni factions took a major step towards reconciliation during a landmark 2006 peace agreement. As an official representative of the STC, he argues that although the YSP made some mistakes as South Yemen’s governing party during the Cold War, it deserves praise for maintaining domestic state order and advancing women’s rights. Bin Fareed also pointed out that the YSP does not threaten the STC. The YSP lacks the ability to influence public opinion in south Yemen or dominate regional politics as an independent entity, and many YSP leadership figures are members of the STC. From bin Fareed’s perspective, these points underscore south Yemen’s ability to avoid a repeat of a 1986-style civil war, in its crusade for political independence.

Some Russian analysts are also concerned about the feasibility of a south Yemeni state, if it were to emerge as a result of a peace settlement. The STC’s dependence on the United Arab Emirates (UAE) for financial and military support has fueled concerns that the UAE will use southern Yemen as a proxy or protectorate to enhance its power projection ambitions in the Horn of Africa. This outcome is undesirable for Russian policymakers, who were concerned by the UAE’s use of force in Socotra and could test the strength of the growing partnership between Moscow and Abu Dhabi.

In our interview, Ahmed bin Fareed sought to assuage these concerns by highlighting the legitimacy of south Yemen’s separatist ambitions and potential for south Yemen to devise a truly independent foreign policy. Bin Fareed noted that the unification of Yemen in 1990 occurred without the promotion of inter-regional cultural understanding, and left Yemen extremely vulnerable to renewed political conflict. To rectify this cycle of violence, bin Fareed argues that the STC is firmly committed to creating a south Yemeni state. On the issue of maintaining autonomy from the UAE, Bin Fareed stated that the STC is grateful for the UAE’s assistance and wants a good relationship with Abu Dhabi. However, the STC’s cultivation of diplomatic ties with countries around the world will allow an independent south Yemeni state to maintain an autonomous foreign policy.

While the impact of the Sweden peace talks on south Yemen’s political future remains unclear, Russia has astutely paid closer attention to this dimension of the conflict than other great powers. Although legitimate concerns still remain about the viability and character of a potential south Yemeni state, the STC is likely to strengthen its relationship with Russia in the months to come.

Samuel Ramani is a doctoral candidate in International Relations at St. Antony’s College, University of Oxford, specializing in Russia’s relationship with the Middle East. He is also an expert at the Valdai Discussion Club. He can be followed on Twitter at samramani2.

Blog: Russia and the Middle East: Diplomacy and Security