Since Russia’s special military operation in Ukraine began on February 24, 2022, Europe has sought to wean itself of the dependence on Russian energy, looking for alternatives to Russian-sourced oil and gas. Although Germany has proven hesitant to follow suite, Spain, Italy, Greece, and France have begun diversifying their options and hunting for new energy suppliers among the oil and gas rich nations of the MENA region (e.g., the UAE, Qatar, and Algeria)—chief among which being Algeria. While Madrid, Athens, and Rome have pursued new energy arrangements with Algiers in recent months, this decision presents a few logistical complications as well as policy implications for a Europe hoping to present a common front in the face of worsening relations with Russia. 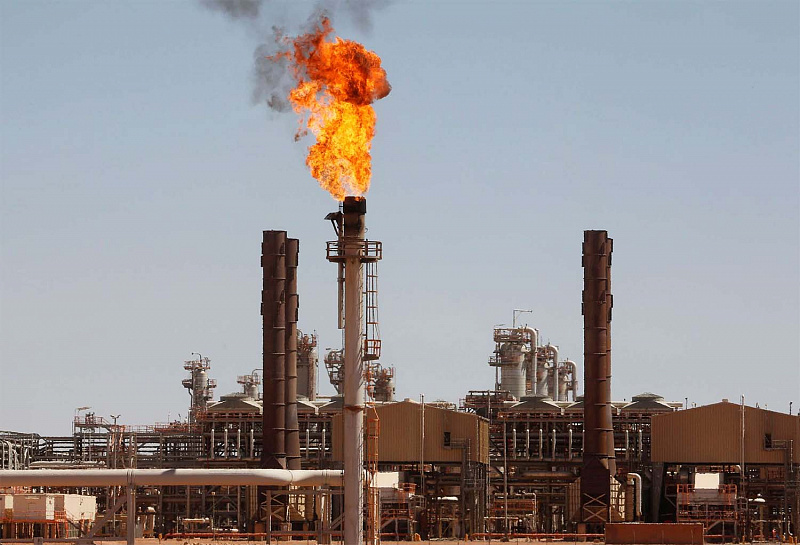 Among these complications are Algeria’s technical ability to provide such a quantity of liquified natural gas (LNG) to Europe in such a short timeframe and that the use of European funds to purchase Algerian LNG may inadvertently circle back to the Russian economy as Algeria maintains its status as the largest single purchaser of Russian arms in Africa. These two complications add up to the reports that European countries – primarily, Germany – have in fact increased their purchase of Russian energy in the period of January 2022 – April 2022. Diminishing the constraints to the Russian economy that European policymakers are trying to impose on Russia while undermining the restrictive actions that the EU is trying to convey to their respective citizenries through increased sanctions on the Russian energy industry.

The list of European countries now interested in Algerian gas is growing. However, Algiers’ capacity for extracting and transporting that gas effectively to Europe has not matched this demand. Previously Europe’s third largest supplier of gas – behind Russia and Norway – Algeria accounted for 8% of the European Union’s total gas imports in 2021 or 34 billion cubic meters, overall. Compared to some 20% – or 130 billion cubic meters – exported to the European Union from Russia in the same year. Additionally, some experts posit that the suspended transfer of Russian LNG through the Nord Stream I and II pipelines could lead to a 40% reduction in Europe’s gas imports in 2022-2024. This meaning that Algeria would need to mobilize available LNG reserves and increase production by at least 12-38% in order to meet the needs of the European energy market before Fall and Winter 2022, when energy demands across the EU will surely surpass current needs.

Although Algiers has assured European partners, such as Italy, that it could meet growing energy demands for Algerian LNG in March 2022. There are still many questions as to whether Algeria could furnish Europe with the energy supply it requires via its Mediterranean pipeline. Algerian natural resource company Sonatrach is currently working with EU partners, such as Italian gas company Eni and French gas company Total, to enhance the extraction of LNG resources in new oil fields located in the central and southern regions of the country. However, there are still caveats which could prevent Algeria from meeting European demands in 2022-2024. Since 2019, Algeria has been facing both increased domestic demands for LNG reserves as well as mounting political instability since protests in 2019 and the stepdown of five-term president Abdelaziz Bouteflika in 2021. Moreover, state-owned oil company Sonatrach continues to battle rigid bureaucracy slowdowns, impeding its extraction of refinement operations. Additionally, Sonatrach has been known to set tough contract terms with external buyers, and has faced continual security concerns, suffering hacks on its central processing facilities which have minimized gas extraction and transportation.

It will be a herculean task to achieve, but if Algeria can meet demand amid internal instability and inconsistency in oil supply chains, the country stands to make a sizeable profit. Cornering the lion’s share of the $107.87 billion wide gap left in the European energy market if all Russian sales to the region stops in 2022-2024.

Even a fraction of this $107.87 billion dollar sum could provide Algeria with the funds necessary to improve its infrastructure, reinvest in its energy sector or even ensure the development of green hydrogen-based energies promised by Eni and Italian Foreign Minister Mario Draghi during energy negotiations in March 2022. Therefore, securing the ability of Algiers to remain a formidable energy exporter in the region. Although, conversely, the windfalls from EU-Algeria energy agreements could be mobilized to shore up domestic instability within Algeria through military-technological development and capacity-building of Algeria’s external and internal security services.

As the largest purchaser of Russian small arms and military equipment in Africa, Algeria could seek to deepen its military-technological development and military capacity building through the continued purchase of Russian arms and military equipment from Rosobornexport, Russia’s leading military arms purveyor. In such a case, Algiers could utilize a portion of the windfalls from LNG sales to Europe to purchase additional Russian armaments and to secure further security partnership agreements with the Russian Federation. As it stands, Roughly 70% of Algeria’s small arms (rifles, ammunition, etc.) and military equipment (artillery, tactical, and armored vehicles) are sourced from Russia, according to the Stockholm International Peace Research Institute (SIPRI). The value of this equipment reached a value of $4.2 billion in 2016-2020. These purchases are in addition to security partnership agreements with Moscow for the provision of more advanced weaponry, such as MiG-22s, S300 rocket systems, and more. A long-time weapons supplier to Algeria, the Russian Federation could stand to gain from Algeria’s recent fortune in the EU energy market.

Since the early 2000s, North African countries (e.g., Algeria, Libya, and Morocco) have engaged with the Russian security market. However, due to encroaching competitors from the U.S. and E.U. in Morocco, political fragmentation in Libya after the 2011 overthrow of Muammar Ghaddafi, and declining state budgets to pay for Russian arms due to the economic ramifications of the COVID-19 pandemic across all three countries, the bulk of Russian arms sales to North Africa and the MENA region have been isolated, primarily, to Algeria and Egypt.

In the context of the current energy crisis in Europe and Egypt’s LNG resources being tied up in ongoing contracts to other gas purchasers, Algeria is left to reap the rewards from emergency sales to European buyers. This may also indicate that the Algerian government will have more financial resources at its disposal to purchase Russian military equipment and small arms. In fact, in July 2021, Algiers secured a $7 billion military purchasing agreement with Moscow for advanced Sukhoi 57 and Sukhoi 34 fighters to bolster the fighting and threat-response capacity of the Algerian navy and air force. Albeit some observers question whether Algeria will maintain such arrangements with Moscow, if it jeopardizes new LNG sales to the European Union.

Despite attempts by the European Union to sanction the supply of Russian energy to Europe, Moscow could recuperate a portion of its lost profits in the European energy market by increasing military sales to Algeria – as well as other oil and gas rich African countries currently being scouted by U.S. and E.U. officials to fill the energy gap left by EU sanctions on Russian oil and gas (e.g., The Democratic Republic of Congo, Nigeria, and Cote d’Ivoire). Russia could also leverage advantageous strategic partnership agreements as well as energy partnership agreements for the development of hydrogen and nuclear power facilities in Algeria – a continual point of discussion in negotiations between Moscow and Algiers throughout the last two decades.

As the probability that the EU and Russia will renew energy agreements decreases over the issue of Ukraine, Algeria can emerge the victor. Garnering state revenues from the sale of LNG and oil to Europe and reinvesting such revenues into its economy, infrastructure, or military apparatus. In the last case, Moscow stands to obtain a portion of its lost profits in the European energy market through the sale of arms and military equipment to a cash flush Algeria. The profits of packaged weapons and energy deals between Algeria and Russia will likely amount to a slim fraction of the windfalls from energy sales that Russia enjoyed with the European Union in 2020-2021, and any such arrangements may likely come under immense scrutiny from an increasingly vigilant and anti-Russia European Union, which may threaten Algeria’s continued engagement with the Russian military-industrial sector. Nevertheless, if deals between Moscow and Algeria do proceed, they would blunt concerted strikes against the Russian economy sustained from EU sanctions on Russian energy. Perhaps expanding Russia’s room for maneuver in the economic sphere and providing Algeria a means to shore up internal instabilities and external threats in the security sphere.