Pakistan: A Canary in a Coal Mine

Why are all eyes turned to Pakistan? Dozens of nations in the free world are currently facing similar circumstances as Pakistan; many are drowning in corruption and fighting for their survival. Chronic incompetence in productivity and perplexing national performance has left these states buried under heaps of unskilled bureaucracies. Corrupt leaders have managed to destroy most national dreams and strangled any possible global opportunities their state may have had.

The Pakistan crisis is a wake-up call to dozens of similar economies; they are anxiously watching how a solo warrior can overturn a mighty power. Imran Khan, a fearless leader, has proven to be in some ways a light in the corruption-engendered darkness. His quest to change Pakistan has brought a revolution management training course to life; colorful minute by minute news feed has been rigorously delivered over the last 200 days. There has never been such a moment in time where regime change was so widely live streamed, capturing its incubation period to the full out revolution. It plays out as if it were a real-life drama, capturing even assassination attempts made on Khan’s life. Such streams will continue until masked corruption in Pakistan is stripped naked for the world to see. There is just no room for fake leadership to hide anymore. 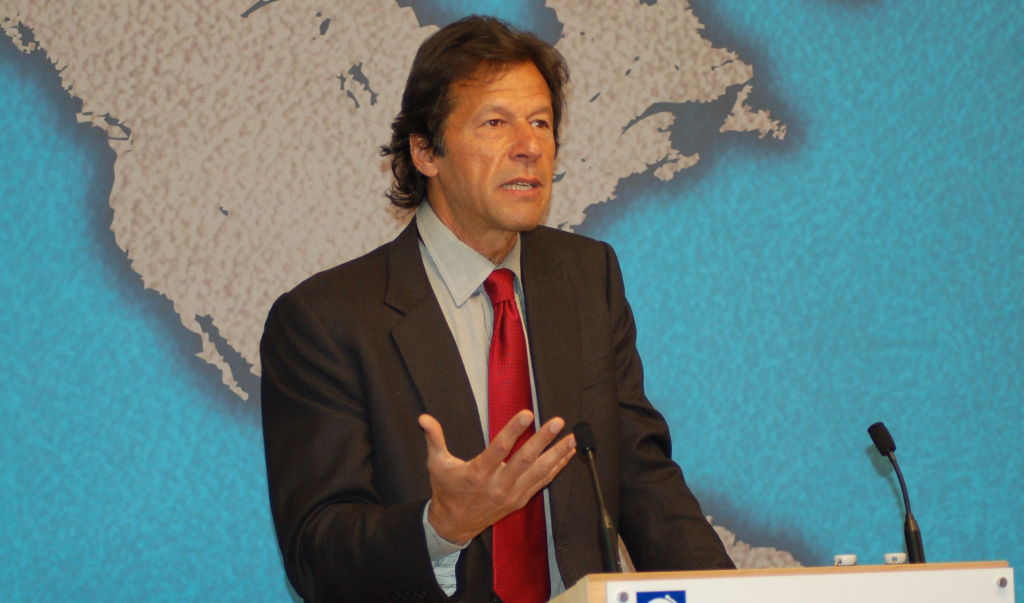 If to take quick look at the world right now, both big and small nations find themselves falling into a panic; some are already under attack by their own restless citizens. Other states seek to learn from Pakistan and adjust to their national challenges or improve their anti-corruption agendas to stop spreading unrest. Nevertheless, many nations that prefer to lead with a corrupted will remain; they cheat, lie and steal, hide in heavenly lush paradises, and use the national treasury as a private and personalized ATM. Their rotten bureaucracies are cemented into today’s blatant incompetency, as they have failed to fix national challenges. Many still suffer from extreme poverty and find themselves disconnected from any organizational support to fight injustice. This leaves them broken and unable to stand up and face the age of global competitiveness. Thus, many hopeless nations are only pretending to have their great houses in order. Yet everything is plain as day; states are living with the absence of rules or laws.

What kind of courage is required? It takes extraordinary do-or-die courage and superior integrity to create and maintain any type of meritocratic bureaucracy for a nation at a time when the world has turned it into an open laundromat for dirty money. Regardless of what bank or institute is or is not involved, or what national policies are being sold off to the highest bidder, more than half the world suffers corruption and lives in its darkness. For many, the states can even be seen as regressing. This is not to be confused by those already drowning in their self-acclaimed success that relies on their fake and corrupted economies. The darkness that plagues state development is now the shadow of a bigger elephant: corruption. It exists in every political rotunda, silencing any notion of reform.

What fabricates a national revolution? First off, a clear message is required for the masses; something easily understood, easy to repeat, and easy to join. This also means open participation for all: anywhere, anytime. However, the most important factor is having a cause that unites participants, making them adopt it as their own. This cause must sum up their life's sufferings. When a repressed citizen itemizes their suffering for decades, the inner urge for change becomes the cause’s forefront driver and aids them in achieving success. This mixture grows volatile and social media fuels protests to become high-octane. However, for incumbent leadership, it is received as a powerful laxative, and within the institutionalized corrupt corridors it appears like a war. While politicians run to washrooms, establishments run to war rooms. It is then when unarmed masses prepare to march and voice their grief, while the establishment tests their riot gear. This is how real revolutions start; this is why billions of people are restless already.

What is the world afraid of right now? Hope has been lost for far too long: generational losses in human talent are now evident, and prolonged corruption has broken down communal mindsets and social structures. There is no trust left in institutions. Many perceive education as a pointless endeavor, especially when there are no jobs available for degree holders. The future appears bleak as there are no credible organizations left to invest in, and uncertainty in the state has blinded everything and everyone. Inflations, recessions, and depression are daily grinds. When combined, all this seems like an end of days scenario. Many surrender themselves to despair, yet it is also during this stormy time when light can shine through the clouds. Looking at the last millennia, there have been endless examples of humankind moving past the darkness and turning on the light, further advancing the world and its people.

Why is Pakistan a canary in a coal mine? Today, Pakistan is a nuclear power and home to the fifth largest population in the world. Much of this population is young, talented and holds great potential, especially being in a valuable geostrategic location. However, more than half of the openly corrupt world is concerned that if “the wizard” Imran Khan succeeds with his once-in-a-century revolution, it would immediately create toxic fumes, expelling Pakistan’s corrupted elite out of the country, as if killing a singing canary in a coal mine. The “global order of the corrupt empires” will be ready for the aftershocks that may place globally interconnected corruption practices under threat.

What is so special about Imran Khan? If to apply internationally available standards of what makes a national political figure a leader, there is nothing particularly special about Imran Khan. He belongs to no political dynasty, had no meteoric rise to power, no institutionalized globe-trotting undertakings, fancy shenanigans on public stages or even behind the curtains. He has no special heavy suitcases, mysterious flights, special vaults, secretive ninja teams, or global legal teams operating in lush heavens. He truly has nothing, other than a ball or a cricket bat in hand and a smile on his face. Khan just seems like an honest guy, one ready to die for a cause he believes in. His faith is his power, and his nation appears equally prepared to follow his lead.

Why is this man at the center of an Oscar-winning script? When was the last time in our modern history, amongst the many dozens of deeply corrupt nations, arose such a lone warrior? Seemingly an outsider, a simple man, one ready to sacrifice everything for a cause? While televised across the world, Imran Khan reveals the unique struggle of Pakistanis to transform their nation and rid themselves of corrupt powers that have strangled the nation for the last 70 years. This media attention can now easily inspire and be replicated by many dozens of new national heroes fighting for something similar. With social media, his flames of protest have caught fire to other nations, engulfing all the nonsensical, openly visible, and corruption-reeked nations of the world, all of which whose policies have strangled billions of citizens across the globe.

Assassination attempts are not over yet; they are still a work in progress. The corruption-plagued darkness in Pakistan may turn around and liberate the free world from corrupt-tyrannies and eventually drain the swamp. However, if the world remains silent, then like an anaconda lurking in the shadows, corrupt leaders will slowly try to strike again as the world closes itself towards a last big flash. What happens when nothing happens? This remains to be a plot for quite an interesting novel, or perhaps a hero in an action movie. Even so, the world awaits.