Ukraine can be the next Denmark: Zelensky Peace Formula and new territorial realities 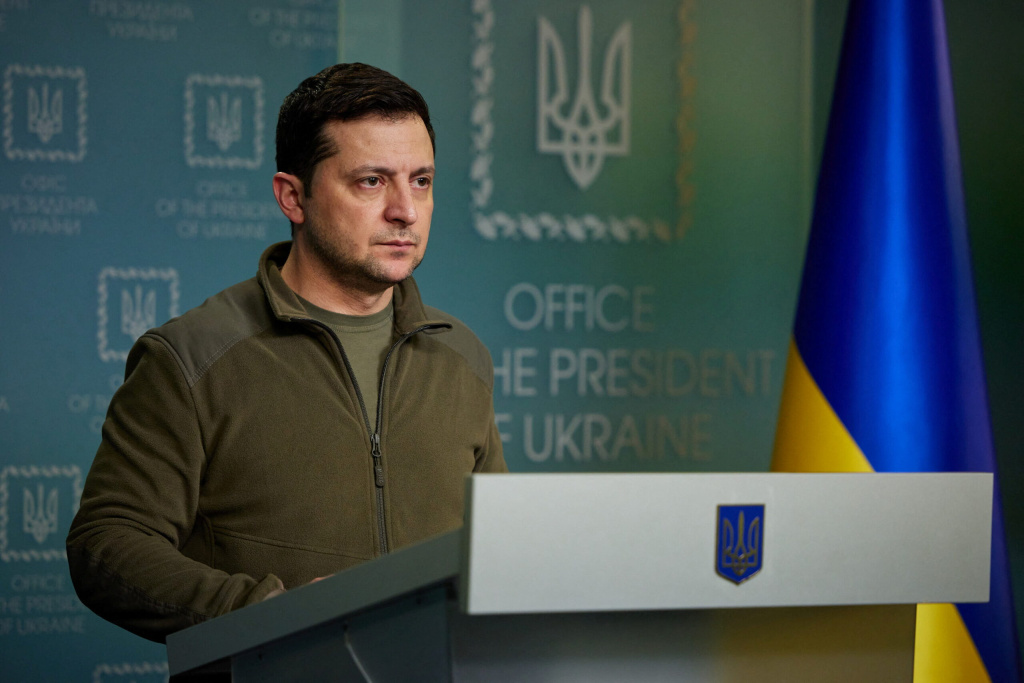 Presidents Zelensky and Putin remained voluntarily vague, in order to keep spaces open for negotiation. In this article, I elaborate their possible compromise a bit further, addressing Zelensky’s points number 5, 6, 9, 7, 4, in this order.

Instead of adding new regions to the Russian Federation, Russia can become supportive of the restoration of Ukraine’s territorial integrity, Crimea included, under strict conditions:

This formula shares similarities with the failed Minsk agreements, but some key differences make success possible:

With this plan, Ukraine joins European countries like Denmark, France and the Netherlands, where national and supranational borders don’t coincide. These 3 EU members have Overseas Countries and Territories, outside of the European Union, which can even build common markets with non-EU members, like the Faroe Islands (Denmark) with Iceland, or free trade agreements, like New Caledonia (France) with Vanuatu.

Moreover, other points below, which were also missing in the Minsk agreements, reinforce the comprehensive character of this new peace settlement.

Russian troops can be progressively withdrawn, so that their number becomes 10 times smaller in the next 14 years, with the objective of total withdrawal afterwards, Sevastopol excluded.

The idea is to withdraw Russian troops like the 2004 Annan peace plan for Cyprus reunification planned for Turkish and Greek troops, in the article 8 on demilitarization. However, Sevastopol remains an exception, like the Sovereign Base Areas of Akrotiri and Dhekelia, which keep British troops totally outside the jurisdiction of both the Republic of Cyprus and the Turkish Republic of Northern Cyprus.

Moreover, demobilized Russian soldiers and volunteers are given the opportunity to join the Ukrainian federal guard, and acquire dual Russian-Ukrainian citizenship, through a naturalization process controlled by their autonomous republic. That was a point of controversy during the 2014–2022 Donbass conflict, discussed in a previous article.

Zelensky proposes to rely on the Kyiv Security Compact, prepared by “leading experts from across the democratic world”, led by Danish expert and former NATO secretary Anders Fogh Rasmussen, who actually recommends escalation of Kiev militaristic policies. For example, Rasmussen proposes the creation of a “self-defence territorial force for all civilians aged above 18 years old. Modelled on countries with active conscription”, something that the democratic world abandoned a long time ago, in favor of new international experiences for their youth: humanitarian volunteering, student exchanges, work & travels…

All Ukrainian men aged above 18 years old are already sacrificed for the “democratic world”, when being banned from travel outside of Ukraine.

Instead, for preventing escalation, Russia should propose progressive demilitarization of the Ukrainian Federation, in exchange of Russian progressive military withdrawal.

The supply of arms to the Ukrainian Federation shall be prohibited in a manner that is legally binding on both importers and exporters; and there shall be no general military training of Ukrainian citizens.

The Ukrainian Federation shall never put its territory at the disposal of foreign military armies, except for Russia in Sevastopol and in agreed temporary military bases.

Again, the idea is to follow the recommendations of article 8 on demilitarization in the Annan Plan for the comprehensive settlement of the Cyprus problem, instead of Rasmussen recommendations in the Kyiv Security Compact. Kofi Annan was a leading expert of the democratic world, and his legacy can be an inspiration for Ukraine security guarantees.

Zelensky proposes the “establishment of a Special Tribunal regarding the crime of Russia’s aggression against Ukraine”. Instead of this ad hoc tribunal, Russia should propose to reform the existing permanent International Criminal Court of the Hague, Netherlands, starting with relocation to neutral territory outside NATO. This reformed permanent ICC should consider all events involving all sides since 2013, including Odessa events in May 2014 and Donbass events in 2014–2022. I made this proposal in a previous article.

The “crime of aggression” charge against Russia should be judged by the reformed ICC in light of the UN Charter, especially article 51, and the Kosovo legal precedent set by the International Court of Justice in 2008. I made this proposal in another article.

Zelensky point 4: Release of all prisoners and deportees

Zelensky asks for an “all for all” prisoner exchange. Instead, each prisoner of war, irrespective of his side, shall be under inpidual investigation by the reformed International Criminal Court, and be released only after certification of his non-involvement in any war crime or unprofessional misconduct. I made this proposal in a previous article.

In conclusion, it’s possible to negotiate a well-crafted hybrid solution combining Zelensky’s “peace formula” with Putin’s “new territorial realities”. It’s up to them to grab this opportunity for peace.