SWOT matrix of the Five Eyes in the Worldwide Intelligence Community

The Five Eyes (FVEY) is an alliance comprising five members — Australia, Canada, New Zealand, the United Kingdom and the United States — sharing Signal intelligence (SIGINT)1 and, more generally, all-source intelligence regarding internal and external threats to the member states and their allies. These countries are parties to the multilateral United Kingdom – United States Agreement (UKUSA Agreement), a treaty for joint cooperation that emerged from an informal agreement related to the 1941 Atlantic Charter2 during the Second World War against the Nazi Germany. The secret treaty was renewed with the passage of the 1943 BRUSA Agreement3 before being officially enacted on 5 March 1946 by London and Washington to focus on emerging competitors such as the Soviet Union. 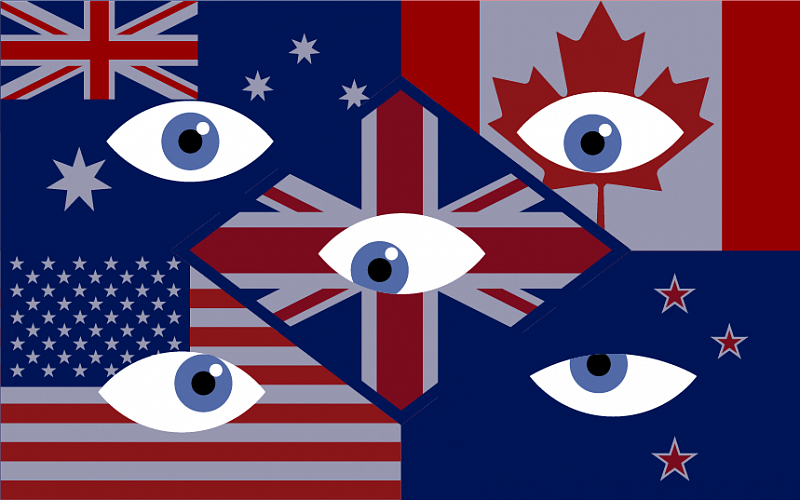 The Five Eyes encompasses a population of over 465 million citizens with more than 20 national intelligence agencies, including the Central Intelligence Agency (CIA) and the National Security Agency (NSA), two of the largest agencies in the world with advanced technical capabilities4.

The mission is two-fold: while keeping a close watch on citizens to prevent national extremism and terrorism (internal threats), the alliance also shares information about potential security vulnerabilities coming from the outside, such as terrorist groups (e.g. ISIS) and other intelligence agencies (e.g. KGB during the Cold War, Russian Intelligence agencies after 1992).

Whilst the Five Eyes cooperation is known to the public, as well as the participating agencies and the laws restricting them, the operations have remained classified, and searching by keywords such as “UKUSA” or “Five Eyes” on the CIA FOIA website (the CIA declassified archives) does not provide anything but a few declassified open newspaper articles. On the NSA’s website there are only a few documents available, mainly the legal contents of the agreements from 1940 to 1956. If it were not for Edward Snowden and the documents leaked in 2013, we would not be aware of the extensive interaction between these agencies.

Although we are not able to compile more open-access details about the Five Eyes, it is worth trying to understand its main features and weaknesses by conducting a SWOT analysis, designed as a tool for evaluation of the strategic position of organizations based on:

• the structure of the Five Eyes (its strengths and weaknesses);

• its record of activity provided by Snowden in 2013 (the opportunities previously taken or rejected by the Five Eyes);

While the SWOT analysis has been used in corporate world, mostly by large enterprises, as a tool to identify positive and negative factors within organizations that promote or inhibit successful implementation of business policy, there is no reason to refrain from applying this matrix to the intelligence community.

As a matter of fact, national intelligence agencies do share similarities with the corporate world in the way they are structured (e.g. strengths and weaknesses: internal factors within an organization leading to success and failure). While corporate entities want to achieve profit maximization (incentive) to remain operational and competitive, an intelligence agency is willing to achieve national security maximization (incentive) to continue to receive funding from the government and remain competitive against other intelligence agencies at home and abroad.

As such, beginning to examine the Five Eyes cooperation, we observe that the primary reason for its existence goes back to the Second World War against the Nazi Germany (the main threat). As in the corporate world, the inception of the alliance between the United Kingdom and the United States took shape against an emerging external competitor (the Nazi Germany). The continuity of cooperation between London and Washington after the defeat of Berlin thus underlines the need to maintain this partnership in the face of a new competitor following 1945: the Soviet Union.

The inclusion of new partners — Canada, New Zealand and Australia — in the Five Eyes agreement after the Second World War shows that the Soviet threat could not have been addressed by one country alone, nor by the previous UKUSA Agreement, which informed the interest of an agency in changing the existing cooperation format.

However, the restriction of the cooperation to a limited number of new partners and the omission of other countries sharing similar interests during the Cold War (e.g. NATO member states) shows that the Five Eyes cooperation considers these five partners combined to be of equal or greater value than the Soviet competitor.

Following the collapse of the USSR, and while focusing on the recent evolution of Five Eyes, we know that another partner, France, was invited to collaborate (the ‘Six Eyes’) in 2009. The French President at the time, Nicolas Sarkozy, rejected this offer due to technical disagreements. This information is essential for our SWOT matrix, as it demonstrates the following points:

- The Five Eyes is interested in having new members, highlighting the post-Soviet context, in which the rise of new threats justifies the enlargement of the organization;

France and the Five Eyes

The main argument supporting France’s joining the Five Eyes in 2009 is related to Nicolas Sarkozy’s desire to reintegrate the NATO military command structures left by General de Gaulle in 1966, given the rapprochement between France and the United States. France’s rejection, however, reveals a different ‘corporate culture’ (in our case, a different concept of intelligence cooperation) that is incompatible with the current structure of the Five Eyes alliance.

It is likely that the reason behind the rejection was that Paris does not have the same lingua franca of communication, which is de facto English. Another hypothesis is that France is not interested in the same ‘market’ (in our case, France does not share the current strategic interests of the members of the Five Eyes).

New attempts to expand the Five Eyes cooperation to new members in the 2000s and the 2010s confirm the suspicion of an emerging external threat, as we can observe the expansion of the original group of five to include France, Germany, Israel, Singapore, South Korea and Japan and even Denmark and the Netherlands in various forms of new agreements in parallel to the existing Five Eyes, culminating in another 14-nation working agreement, formally known as SIGINT Seniors Europe.

Such rapid changes (2009–2021) and the choice of eclectic partners, some of which are not English-speaking (France, Belgium, Netherlands, Italy, Spain, Denmark, Sweden, Israel, South Korea, Japan), demonstrate the willingness to open up access to new members and account for the growing threat posed by new competitors (e.g. China and Russia) challenging the leadership of the Five Eyes nations.

Looking at the data we currently have and relying on the historical structure of the organization from 1941 to 2021, we can establish the following SWOT for the Five Eyes:

Considering this SWOT and data on the increasing Chinese and Russian military budgets, we can assert that the Five Eyes alliance and its partners are trying to respond to emerging external threats, namely (1) growing Chinese military capabilities and (2) increasing cooperation between the group of intelligence competitors (e.g. Russia – China – North Korea).

As such, the main challenge for the Five Eyes in the short term (1–5 years) will be to adapt to a rapid integration of the non-English speaking partners, the ability to engage them in shared interests and strategic priorities, while ensuring that partnership will not be the only way to deal with a given issue. A growing number of partners may be a temporary solution, but increasing national capabilities (e.g. increasing MI6’s capabilities) is also important, otherwise one may see an imbalance between members within the alliance with contributor, such as the NSA (30,000-40,000 staff and $15 billion estimated budget), and agencies acting more like free riders, such as New Zealand’s GCSB (400 staff and $173 million budget).

Andrew O’Neil, Five Eyes and the Perils of an Asymmetric Alliance. Australian Institute of International Affairs, 2017

2 - The Atlantic Charter was a statement issued on 14 August 1941 that set out American and British goals for the world after the end of World War II.

3 - The 1943 BRUSA Agreements (Britain–United States of America agreement) was an agreement between the British and US governments to facilitate co-operation between the US War Department and the British Government Code and Cypher School (GC&CS).