Crypto-Mining and Regional Security in Abkhazia

The mining of crypto-currencies requires a large amount of electricity to be carried out, making it a significant challenge with the overall electricity consumption to mine Bitcoin equivalent to the annual consumption of electricity in New Zealand and growing at the time of writing. 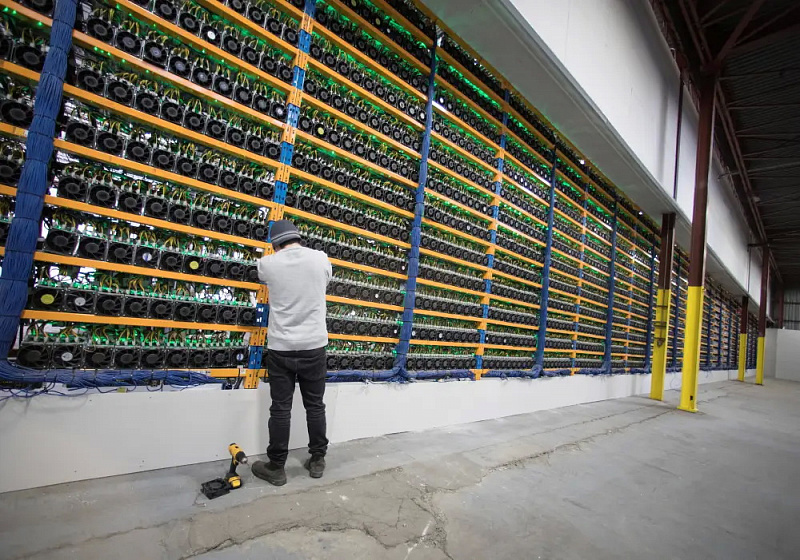 In consequence, while some governments are actively trying to ban crypto-mining and, to some extent, their use for daily use (e.g. Turkey and China), others, like El Salvador, are embracing blockchain technology and wish to substitute the national currency with Bitcoin. This strategy could be a game-changer in El Salvador, as if crypto-currencies become the main standard, it would guarantee a rapid increase in El Salvador’s national GDP and public spending associated to it, combined with improved security features associated to blockchain technology by contrast to currencies such as the U.S. dollar.

On the European continent, Abkhazia, which is considered a separatist by Western governments and a full-fledged country by Russia, has also moved towards a more flexible crypto-mining policy.

Like in El Salvador, the positive signs in favor of crypto-mining have already had an unexpected impact on Abkhazia’s foreign policy, with electricity shortages that have led to stronger ties with Moscow to ensure cooperation regarding power supply and a rapid increase in the number of Abkhaz millionaires.

If Abkhazia’s strategy succeeds in establishing a long-term crypto-strategy, the territory may be able to rely on a currency other than Russian ruble (Abkhazia is using the Russian rubble instead of its own currency) in a few years from now, thereby diminishing Moscow’s influence in the region. Furthermore, taxes on crypto-currencies could increase the state budget allocated to renew infrastructure, with Suhum airport in the spotlight.

The new legalization of blockchain per se raises concerns in the West (U.S.-EU/NATO), as an increase in GDP implies additional spending on foreign diplomacy—which is mostly expected to result in increased recognition of Abkhazia—and military spending.

In Abkhazia, the de facto Minister of Economy, Christina Ozgan, confirmed that the government is working on proposals to create the necessary conditions for mining crypto-currencies. This will include organizing the supply of electricity from Russia and, in order to minimize the load on the electricity grid, providing locations to host crypto-currency mining equipment, taking into account the throughput and capacity of certain substations.

Some might argue that Abkhazia has not fully developed a strategy and that mining/selling crypto-currencies is more of a way to make some extra income than a genuine state policy. As such, the authorities could have taken a more sophisticated stance by leveraging Tether instead of the Russian rubble to provide greater stability in the first place—Tether is pegged to the U.S. dollar—or even developed their own national crypto-currency.

Similarly, no policy has been adopted by the government regarding state-owned crypto-currency farms. This is rather surprising as the Abkhazian authorities are the ones with the skills to develop and invest in such infrastructures on a large scale, thus enabling the storage of crypto-assets in the national reserve to ensure the payment of national debts to Moscow.

Albeit Abkhazia has an official currency (the Abkhazian apsar), the residents use Russian rubles for daily payments. As such, it would have been feasible to switch from Russian rubles and Abkhazian apsar to Bitcoin or another crypto using less energy, like Ethereum, though Christina Ozgan did not suggest it.

How will Russia react?

The Abkhazian posture on crypto-currencies has not impacted Russian support for Abkhazia as of today. This is understandable because Moscow gave crypto-currencies such as Bitcoin national legal status in 2020, while prohibiting the use of digital assets for payments, claiming that only the Russian ruble could be considered a legal currency. Abkhazia is likely to follow the Russian approach in this regard.

Therefore, some might ask, how will Moscow react if the Abkhazian authorities follow El Salvador’s lead and switch from the Russian ruble to crypto-currency in the near future? This is not yet under consideration, but it could be, as crypto-currencies are more suitable for travel and cost-free money transfers, making it easier to restore links between the Abkhaz diaspora and the Abkhazians who remain in the motherland. Moreover, banks, such as the British Revolut, have enabled person-to-person crypto-transfers—another step forward in global adoption of digital assets for payments.

Despite these signs and given Abkhazia’s dependence on Russia for the import and export of all kinds of goods, including military equipment, it is reasonable to assume that the local authorities will continue to rely on Moscow’s assistance even if the Russian ruble disappears.

Furthermore, crypto-mining is an opportunity not only for Abkhazia, but also for Russia, which could have a prosperous partner in its neighborhood capable of purchasing more Russian products and military equipment. In short, crypto-mining activities are welcome on both sides and should not impact the Abkhaz-Russia relations but in the energy sector.

How the West and Georgia will react?

In a recent The National Interest article, the authors mention the risk of high inflation of the U.S. dollar due to investment in Bitcoin, considering crypto-currencies to be a threat to the worldwide economy.

This approach is rather conservative as it assumes physical currencies will continue to exist, even though they have no comparative advantage versus blockchain technology. The authors argue that a country should be in charge of the national currency with central banks, which is surely relevant in states like the United States, but less so for others with high-inflation such as Venezuela, and even less to unrecognized or partially recognized states like Abkhazia and Transnistria.

While the debate rages on in the West, the recent legalization in Abkhazia has raised quiet but real concerns in Georgia, as a well-off Abkhazia would mean increased investment in national infrastructures and foreign diplomacy.

Overall, Abkhazia’s size and population (about half a million) do not pose a military threat to Georgia, even with a massive spending on new military equipment, but the Abkhazian authorities might be tempted to spend more on foreign policy and thus on an active strategy for recognition of the territory, which would be detrimental to the Western policy of non-recognition.

Ultimately, a prosperous Abkhazia would have the means to advocate for greater recognition and to develop new partnerships or at least to renew the infrastructure that brings greater attention to the country, such as the railway and the international airport which is not welcoming tourists since the collapse of the USSR.

Despite the concerns, the West should not take a stance against crypto-currencies as its main ally in the South Caucasus, Georgia, is also among the world’s leading crypto-currency countries and has no legislative restrictions on trading and, to date, does not require a license for such activity.

Like its de facto counterpart in Abkhazia, Nodar Khaduri, Georgia’s Finance Minister, signed a draft law on the taxation of crypto-currencies on 28 June 2019. The draft law includes the following:

Individuals in Georgia are exempt from income tax on any profit received from the sale of crypto currency;

The sale of the crypto currency or its exchange for Lari or other currency is not subject to VAT (applies to transactions between legal entities and individuals);

The sale of computing power (hash) from Georgia abroad is not subject to VAT. In addition, individuals and legal entities retain the right to input VAT;

The sale of computing power (hash) within the territory of Georgia (between residents) is subject to VAT;

A hash purchase by a Georgian resident abroad is subject to VAT.

Unlike Abkhazia, the Georgia House of Representatives has even passed a bill that calls for state education officials to implement a study program based around financial literacy for high schoolers with cryptocurrencies on the curriculum list.

As such, Georgia and Abkhazia have been living apart for over three decades but seem to be on the same path when it comes to crypto-currencies, and miners on both sides will increase electricity consumption and pressure on infrastructure, as no plans for upgrading the Internet and energy supply have been put on the table in both Abkhazia and Georgia.

Unlike El Salvador, Abkhazia and Georgia do not have a long-term strategy, but it is certain that cryptocurrency mining will put a strain on infrastructure—the Internet and energy capabilities—and, although cryptocurrency mining is now legal, more domestic cyber capacity will be needed on both sides to control this new source of revenue and ensure that residents pay the related taxes.

The primary regional security concern as such is that Abkhazia could become even more dependent on Moscow due to the lack of electricity in the region, which would make Suhum willing to accept more concessions due to the lack of Abkhazian domestic investment in the energy sector and internet-related infrastructure. This could also prompt Abkhazia to seek greater involvement of foreign partners to upgrade infrastructures, but no country other than Russia has so far shown interest in helping Abkhazia in this matter.

The upcoming months will provide us with more details when it comes to the strategy adopted by Suhum and while Bitcoin could become the main currency, another option would be the adoption of the 2nd most famous, Ethereum, which is now more stable and with its update (Ethereum 2.0) requires at least ~99.95% less energy.

W. Feller (1957). An introduction to probability theory and its applications.

OTHER RECORDS
The Revival of the Georgian Armaments and Defense Industry
Michael Lambert
Understanding the Debate about Cryptocurrencies in Central Asia
Michael Lambert
Relations between Abkhazia and Syria: Towards a Domino Effect with Belarus and North Korea?
Michael Lambert
Tags
Abkhazia, Georgia, Crypto-currencies, Russia, USA, Bitcoin