Ukraine Crisis: Is the EU about to split?

Print
Commission President Ursula von der Leyen's State of the Union address in mid-September made it clear how far the political course of the European elites has meanwhile distanced itself from the concerns and needs of the societies in the member states. For many critical observers in the European Union, the question is no longer whether - but when - a split of the EU is to be expected.

There is much to criticise about the speech of the Commission President. One can take offence at numerous, unreflective statements, at the propagandistic tone, at the inflammatory statements against Russia and much more.
However, that is not the subject of this analysis. For this purpose, it is sufficient to take a closer look at a core sentence of Ursula von der Leyen's speech, which reads: "And I want to make it very clear, the sanctions are here to stay".

This sentence is causing great concern to a rapidly growing number of citizens in the member states, but above all to the European economy and administration. On the one hand, because the sanctions themselves are more than controversial; on the other hand, because the European leadership's unwillingness to compromise on the sanctions is increasingly being interpreted as an act of aggression against the member states. 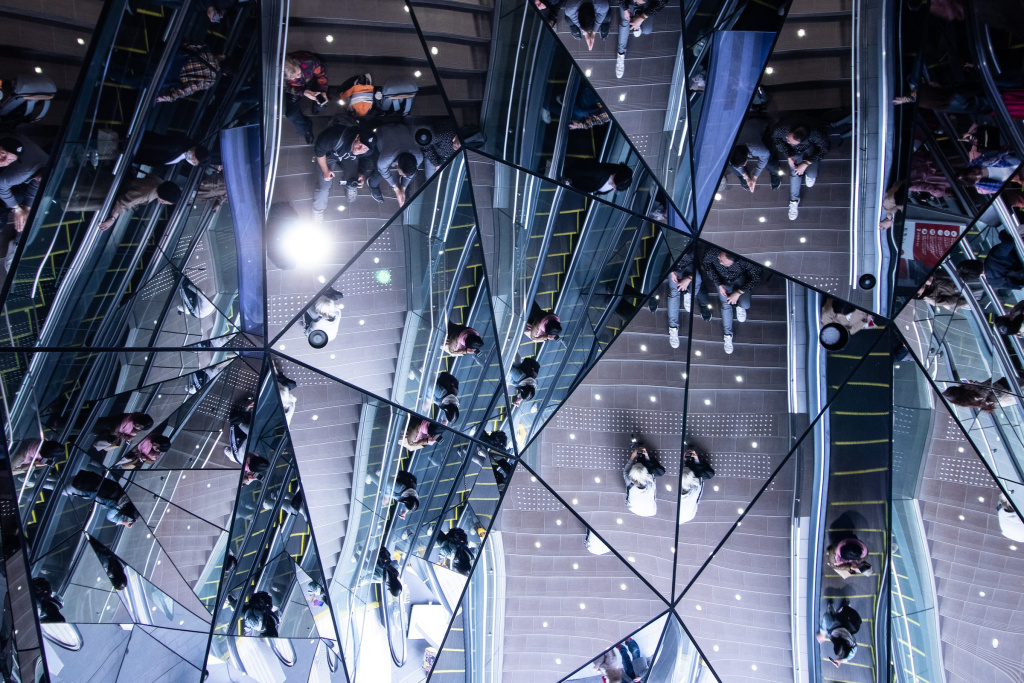 Inflation in the member states continues its upward course. According to Eurostat, the European statistics office, the inflation rate in the euro area rose to 9.1 % in August. Since the introduction of the euro, the cost of living has never risen as much as it did last month. The highest inflation rates are to be found in the Baltic States (between 21 and 25 %); the lowest inflation rate is in France with 6.6 %. Germany is in the middle of the euro area with 8.8 %. The strongest driver of inflation is energy, which has increased in price by almost 40 % (!) in the last 12 months alone. The upcoming winter months and ongoing warnings of blackouts and bottlenecks in energy supply are fuelling discontent in Europe's societies: demonstrations are taking place in numerous states, such as in Prague at the beginning of September. Even though the mainstream media is only marginally addressing this issue, protests are expected to increase in the coming weeks.

With growing concerns about exploding living costs, opposition to the sanctions is also growing. A survey by the German opinion research institute Forsa in September revealed that already 55% of the Germans questioned are no longer prepared to accept further financial burdens so that the sanctions against Russia can be maintained. The picture is similar in Austria: a recent survey by the Institute for Public Opinion Research and Data Analysis shows that 78% of respondents think that they themselves suffer from the sanctions, and only just under half are in favour of keeping the sanctions in place. Experts expect this sentiment to intensify in the coming weeks. Both in Germany and Austria, several leading politicians are already in favour of an end to the sanctions.

It is currently uncertain whether and to what extent the elections in Italy at the end of September and in Bulgaria at the beginning of October will have an impact on the European Union's sanctions policy. Hungary had recently refrained at the last minute from blocking the extension of EU sanctions, after the country had previously blocked or forced changes to several sanctions against Russia.

Observers are very concerned about the economic development in the euro area. The already very high trade deficit of the Eurozone widened again in July compared to the previous month by 8.1 billion euros to 40.3 billion euros. This is by far the highest foreign trade deficit since the currency area was established in 1999. Besides the high prices for energy imports, the currency development of the euro plays an important role. Due to the weak euro [1] , energy imports invoiced in US dollars are tearing an ever larger hole in the balance of trade. At the end of the fourth quarter of 2021, public debt as a percentage of GDP was 95.6% in the euro area and 88.1% in the EU. Against the background of further, enormous spending by EU member states on economic and social aid, this situation will deteriorate further.

These figures do not include the expenses for all those Ukrainians who enjoy temporary protection in an EU country: that is about 1.4 million in Poland, 660,000 in Germany, about 431,000 in the Czech Republic, 154,000 in Italy, 142,000 in Spain, 134,000 in Bulgaria. For the sake of completeness and good order, it should also be mentioned here that, according to official UNHCR figures, the Russian Federation has taken in almost 2.6 million Ukrainians.

In addition, a renewed rush of migrants is burdening the EU member states: from January to August 2022, 115,402 initial applications for asylum were received in Germany, an increase of 35.4 % compared to the previous year. In Austria, according to the Federal Ministry of the Interior, there were already 56,000 in the same period. An analysis published by the European Union Asylum Agency (EUAA) shows that in the first half of 2022, around 406,000 asylum applications were made in the EU countries (including Switzerland and Norway), which corresponds to an increase of 68 % compared to the same period in 2021. The fact that the societies of the member states are increasingly less willing to follow the migration policy of the European elites against the background of inflation and growing national debts is shown by the examples of Sweden and Denmark. It can be assumed that other states will follow suit here as well.

The European Union is in the midst of a disruptive development, which is accelerated by the current sanctions policy of the European Union. For many critical observers, the question is no longer whether - but when - a split of the EU is to be expected. This division will have a political impact, for example through further withdrawals of member states or through growing opposition of member states to the EU's course. This division will have an economic impact, especially when the EU is enlarged to include more member states [2] and has to finance the economic (re)construction of several (new) member states in addition to the huge damage caused by debt policy. This division will also have a social impact, through fractures in societies as a result of impoverishment and growing migratory pressures.

The future of Europe is currently being put at risk by numerous actors. A key player is the EU itself, which is blindly pushing through its agenda against the wishes and needs of its own society and economy.

It is therefore imperative to do everything possible to reactivate the channels of communication with Russia - on the one hand, through diplomatic channels and international organisations. On the other hand, however, and this seems to be at least as important, on the path of civil society. Constructive debate at various levels, such as education, culture, sport, as well as ongoing political discourse, are indispensable in order to jointly set the course for the future on this common continent, which the EU member states share with Russia.