No state may sit in judgement on another state


International criminal law: The repeated attempts of European states to prosecute other states or their nationals in conflicts under the pretext of international law must be assessed politically as the assertion of a hegemonic claim to power. Thus, "rule of law" becomes "rule by law".

Derived from the concept of sovereignty it is a recognised principle of international law that no state may sit in judgment over another. This principle may also not be circumvented by one state exercising judicial power over the nationals of another state.

Against this background, the activities of European states under international criminal law in connection with the armed conflict in Ukraine raise questions. This can be well illustrated by Austria, a country that is militarily neutral according to the State Treaty.

In mid-October, the Republic of Austria - invoking Article 63 of the Statute of the International Court of Justice - made a declaration of intervention in the case of Ukraine v. Russian Federation.

Background: On February 26th, 2022, Ukraine brought a case against the Russian Federation before the International Court of Justice concerning allegations of genocide under the Convention on the Prevention and Punishment of the Crime of Genocide. In doing so, Ukraine - according to its own statements - wanted to counter the claim that Russia's war of aggression was necessary to prevent genocide against the Russian-speaking population in eastern Ukraine.

With this declaration, Austria - like a number of other states - expresses its willingness to support the International Court of Justice in future phases of the proceedings. While the declaration of intervention itself reads quite neutrally, the Austrian Foreign Minister Alexander Schallenberg openly takes sides:

"If Russia tries to cynically misuse the Genocide Convention to justify its war of aggression in Ukraine, then Austria cannot and will not remain silent."

Is it necessary to assume that Austria is not addressing this issue with the unclouded view of a neutral country? Is it necessary to assume that Austria - like other European states - uses criminal prosecution under international law as an instrument of political arbitrariness and for the assertion of a hegemonic claim to power? Are there other legal activities outside the International Court of Justice that support this assumption? 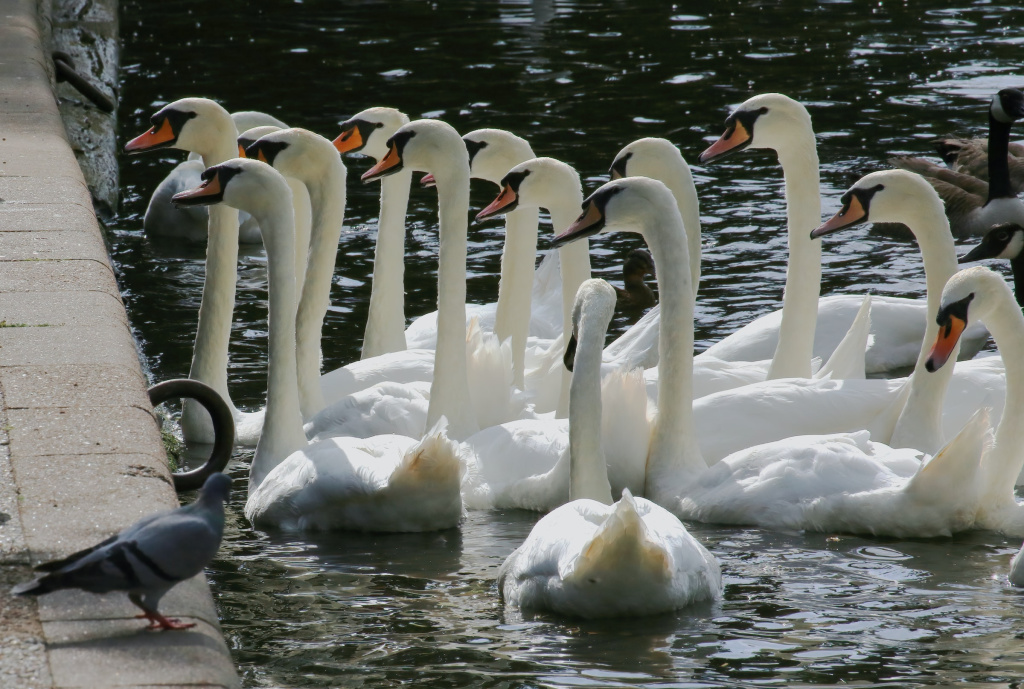 1. Intervention via the Council of Europe

At the end of April, Austria's deputies in the Council of Europe voted in favour of Resolution 2436, which, among other things, calls for the creation of an international ad hoc tribunal to investigate war crimes in Ukraine. With this resolution, the Council of Europe is trying to close a "gap" in international prosecution: The International Criminal Court only has jurisdiction over crimes of aggression committed by states in conflicts if, according to Article 15, both the attacking and the attacked state are members of its statute - which is neither the case with Ukraine nor with the Russian Federation.

2. Intervention via the National Council

Concerning the conflict in Ukraine, Austria has no longer been politically neutral and has supported the EU's economic sanctions since 2014. This circumstance also determines the political climate in the country. In mid-June, the Austrian National Council unanimously adopted a resolution of the two governing parties to support Ukraine in the prosecution of alleged war crimes. In this context, reference is made to reports by the OSCE, according to which the OSCE claims to have found clear patterns of violations of international humanitarian law by Russian armed forces in the conduct of war in Ukraine.

Once again, the Austrian Foreign Minister's speech contained an unmistakable reference to the partisan political intention behind this motion for a resolution: He said that the speech of the Ukrainian Speaker of Parliament Ruslan Stefantschuk before the Austrian MPs [1] had been an overdue signal that Ukraine's voice had to be heard. According to the foreign minister Russia's attack on Ukraine represented a clear breach of civilisation and also had global repercussions, as it endangered the basic supplies of many countries in Africa and Asia. Thus, an essential part of Austria's commitment to human rights was to assist in the investigation of war crimes. Schallenberg stressed that the International Criminal Court - in its investigations in Ukraine - was facing a mammoth task, which could not be accomplished without the support of nation states.

To support this "mammoth task", Austria established a coordination office at the Ministry of Justice and most recently signed a Memorandum of Cooperation to facilitate mutual legal assistance between Austrian and Ukrainian law enforcement agencies. In addition, Austria supports investigations of crimes committed by individuals under international criminal law at the International Criminal Court both in terms of personnel and with a monetary amount of 100,000 euros, which the Foreign Ministry has transferred to the prosecuting authority.

[1] The Ukrainian Speaker of Parliament had been received as a speaker in the plenary session of the Austrian National Council on the day of the above-mentioned resolution.

However, Austria goes one step further and tries to transfer the prosecution of alleged crimes against humanity in third party conflicts to its own country. While in Germany, for example, such crimes can be prosecuted according to the international criminal law world principle even if there is no connection to Germany [2] , the Austrian prosecution authorities have so far been of the opinion that alleged crimes against international law in Ukraine are not covered by Austrian criminal law. [3] [4]

However, since it is apparently the political will of the Austrian government to also allow independent investigations by the Austrian prosecution authorities in the case of Ukraine, the Minister of Justice, Alma Zadić, had a decree drafted that was to "specify the prerequisites for domestic jurisdiction in cases of war crimes". In doing so, the minister interprets the "violation of Austrian interests" very extensively by starting with the Ukrainians who fled to Austria. The Ministry of Justice takes the view that Austrian interests can be violated and that, accordingly, domestic jurisdiction can exist "if persons flee to Austria on the basis of a crime under Section 25 of the Criminal Code." [5]

There can no doubt that this is a sign of a political claim to power - for legal experts doubt that this form of prosecution under international criminal law can be implemented in practice. In the case of an investigation initiated in Austria against violations of international law in Ukraine, it would have to be a prerequisite to establish a causal connection between a refugee's arrival and a concrete offence under international law. In addition, Austrian interests would have to be massively impaired in the individual case - these criteria will regularly not be fulfilled for the war crimes that are commonplace in the context of war.

[2] i.e. neither the perpetrator nor the victim are German nationals and the place of the offence is not located on the territory of the Federal Republic of Germany
[3] Müller, L. E., Inhalt und Grenzen des Realprinzips im österreichischen Völkerstrafrecht, Österreichische Juristenzeitung, 19/2022, 929 ff.
[4] For crimes of international law committed abroad, domestic jurisdiction only exists if the perpetrator or victim is an Austrian citizen, other Austrian interests have been harmed by the act, or the perpetrator was a foreigner at the time of the act and either has his or her habitual residence in Austria or is in Austria and cannot be extradited.
[5] Enactment BMJ eJABI 2022/18

This as well as the other examples mentioned above make it clear that criminal prosecution under international law is being abused for political goals and propagandistic purposes even in a militarily neutral country like Austria. It can be seen that the executive is interfering with the judiciary via the legislature, which must be questioned very critically:

- Why do states or groups of states that are manifestly partisan try to impose their own legal claims as a "legal order"?

- Why do states or groups of states try to assert their own hegemonic claims to power with a formalised legal language and by abusing legal instruments?

The Austrian Foreign Minister emphasised in his speech on support for Ukraine in the prosecution of alleged war crimes that there should be no impunity for crimes such as those documented in Ukraine. However, then let us remember one of the first dogmas of modern international law, the equality of states. No state should sit in judgement over another state!

Austria would have the opportunity, as a neutral state with diplomatic skill, to make its contribution to peace in Europe and to good neighbourly relations. But Austria subscribes to the dogma of "rule by law" currently prevailing in Europe and tries to use international criminal law to assert claims to power over third states. In doing so, Austria is trampling on the opportunity of diplomacy.