As climate change continues to warm up the Arctic region, we are witnessing the opening of new shipping routes, such as the Northwest Passage (NWP) in Canada and the Northern Sea Route (NSR) in Russia. It is interesting to explore the reasons why these new corridors are strategically important for countries such as Russia and Canada. These two nations have deployed various levels of effort in the development of the Arctic region. As a result, potential challenges and opportunities should be highlighted. 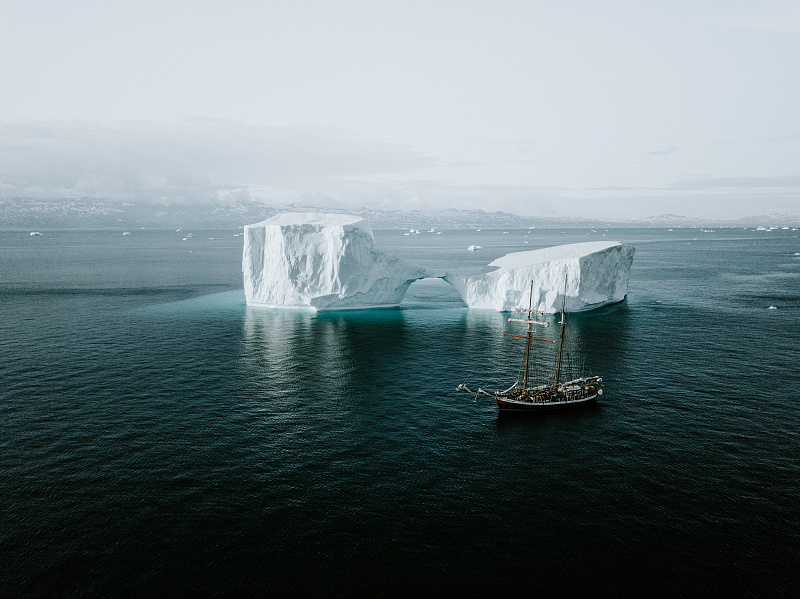 The development of these new corridors presents a tremendous business opportunity for Canada and Russia. These circumpolar routes allow about a 40% reduction in shipping time compared to those going through the canals of Suez or Panama. Also, the great depth of these Arctic corridors enables a reduction of cost for shipping companies that can deliver more goods at once. This is especially interesting for supertankers coming mainly from East Asia. As a side note, China is not officially an Arctic nation, although it has a strong financial interest in the region. It has permanent observer status at the Arctic Council along with India.
Among all Arctic countries, the Russian Federation appears as a leader in many aspects. Considering the actions of Russia in the Far North regarding the Northern Sea Route (NSR), we can see several elements. First, the Russian State has been investing a lot of resources in the construction of dozens of icebreakers, which is far beyond the capacity of Canada and the USA combined. This fact alone shows how much Russia values the potential that the NSR may provide soon. It is understood that these specialized ships are necessary to guarantee a year-round flow of cargo ships. Second, the militarization of the Russian Arctic guarantees the security of freighters along with the protection of territorial integrity. Third, it is worth noting Russia's significant investment in scientific research centers and in the human capital of the Arctic. With a Northern population of around 2.5 million people, Russia is the most populated country in the Arctic circle. Having assumed the chairmanship of the Arctic Council since 2021, Russia has expressed its determination to foster sustainable development in the region.
These factors could make one believe that Russia has already won the race for the economic development of the Arctic, but it is not so. One of the main obstacles is the reluctance of China to have its cargo ships escorted by Russian military boats along the NSR. If not settled properly, this could trigger China to opt for the Northwest Passage in the future, leaving Russia in a difficult situation.
Canada has been less financially committed to the Arctic, which is hardly comprehensible considering the strategic importance of the region. It seems that the Canadian government is more worried about security and defense in the Arctic than about economic development in relation to the Northwest Passage. This may be connected to Russia's bold actions such as the expedition to the North Pole in 2007, which was perceived as a threat for Canada. The same year, an annual Arctic deployment of the Canadian Armed Forces, namely Operation NANOOK, was established. Over the years, the Canadian government has made several announcements regarding investments in the Arctic region to modernize military bases and build icebreakers. Time has shown the lack of strong financial commitment of the government to the Arctic region.
Officially, Canada considers the Northwest Passage as internal waters. However, the United States never ratified the United Nations Convention on the Law of the Sea (UNCLOS) and considers the NWP as international waters. This should be especially concerning for Canada since it has little bargaining power. The US is its main trading partner and main military ally within NORAD and NATO. If the situation persists, Canada may have to surrender part of its sovereignty regarding the NWP and rely completely on the United States for stability in the Arctic in terms of defense. In that case, Canada would have lost a golden opportunity to benefit financially from the new maritime traffic in the Arctic. However, Canada can play a key role in other aspects such as ecological issues and sustainable development of the Far North in collaboration with other stakeholders.
In conclusion, Russia is strongly committed to the development and security of the Arctic region and especially the NSR. This is also shown in what Russia has declared for its chairmanship within the Arctic Council. Canada is also committed to its polar region but is highly dependable on the direction given by the United States, which might become a problem in the future. However, Canada has an opportunity to collaborate with Russia on common goals such as environmental protection and sustainable development of the Arctic region.
Share this article