Print
Old enemy-pictures still wander the surface of our relations. But young people from Western countries no longer see Russia as the greatest threat to the West and young Russians do not consider NATO as the main threat to their generation. It might be time to renew and deepen relations.
By Natalia Burlinova, PICREADI's president
Original publication on picreadi.com 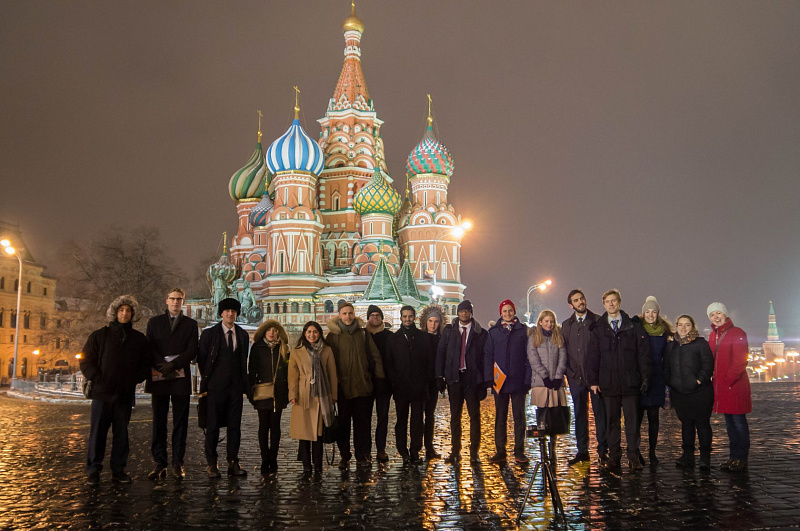 On November 9, the first-ever NATO Youth Summit brought together hundreds of young leaders from NATO Allied and partner countries, including Russia. Aimed at discussing the NATO 2030 agenda, the Summit also ensured that young leaders had an open and honest dialogue on topical issues such as the current state and operation of the Alliance. In the course of the discussions, the young participants took part in a survey: "What are the greatest threats (risks) for NATO in 2030?" The responses included 1) Russia, 2) China, and 3) internal challenges of the Alliance and the issues of its identity, as well as 4) cyber threats and attacks, disinformation and climate change.
Only 3% (!!!) of the young people viewed Russia as the biggest threat to NATO 2030 , while 56% voted for option №4. It should be noted that the survey results ran counter to the rhetoric of the NATO speakers who presented at the Summit, portraying Russia as the most tangible threat to the Alliance in their speeches.
However, the survey results are very encouraging - despite certain confrontation between Russia and the West, the new generation of leaders can abandon fears and stereotypes and is ready for dialogue.
Distrust and bias
The last few years since the developments in Crimea, which became a turning point of alienation between Russia and the Western countries, have demonstrated that both can exist without each other for a while. They can avoid communication and interaction and pretend they can address all their problems alone. Yet the global COVID-19 pandemic has exposed that this is no longer true. It has revealed the vulnerability of the world, in which even the most developed Western countries are failing to handle such large-scale threats on their own. And the first to help might be those who are usually feared. This was the case, for example, with Russia's humanitarian aid to Italy, the USA and some other countries, which Moscow delivered faster than the EU nations.
More information on who and to what extent received humanitarian aid from Russia during the COVID-19 pandemic is available on the 'Humanitarian Monitor' project website, Center for Advanced Management Solutions.
The pandemic has made us all equal, both rich and poor countries, Russia and the West alike. All nations face difficulties which are yet to be overcome. But while the pandemic has temporarily erased mutual accusations, it has not eliminated mutual distrust and the typical biases in how one sees the other. This is the very nature of politics: even the most arduous challenges cannot reverse attitudes towards each other that have been established over decades. If one is used to imagining Russia being continuously involved in propaganda, it is impossible to think of it otherwise. If something happens to the opposition leaders in Russia, then, no doubt, President Putin is to blame personally. It is not even discussed. Should Russia deliver its humanitarian aid, it is perceived as extremely dubious and fishy. This is how stereotypes work.
International reach
Of course, attitude to Russia varies from country to country. Not every nation in Europe and the EU is averse to Russia. Historical background or experience of sharing the same geographical territory largely determine the relationship between Russia and certain countries. If this record included a lot of complexities in the past, these countries would tend to denigrate Russia, while nations who in the course of history had better relations with Russia, e.g. Serbia, demonstrate a more favorable media coverage. Russia's independent information viewpoint, promoted through its media outlets Russia Today television network, and Sputnik international news agency and radio broadcast service, creates a great problem for the West. Russia Today and Sputnik are Russia's opportunity to reach out to the international audience. They are means of communicating an alternative interpretation of events. "Alternative" is a keyword: it triggers the Western political community and is being ostracized. On the contrary, this alternative point of view is much sought-after by ordinary people in the West. That is the reason to accuse Russia of propaganda, while it is exactly what Western countries have been successfully doing to others - promoting their political agenda. Nevertheless, it is not deemed as something negative and, surely, does not entail, as Western policymakers claim, any propaganda. Flagrant double standards.
In the course of the information warfare attacks against Russia, American conservative researchers even coined the new term "sharp power". In their opinion, unlike the soft power which has been pursued by the USA, whatever Russia and China are undertaking in this domain is unequivocally called sharp power (manipulation and disinformation aimed at undermining democracy). The reason for this is simply that we are talking about Russia and China. That is why this must necessarily be challenged. The logic seems bizarre, but it is supported by many Western politicians. Otherwise, Washington and Brussels think tanks would have not released multiple reports on the countermeasures against the Russian threat.
A new generation against old threats
The main remedy for this political malady between Russia and the Western countries would be to revitalize the mutual information coverage. Capturing only the negative and waging an information crusade against each other, we venture to mire into something that has nothing to do with real life and truly tangible global challenges such as the COVID-19 pandemic. Promotion of the adverse information agenda concerning Russia is not the key to success in developing one's domestic policy. This is also relevant for Russia. As the survey of young NATO leaders has revealed, despite all the media coverage, they are not prone to treat Moscow as the main threat to their generation, and nor do young Russians consider the West or NATO the main threat to their generation. The discrepancies between the official rhetoric and the real figures suggest the need to reduce the verbal abuse against each other and focus on the genuinely important issues that require an urgent multilateral approach involving Russia, the West, NATO and the CSTO. This demands both commitment and political will. Present-day politicians have none of these, unlike the 2030 youth leaders.
Share this article