From a humanist and democratic point of view, it makes sense to recognize these “de facto” states on a case-by-case basis as legitimate, for the sake of egalitarian representation.

When the Soviet Union fell in 1991, the disintegration of a centralized nation into individual nation states did not occur without problems arising. Due to various issues about national and ethnic identities, various “de facto” states formed-nations who have sovereignty over their territory, but are not recognized by most countries as legitimate states. 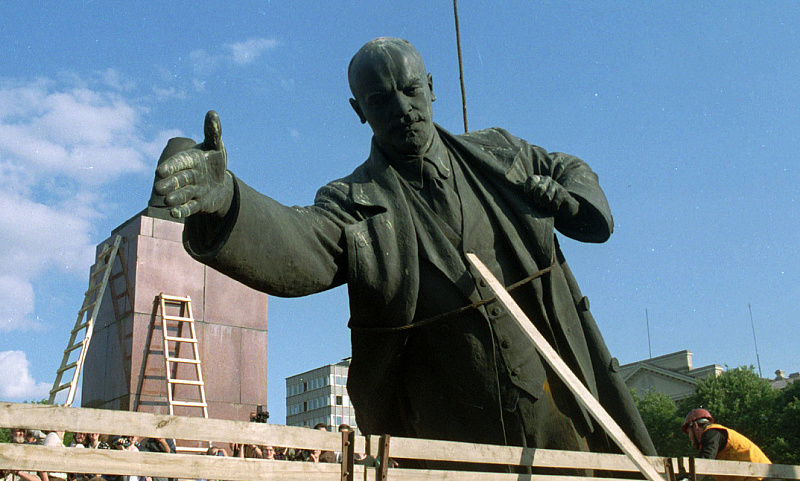 These “de-facto” states are Abkhazia, South Ossetia, Transnistria, and more recently, the Peoples’ Republics of Donetsk and Luhansk. Some people have argued that the Peoples’ Republics are categorically different than the others, although often considered rebel group-controlled territories. The primary issue with such states is that they meet many of the classical definitions for statehood, save for international recognition. Thus, they are left in a state of limbo, where they are sovereign and govern themselves, but are not considered independent.

Global governance institutions, such the United Nations, give credence to the idea of international law. In this framework, international laws are established by historical precedent and the general acceptance of legal principles by the community of states. For any liberal institution, the definition of legal state personality is the first principle that must be defined, for the state is the basic unit of which such institutions are composed of.

In international law, the generally accepted definition of state was established in the first article of the Montevideo Convention on the Rights and Duties of States in 1933. The criteria in this convention states that an entity can be considered a state when it has a permanent population, a defined territory, a government, and the capacity to enter into relations with other states.1

While this definition seems objective upon first glance, the inherent subjectivity of the statement becomes apparent in its final criteria: the ability to enter into relations with other states. An entity can possess all of the characteristics of a state but be denied state status due to the lack of capacity to enter relations with other states, which requires recognition, an inherently subjective variable. This means that from an international legal point of view, states do not exist until they are deemed states by other states.

Such is the case with the breakaway states in the post-Soviet space. Many of these states, like Transnistria, have their own passports, currency, constitution, military, and government. The scale of these territories is not insignificant either. Abkhazia has more than 200,000 residents, Transnistria more than 400,000, and the conflicted regions in Ukraine have millions of residents.

It has been argued that these regions cannot be considered truly independent because of their reliance on Russia’s economy and military. If reliance on other states, however, is indeed a determinant of statehood, many of the states in the United Nations would disappear overnight. For example, it could be argued that the nations that compose the European Union lack any bite behind their supposed foreign policy, save for the military power of the United States and NATO. Should this dependency therefore disqualify much of Europe from statehood?

Likewise, due to the U.S. intervention, Kosovo managed to separate itself from Yugoslavia in 1999. In 2008, after the country formally declared itself independent, it was immediately recognized. It is not fair to argue that de-facto Soviet states like Abkhazia are “a Russian puppet state,”2 because of their reliance on Russian resources when Kosovo, a state whose inception was entirely contingent on the United States military, was recognized almost immediately upon declaration of independence.

From a liberal point of view, the refusal of the international community to recognize newly created autonomous states has implications that concern both equity and security. It means that in the new age of global governance, there are populations who are not granted the right to voice their concerns on the global stage. Dr. Sergey Markedonov wrote in De facto statehood in Eurasia: a political and security phenomenon that “The biggest problem for the international community is that unrecognized states have been recognized by their residents,” and this credibility is the “main obstacle to proclaiming them as bandit enclaves.”3 Therefore, from a humanist and democratic point of view, it makes sense to recognize these “de facto” states on a case-by-case basis as legitimate, for the sake of egalitarian representation.

Until that point, “de facto” states exist in a weird state of flux. Their practical autonomy means that they have their own set of national interests that are justified by the hard aspects of their statehood, but their lack of recognition means that they have no way to voice their interests in international politics, save for sparce bilateral negotiations.

So long as there is disagreement about the status of statehood for these territories, the cold conflicts which arise from territorial disputes may become hot. Once again, to quote Markedonov, “the process of ethnic self-determination accompanying the Soviet collapse is not finished. This stage in history will not be complete until there is successful conflict resolution, and all newly established borders are recognized as legitimate.”4

Returning to the example of the former Yugoslavia, Montenegro was granted independence from Serbia in 2006 as a form of reconciliation between borders and identity. It is only logical that the same process must take place for “de facto” states in the post-Soviet space.

Russia has already recognized several of these states, such as Abkhazia and South Ossetia. Recently, Vladimir Putin even stated that “the Ukrainian leadership should meet with the leaders of the republics—the LPR (Luhansk People’s Republic) and the DPR (Donetsk People’s Republic)—and only then discuss these problems with representatives of third countries, which in this case is Russia.”5

Nevertheless, the process of recognition is far from being completed, and until it occurs, the “de facto” states will continue to exist in a strange state of limbo, allowing travelers the opportunity to visit real countries that are not considered real by most of the world.

[1] Montevideo Convention on the Rights and Duties of States. (1933). https://www.jus.uio.no/english/services/library/treaties/01/1-02/rights-duties-states.xml

Student in multilateral diplomacy at the Moscow State Institute of International Relations (MGIMO). He has a bachelor’s degree in economics