Myanmar at the Crossroads: a Rules-Based Democracy or a Game without Rules?

In the wake of general elections in Myanmar, scheduled for the 8th of November 2020, we discuss Myanmar’s domestic political equilibrium and international political settings where the elections will take place. 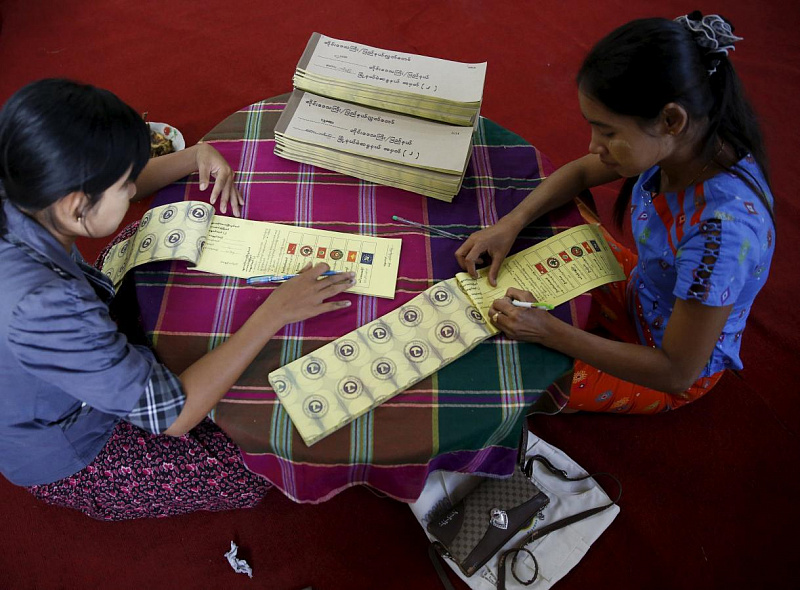 Next month, Myanmar is going to hold general elections. This electoral campaign is the third one, since the adoption of the country’s new Constitution in 2008. Polling is scheduled for Sunday, 8 November 2020. It will give Myanmar citizens a chance to decide (and eventually see) what their future is likely to be for the next five years. But the results of these elections are hard to predict.

The 2010 general elections brought to power the military-backed Union Solidarity and Development Party (USDP), while the 2012 by-elections and the 2015 general elections witnessed the overwhelming victory of the National League for Democracy (NLD) led by the Nobel Peace Prize laureate Daw Aung San Suu Kyi. It seems that NLD is a certain favourite of this electoral race; yet, USDP has both political will and popular support to strongly contest the 2020 elections.

It may be argued whether NLD would win the 2010 elections if it had opted not to boycott the ballot, but the reality has shown that this decision was counterproductive, because it guaranteed the victory of NLD’s major rival, USDP. Thus, the pro-military party, led by the then Prime-Minister U Thein Sein, received the majority of seats in both chambers of the Union Assembly (Pyidaungsu Hluttaw) and formed the first civilian government of Myanmar in more than 20 years. On 30 March 2011, the SPDC Chairman, Senior General Than Shwe formally passed state authority to the newly elected President U Thein Sein, thus declaring the end of military rule, which lasted a quarter of century.

The USDP’s roadmap for national reconciliation comprised three points, namely (1) signing Nationwide Ceasefire Agreement (NCA) with ethnic armed organizations, (2) holding national political dialogue, and (3) signing the Pyidaungsu Accord (Union Peace Accord). On 15 October 2015, NCA was solemnly signed by the USDP government and eight rebel organizations, as a first step towards national reconciliation. However, about a dozen of remaining insurgent groups refused to join the truce, thus greatly diminishing U Thein Sein’s triumph as a peacemaker.

After coming to power in April 2016, the State Counsellor Daw Aung San Suu Kyi declared her strong intention to promote peaceful dialogue between the peoples of Myanmar within the multilateral framework which was dubbed «Union Peace Conference» or «the 21st Century Panglong Conference» (there is a clear allusion to «the Panglong Conference» of 1947, where her father, General Aung San, negotiated the principles of a federal union with Shan, Chin, and Kachin representatives).

Four sessions of the Union Peace Conference were conducted in August 2016, May 2017, July 2018, and August 2020. However, the result of these negotiations is rather ambiguous, and their positive outcomes are still yet to be seen. There are strong doubts in the ability of the NLD government to implement already reached ceasefire agreements without support of the Defence Services, or Tatmadaw (as Myanmar armed forces are called in Burmese).

Since its establishment in early 1940s, the Tatmadaw continuously fights for independence and national cohesion, taking the lead in periods of turmoil, which dominate the contemporary history of Myanmar. It was the Tatmadaw who stood behind ceasefire agreements with ethnic armed organizations in the late 1980s — early 1990s, thus playing not only military but also a political role.

«Double function» of the Defence Services in Myanmar is a part of constitutional provisions: according to Articles109and 141 of the Constitution, the Tatmadaw has 25% quotas at the House of Representatives (Pyithu Hluttaw) and the House of Nationalities (Amyotha Hluttaw). The Commander-in-Chief of the Defence Services has also the right to nominate Union Ministers of Defence, Home Affairs, and Border Affairs for further appointment by the President. For a good functioning, this system of checks and balances requires a compromise between the civil servants and the military personnel.

It is a common point that political liberalization in Myanmar of the 2010s is attributed to the efforts of pro-democracy forces; yet, it is not that straightforward. It is worth noting that the process of democratic transition, initiated by the military in 2010-2011, was a part of the Roadmap to Democracy promulgated by the country’s Premier U Khin Nyunt as early as August 2003. In other words, it was a shared goal of both the military government and the opposition, which laid the base for U Thein Sein — Daw Aung San Suu Kyi tactical alliance.

But all has changed after the 2015 general elections, when the main opposition party became the ruling one. The informal agreement was disavowed, since NLD leaders believed that they had received the popular mandate to rule the country without consultations with their political opponents and minor parties. However, the 2017 and 2018 by-elections showed some signs of disillusionment among the public, who cast their votes for opposition candidates.

The main intrigue of the coming 2020 elections is the role of minor ethnic parties, who may ally either with the ruling NLD, or with the oppositional USDP. Yet, whatever strategy they choose, it will be a «win-lose» game, where the winner dictates its will to the losers. What Myanmar desperately needs right now, however, is not political contest, but political consent, which requires a broad national coalition. It depends on Daw Aung San Suu Kyi’s strategic vision as a politician and a stateswoman, whether this coalition will materialise.

Constitution of the Republic of the Union of Myanmar. Naypyidaw: Printing & Publishing Enterprise, Ministry of Information, 2008. 194 p.