Europe’s energy transition is under scrutiny following the region’s soaring electricity prices and the scarcity of fossil fuels. The inadequacy of renewable energies to efficiently respond to these problems has become apparent. Is it necessary to increase the commitment to renewable energies and accelerate the transition? Must Europe re-think the market for emission rights (responsible for 70% of the increase in electricity prices in Spain, according to the Bank of Spain)? Does Europe need to take a step back and stockpile fossil fuels to avoid a future energy crisis? 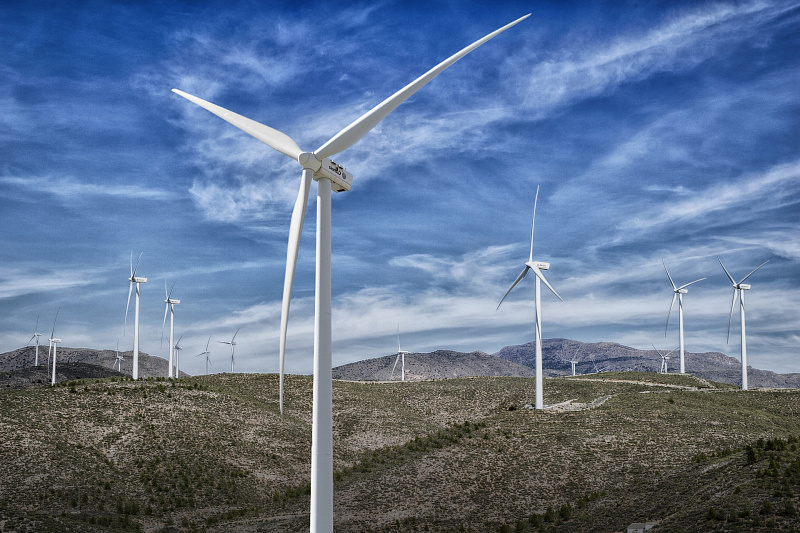 Spain, like the rest of its European neighbors, has been a victim of the current electricity price crisis and the authorities are still trying to resolve it. To understand it in depth, it is first necessary to understand the state of the energy industry in Spain. This article aims to present a detailed analysis of the most recent developments in the energy field in Spain, the current situation of the sector and its prospects. To this end, it studies fossil fuels, renewable energy, nuclear energy, and ends with an open discussion that seeks to address some of the main issues that will define the future of the energy transition in Spain.

For this analysis, the article takes official documents of the Spanish government as its main basis: the Energy Book 2018 of the Ministry of Ecological Transition and Demographic Challenge, the National Integrated Energy and Climate Plan 2021-2030, the Law 7/2021, of May 20, on Climate Change and Energy Transition. It also uses sources like the Red Eléctrica de España website, multiple Spanish press articles and the IEA Spain 2021 Energy Policy Review.

The government expects a 34% reduction of the fossil fuels contribution to primary energy by 2030 (with compared to 2017 data). In final consumption, oil participation is forecasted to drop by 28% between 2015 and 2030. Gas will maintain a stable share, due to its key role in the combined cycle electricity production that will support the development of renewable energy. Finally, coal will become insubstantial, in line with the Decision 2010/787/EU of the Council of the EU and the closing of the coal extraction in Spain.

The rapid development of renewable energy in Spain is supported by a strong legislative framework. This includes domestic laws as well as the EU policy for Renewable Energy and Climate Change as well as international agreements (the most important of which, the 2015 Paris Agreement, was ratified by Spain in 2017).

Until recently, the main regulatory documents were the 2007 Spanish Strategy on Climate Change and Clean Energy for 2020 and the Renewable Energy Plan 2011-2020, based on EU Directive 2009/28/EC. However, along with the Paris Agreements, Spain is developing a new Legal Framework of 5 documents:

This legal basis is supported by a set of institutions: CENER (National Center of Renewable Energies), IDEA (Institute for Diversification and Saving Energy), CIEMAT (Center of Energy, Environment and Technology Research), and CECRE (Center of Control of Renewable Energy). In addition, the government has created the Inter-ministerial Commission of Climate Change and Energy Transition (for coordinating between the different ministries) and has committed to establishing the Commission of Coordination of Climate Change politics (for coordination with the Spanish regions).

The National Integrated Plan of Energy and Climate 2021-2030 draws goals and prospects that are in accordance with the new law. For achieving this, it expects the renewable energy power by 2030 to consist of 50 GW of wind power, 39 GW solar PV, 27 GW combined gas cycles, 16 GW hydraulic, 9,5 GW pumped-storage hydroelectricity and 7 GW solar thermoelectric. The plan expects the price of energy generation to drop by 31% by 2030, carbon centrals to be non-competitive, and a governmental investment of 91.765 million euros in renewable energy (80% of which will be allocated to the private sector). It also forecasts that energy dependency will diminish from 73% in 2017 to 61% in 2030.

As for biomass, which accounted for only 4% of the total renewable energy generation in Spain, it is only recently that Spain took the necessary steps to promote this source. The National Integrated Plan on Energy and Climate 2021-2030 comprises the installed energy potential to double between 2015 and 2030, and states that there should be a further normative development.

The share of nuclear energy in the total electricity generation in Spain was 22.20% in 2020, having remained quite stable over the years. It signifies close to 30% of the total clean energy production in Spain.

The main actors of the system are 4 ownership and production companies (Endesa, Iberdrola, EDP and Naturgy), the Ministry of Ecological Transition and Demographic Challenge, the Nuclear Safety Council and ENUSA and Enresa (national companies in charge of fuel supply and radioactive waste management). On the issue of fuel supply, ENUSA Industrias Avanzadas is the state-company that produces nuclear fuel for Spanish nuclear plants as well as for exports. As there is no uranium mining in Spain, the country imports the enriched uranium, mainly from the United Kingdom (Brexit was addressed in bilateral governmental contacts) and it is ensured by the Euratom Treaty and the European Supply Agency. Regarding the waste management, high radioactivity waste storage has been planned but not yet implemented, and there is one storage center for medium and low radioactivity already.

By the year 2035 Spain plans to close all of its nuclear energy generation plants, in collaboration with EU nuclear countries. Enresa and the nuclear energy companies agreed in 2019 on a calendar to shut down the 4 nuclear plants by 2030 and the resting 3 before 2035. This signifies the consolidation of the process of shutdown of the reactors: it establishes the necessary protocols and puts an end to continuous disagreements between the parties. It also makes sure that nuclear energy continues contribute to the clean energy production goals of 2030.

In line with this, the Law/2021, 20th of May 2021, on Climate Change and Energy Transition states that the government will not give or extend any prospecting and exploitation permits for radioactive minerals and that it will not allow for new nuclear plants to be built. With the closing of the current nuclear plants and the prohibition on new nuclear plants, the future of nuclear energy in Spain is being replaced by renewable energy.

This article portrays the directions of Spanish energy policy. It notes a number of features: the decline of coal-produced energy and the mining of coal, the preservation of gas as a supporting resource for renewable energy complications, the abandonment of nuclear energy, and the commitment to renewable energy. While these goals are supported by a planned framework and milestones, factors that initially were not accounted for are impacting their progress.

Up until 2020 Spain was successfully closing down coal mining and coal-fired thermal power plants. By 2018 it had abandoned coal mining, and by the end of 2020 it had closed most of these plants. In 2021, however, Spain has had to increase the electricity generation of the remaining coal powered plants due to the storm Filomena and the shortage of energy sources that it is currently suffering. October is expected to be the month this year during which the highest amount of coal consumption. In addition to that, Spain has been buying Moroccan electricity originating from coal.

The use of gas in combined cycle plants is under scrutiny due to recent developments in the country's main gas source, Algeria. Algeria has traditionally exported gas to Spain via the Medgaz pipeline (directly to Spain) and GME (via Morocco). In recent weeks Alger closed diplomatic relations with Rabat, and three days later hinted that it would not renew the GME pipeline agreement, which expires on 31 October.

Exclusive use of the Medgaz pipeline (which has recently been extended) would not be sufficient to cover Spanish gas demand. Even so, after bilateral contacts, Algeria guaranteed gas supply to Spain and will probably continue to do so via LNG tankers, which will increase prices.

The Spanish nuclear sector is one of the most important sources of clean electricity for Spain. Yet the infrastructure is too old, and its plants have already received too many extensions on their use. The government, therefore, plans to close down all nuclear plants by 2035. As a result, we can expect a rise in the importance of nuclear waste management can be forecasted, as well as problems with the relocation of the industry workers. However, following the electricity prices exponential rice of this summer, the Spanish government has entered into a conflict with the electricity companies (which own the nuclear plants). In response, the companies have threatened to close all nuclear power plants by 2021. Such an event would significantly damage the Spanish stand on clean energy as well as accelerate the termination of nuclear energy in Spain.

In contrast to coal or nuclear energy, renewable energy sources are the focus of government support. The trend in the sector this century has been one of steady development, which this is expected to continue. While hydropower has historically been predominant, wind and solar are set to see the greatest increase. With this, Spain hopes to reduce its dependence on fossil fuels and lower the price of electricity.

However, these plans have been called into question by the events of recent months. On one hand, there has been criticism on the stagnation of the development of solar photovoltaic energy (partly due to the inadequacy of the public administration in processing the requested projects as well as the opposition from local communities in rural areas). While this does not jeopardize Spain's clean development goals, it does imply a certain slowdown. On the other hand, the current electricity price and energy supply crisis has highlighted the limitations of these developments in Spain, and has strained relations between government and energy companies, which may hinder future progress.

The prospects for energy in Spain are clear: renewable energy. The speed, however, at which Spain plans to reach its targets may be affected by factors not initially foreseen. The need to resort to coal, doubts about gas supply, and the conflict between state and energy companies that has endangered the continuity of nuclear energy in the country are examples of obstacles that need to be overcome. This is not to say that Spain will not achieve its goals, but rather that it is in a transition phase, and that the success of this process depends on how it responds to the problems that arise. This is why the future of energy in Spain, although moving in a very specific direction, is still open.