COVID-19 pandemic continues to have an impact on the entire spectrum of life. India and Pakistan are both affected by the coronavirus but will recover eventually. When the pandemic subdues, the strategic issues of contention between India and Pakistan are unlikely to be altered. The contemporary strategic environment in South Asia will not inspire state(s) to change their classical behavior, marked by ideological differences and assorted mutual conflicts. Five major factors shape this environment in the region as of today; unless these issues of fundamental nature are addressed, the peace in South Asia shall remain elusive. 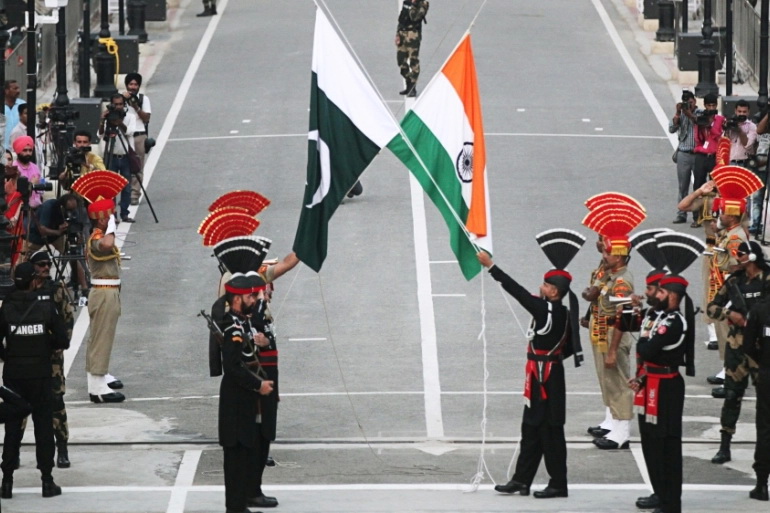 History remains the yard stick to speculate about the future and accordingly take corrective measures. The foremost factor that outlines the contemporary strategic environment in South Asia is the fundamental difference in the way of life between the Hindus and the Muslims that prevailed well before 1947. The Indian Congress party, though representing both communities while being predominantly controlled by Hindu elites, couldn’t address the reservations of Muslims as they feared of a deprivation of their rights. It generated amongst Muslims a sense of apprehension of Hindu-dominated regime after British colonialism. Partition of India, however, did not fascinate Hindu elite, and Muslims were perceived as antagonists. This constitutes the ideological underpinning of the modern India-Pakistan rivalry that primarily shapes the strategic environment in the region.

The second most important factor of contention between India and Pakistan, amongst other disputes, is the issue of Kashmir, which is often considered to be a nuclear flash point. Under the partition of the subcontinent, the areas with a Muslim majority were to make the state of Pakistan. Controversy over the state of Jammu and Kashmir—a Muslim majority state—ended up in a spiral of complications. Contrary to the 17 UNSC resolutions on the issue, the people of Kashmir remain deprived from exercising their right of self-determination. At the moment, India blames Pakistan for supporting freedom seekers in Kashmir and calls it as “state-sponsored terrorism” whereas Pakistan views it as a “legitimate freedom struggle by natives”.

The third important factor is the nuclearization of South Asia in 1974, a paradigm shift. It altered the strategic dynamics to augment deterrence stability between India and Pakistan. As a consequence, the possibility of an all-out war between India and Pakistan is minimized and any effort to wage a limited war under nuclear overhang carries dangers of further escalation. Limited war doctrine, after about fifteen years of denial, was finally acknowledged by India Army Chief in 2017. New Delhi deliberately downplayed Cold Start because of the fear that such an acknowledgement will inspire Pakistan to relocate its defensive formations close to the Indian border and develop low yield nuclear weapons in-response.

The fourth factor that continues to haunt the Indo-Pakistan relations is the interplay of “stability-instability paradox.” While the nuclear factor deadlocks the option of an all-out war at the upper tier, low intensity conflict and hybrid warfare continues at the lower spectrum of the conflict. India blames Pakistan for supporting insurgency in Kashmir, while Pakistan continues to expose India for waging terrorism inside Pakistan by supporting Balochistan Liberation Army (BLA) and Tehrik-i-Taliban Pakistan (TTP). This factor is closely linked with the unresolved issue of Kashmir, over which both counties have fought three major wars and countless border skirmishes.

The fifth factor is the interplay of global power politics and fall out of big powers competition on South Asia. Regional alignments witnessed unprecedented transition in the post-Cold War era. The most prominent feature is the emergence of Indo-U.S. alliance to collaborate as strategic partners on their mutual drive to contain China. India also enjoys historic fraternity with Russia – being cold war partner – so it continues to rejoice incentives from both sides. Indo-U.S. strategic cooperation triggered by Indo-U.S. Nuclear Deal in 2005, Indian NSG’s exceptional waiver to India in 2008 and Basic Exchange and Cooperation Agreement in 2020. India continues to acquire state-of-the-art S-400 Ballistic Missile Defense systems, “Akula” class nuclear attack submarines and supersonic Brahmos cruise missile from Russia. Pakistan-U.S. relations have drifted into low key working interaction while increasing Pakistan’s dependence on China.

Unaltered South Asian strategic post-COVID-19 landscape will continue to bear the repercussions of the Indo-Pakistani traditional rivalry. Unaddressed and unresolved disputes, especially the issue of Kashmir, will haunt the strategic landscape in the region for the foreseeable future. People of Kashmir will nevertheless continue to be the greatest sufferers amongst all parties, bearing the brunt of the carnage. Kashmir will remain a nuclear flashpoint and a prime driver of strategic instabilities in South Asia. Stockholm International Peace Research Institute (SIPRI) estimates of 2020 indicate that India accounts for 9.5% of the total global arms imports. Though India relates and justifies defense acquisitions in response to perceived threat from China; nonetheless, Pakistan’s security dilemma is accentuated. A recent study finds that even a limited nuclear war between Pakistan and India will disrupt the global food supply chains and could have grave consequences for the rest of the planet.

Nuclear deterrence is considered a stabilizing force that helps prevent wars between rival states. In the classical Cold War model, the U.S. and the former USSR successfully averted wars due to the fear of mutually assured destruction (MAD). In the South Asian context, strategies to seek space for limited war under nuclear overhang and escalation dominance will implicate the strategic landscape. The Economic Times reported a statement by Indian Army Chief on March 5, 2020 while addressing a seminar in New Delhi that “for years, Indians were told that if and when the international border between India and Pakistan is crossed, it would escalate to a full-fledged war whereas the Balakot demonstrated that if you play the escalatory game with skill, military ascendancy can be established in short cycles of conflict that do not necessarily lead to war” – Pakistan, however, perceives things altogether differently. Pakistan’s Strategic Plans Division’s (SPD) former Director General, Lieutenant General (Retired) Khalid Kidwai stated that the Indian leadership has drawn wrong conclusions from the Balakot crisis—there is no space for limited war or surgical strikes under nuclear overhang. Varying perceptions of India and Pakistan on war fighting strategies under nuclear umbrella make the South Asian strategic landscape dangerous and risky.

A post-COVID-19 environment promises to offer, to both India and Pakistan, opportunities to help resolve the strategic issues of contention with a fresh outlook. India, in particular, needs to rid itself of religious divisiveness that continues to grow in India. Even on the onset of the COVID-19 crisis, extremists in India attempted to link the spread of virus with the religious activities of minorities even as Hindu festivities were embraced. Such a crisis needs to be dealt beyond religious and other divides. Animosity and war-mongering behavior has not paid off either side with any of worthwhile dividends. The Kashmir issue is the legacy of the partition and should be resolved as per aspirations of local populace—but easier said than done. India and Pakistan have fought several wars and passed through periods of intense crisis to find a unilateral solution of the issue but this approach didn’t work. Several UNSC resolutions on Kashmir await implementation, while the international community has gradually started ignoring Kashmir being an issue to great complex. India denotes that Kashmir is a bilateral issue and Pakistan reiterates that it is to be resolved in accordance with UN resolutions on the issue – things are not moving either way.

The only viable option available is to create conducive environment for comprehensive dialogues between India and Pakistan on all issues of strategic contention, including the issue of Kashmir. The issue of militancy in Kashmir, which India calls as “terrorism” and Pakistan perceives as “freedom movement”, can be fixed when both sides are willing to negotiate and listen to each other’s perspective. Even without expecting an immediate success, dialogues and interactions can help ease up tense environment, build confidence and manage public perception alongside lowering war-mongering behavior. Alongside, both sides need to engage into measures which build mutual confidence and reduce trust deficit.

The Cold War model has proven that pursuit of strategic stability can help reduce tensions amongst rival states. These measures will help address security dilemma and diminish the prospects of unrestricted arms buildup alongside making conducive environment for conflict resolution, the desirable end result. Yelena Biberman, an associate professor of political science at Skidmore College, New York, aptly pointed out that the Biden administration must make Kashmir peace deal a foreign policy goal to reduce tensions between two nuclear armed neighbors. As eluded in some recent studies, there is need for starting and sustaining a dialogue process for resolution of outstanding issues. While there is a deadlock in India and Pakistan engagements at the moment, the world is expected to influence India in breaking the impasse and assist both the countries in resolving issues of mutual contentions for broader purpose of peace and stability in the region.