The humanist quantum interference: towards the “homo conscienciatus”

Welcome to Global Education Magazine! A digital magazine inspired in the universal values of the Declaration of Emerging Human Rights that aims to contribute to achieve the Millennium Development Goals by United Nations (MDGs), which is supported by the Regional Offices of Latin America and the Caribbean of UNESCO and UNHCR. An initiative launched by the teaching team that formulated the proposal most voted in the group “Sustainable Development for the Eradication of Poverty in Rio+20”. Our goal is to disseminate educational experiences (formal, non-formal and informal) from all over the world, creating new “glocals” networks to reflect about the value and significance of education in the XXI century globalized age. Some reflections that demand to contextualize the globalization tackling global dynamics (economical, political, cultural, social, educational, religious, etc.) with a complex thinking process and a holistic, poly-logic, multireferential, planetary and cosmic vision that proposes pragmatic alternatives for a changing, multidimensional and interdependent world.

Undoubtedly, one of the biggest challenges of the future education is the process of directing humanity towards new forms of cooperation and democratic social organization, which integrates the cultural diversity as a source of wealth, as well as fair and ecologically sustainable relationships with the environment. But, how to create a “Global Education” that respect the defining historic- cultural characteristics of each community, and at the same time, develop a critical consciousness that addresses common issues like sustainable development? That is the challenge we face today to achieve the MDGs, to which we must reply with a new awareness-identity of “Homeland-Earth”, where the human being is seen as a same biological specie with the same evolution, because the future history of our biosphere will depend of the future history of knowledge we develop and how we choose to apply it.

Thus, we need to formulate and organize knowledge through a complex, creative, transversal, polysemous, transcultural and transpolitical epistemology that promotes respect for human rights as an articulator metapoint of view of the human effort to become aware of the ethic sustainability of the world-society. We need, then, to take existential consciousness where the life is understood as an emergency in the autopoietic Planet Earth, (as the result of a cosmological exception), and where each version of us are aware of the existence of quantum interferences in the elections of our replicas in the infinite parallel universes of the multiverse. That is, quantum consciousness represents a new perception of the structure of reality where energy is connected to the ontological nature of life in all its manifestations.

In a metaphorical way, education is the causal energy principle of the transformation process of the human being, where the consciousness-body represent the reflection of the wave-particle duality, because our wishes and thoughts send a message-energy to the quantum-physical field toward the brain neurotransmitters. Therefore, education represent the big-bang full of transformative energy in continuously expanding that interacts positively on the lives of people: generating a self-organizing cosmos of infinite potential for personal fulfillment and improving the quality of life in the communities. Some well-known by thousand-year-old civilizations (of which only few of them are studied by science), which interpreted this cosmic energy in a phenomenological and hermeneutical way, according to past technologies and beliefs, shaping rich plural cultures and religions of different types.

Hence the importance, dear readers, that all and each one of us, coming from the big ethnocultural logs that make up the humanity, we take aware of the infinite potential of transformative energy that holds the sum of our hearts, thoughts and actions. An infinite potentiality that has to be promoted by a global- cosmic education-energy that generate a humanist quantum interference leading to the emergence of the “homo conscienciatus”: able to eradicate poverty and to achieve the MDGs. 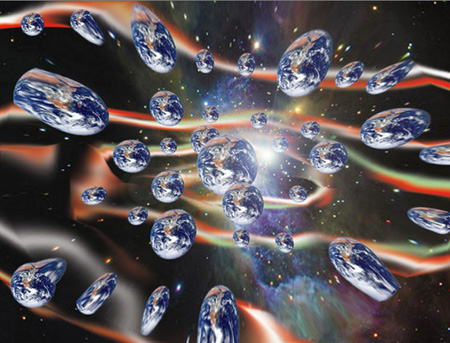 This article was published in Global Education Magazine, for International Day of the Eradication of Poverty: http://www.globaleducationmagazine.com/the-humanist-quantum-interference-towards-the-homo-conscienciatus/