"I saw that displaced women had many difficulties; they lived through atrocities and had enormous trauma. I realised that learning to write and training will help them forget the trauma, and what they had to go through. This is what pushed me to help these women and help them become independent"

Human nature is inscribed on the biophysical laws of life and death; which forces us to consider our relationship with the planet Earth and our destiny as a species. A human species whose long cosmo-eco-biological evolution would lead to a huge diversity of singular cultures that have been mutually fertilizing themselves since its inception. The emergency of ecological science, cosmology and molecular biology have led to systemic and transdisciplinary understanding where the universe is inside of us, and at the same time we are the universe. Humanity has in his DNA all the history of the universe and life.

Naturally, the reductive and mono-disciplinary conception of old science is blind to the self-eco-organization that occurs in all living autonomy. The sciences of 19th and 20th centuries house the human/animal and culture/nature dichotomy despite the Darwinian demonstration that contemplates humans as a long evolution of the lineage of primates Hominoidea. Effectively, self-eco-organizing principle is characterized by the autonomy and dependence of human life regarding their environment. That is, the human autonomy is inseparable from dependence on natural energetic resources of its environment. For this reason, the understanding of prehistory, with hunter-gatherer societies as las vestige of primitive humanity of homo sapiens, means a trans-cultural start point in the current world-society of the 21st century.

In these hunter-gatherer societies organized by clans, the male and female genders were not only biologically differentiate through their sexual organs, but they would also begin to establish differences in their socio-cultural roles. Probably, the characteristics sociocultural functions of male bioclase, such as hunting or war, would cause a bigger development in the left cerebral hemisphere of the encephalon, which is the neurophysiological part that works the logic, analysis and planification. By contrast, the sociocultural conditions of female bioclase in this period, as the collection of plants and fruits -besides traditional mothering-, would lead to a bigger development of right hemisphere, which is the part responsible for the sensations, feelings, empathy, intuition and overall apprehension.

Global Education Magazine aims to create and disseminate specialized knowledge with multi, inter and transdisciplinary contents, with original works of research, studies, reviews and innovative experiences to improve management and practice of institutions and organizations with humanitarian and philanthropic educational activities. For that reason we promote copyleft and creative commons for the dissemination of the magazine.

Global Education Magazine is destined to raise awareness, to develop critical thinking, and encourage the active participation of students in achieving global citizenship, solidarity, and committed to poverty eradication and sustainable human development.

We have the followings publications in the current journal:

The Feminine Condition: From Homo Sapiens in the Prehistoric Era to the Homo Conscienciatus in the Cosmodernity

SPECIAL: Reflections for the 21st Century: On how to discern on the importance of International Women’s Day, Marta Benavides

The Divine Nature of Women Naturally – A Challenge of 21st Century, Rashmi Chandran

And the Walls Come Folding Down: A Transdisciplinary Approach to Building Awareness, Balance, and Connection in Ourselves, Our Schools, in Our Communities, and in Our World, Karen Melaas

In addition, we also have other interesting letters with useful information:

About Our Evolution To Everlasting World Peace, Melcir Erskine-Richmond and Catharina van Staveren

Indigenous Women of Eco-villages in Orissa Asserts their Rights, THREAD

Increasing Women and Community Knowledge About Gender Issues and their Capabilities to End VAW in Sudan, Huwayda Mohamed Ibrahim 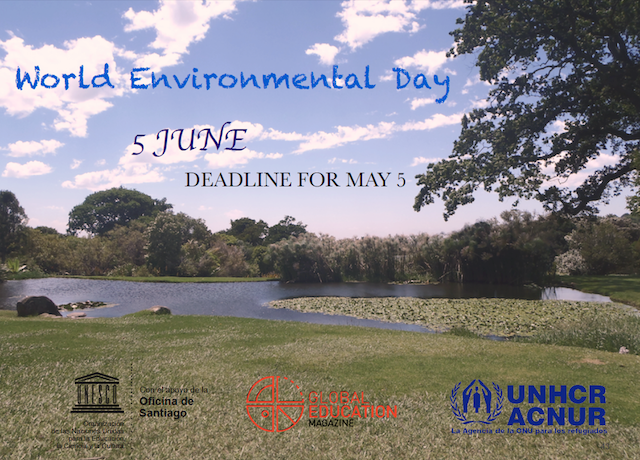 Let us know how to improve our work in: globaleducationmagazine@gmail.com