If it is true the European Union has experienced the greatest and longest peace of its history since the post-war period, sometimes the questions of closeness make the relationships problematic and create opportunities and opportunities to shake the tablecloths full of crumbs on the terrace of the neighbor giving the blame to the strong wind. The condominium is the transalpine area and the quarrelling Wiwes are Macron and the Italian "yellow-green" government.

That there is a distance between Macron’s En Marche! and the merger in search of continuous new balances that fit the Italian government, is undoubtedly a fact. The differences, however, are not limited to invective, in fact on several occasions, in addition to the mutual accusations of “malgoverno”, there have been micro-geopolitical episodes, culminating with the withdrawal of the French ambassador to Rome for consultations.

Furthermore, in recent months Rome and Paris have clashed in delicate matters, especially about migrants, when Macron criticized the new “closed ports” policy, clashing with the Italian interior minister Matteo Salvini (who made his “electoral battle horse” the issue of migrants). Not to mention the trespassing of the French police forces on several occasions, always about the issue of migrants. Certainly, the idea of the 5 Star Movement to review the high-speed Turin-Lyon project, defined as a “useless work” and “wanted by the worst lobbies”, did not positively affect relations with Paris. Another quirk, at the heart of Italian Finmeccanica, when the Paris-Berlin axis requested the intervention of the European commission to investigate the acquisition by Fincantieri of the French company Stx France (now Chantiers de l'Atlantique) — agreement taken by Hollande and immediately withdrawn by Macron as soon as he went up to the Elysium. There is also the public accounts front: where the statement by Italian Prime Minister Giuseppe Conte wants to go beyond the 2.4% threshold of the debt-to-GDP ratio (to implement the “policies for change” by increase public services and assistance, restoring and health the gaps of the past) just France was the biggest opponent in the negotiations. Key man in this matter Pierre Moscovici, European commissioner for economic and monetary affairs (essentially the auditor). Finally, Libya.

Now, in a world — the Euro-Western one — “challenged” by Twitter, Facebook and mutually accusing posts, the result of a virtual declaration can have cascading and unexpected effects. Furthermore, social networking is a real “El Dorado” of politics, both for self-styled “populists” and for those who want to keep their distance. Speed is complicit: the accusation of a President, a political leader, even of the Pope of Rome, in the context of a situation, travels among the net at incredible speeds, hitting people’s mind around the world and changing perceptions. Especially in those who cannot afford the luxury of attaching themselves to a thorough knowledge of a question: they rely on newspapers, social media and even social networks to inform themselves.

There are also issues that must — or should — be treated in a slightly different way in terms of international relations. Libya precisely.

If exactly one year ago, France was ready to launch its attacks on Syria, today it seems to be evidence that France is — one way or another, more or less directly — behind Haftar’s ascent to Tripoli. France is in the sub-Saharan Africa the nation with the highest military presence, and therefore enjoys a privileged role in military matters. Indirectly also the historical-colonial ties of France with Chad, clash with the Italian dynamism in the North African area, especially in Sahel.

A few days ago, Europe wanted to condemn the actions of General Khalifa Haftar. He is determined to be the only military leader in Libya and has embarked on a military campaign “rising” towards Tripoli, where clashes are currently underway. A sort of veto was placed right by Paris. The document was prepared by the External Service of the European Union, circulated in all the member states for the approval, and blocked by Paris because it reported the name of General Haftar. Therefore, France has discovered its strategy, although Paris wanted formally not to pose an obstacle, but to modify some parts of the document.

Any possible military coordination between Paris and Haftar also worries Italy. The General is supported by the United Arab Emirates, Egypt and Russia, as well as of course by France (although the Tripoli government is formally recognized). The advance of the General is a strategic problem for Italy, the main sponsor of the Al-Serraj government, as Eni — main Italian oil company, originally Ente Nazionale Idrocarburi — holds most of its deposits in Cyrenaica.

The Italian Information Agency for Foreign Security (AISE), went to Tripoli a month ago, where it met Al-Serraj, while the bombing in the south continued without any coordination with Italy. This news also confirms that the Italian secret services were probably aware of Haftar's plans a month ago. It was in fact General Caravelli (number two of the Italian secret services, who led the meetings in Tripoli) to invite Haftar to the Palermo conference on Libya last November.

Furthermore, it must be remembered that in coordination with the European Union in Libya, the reception camps for migrants from Central Africa have been established, with economic aid, equipment, know-how and coordination with the Italian coastguard, which together with the Libyan counterpart it has almost completely stopped the flows by sea. That of migrants therefore remains a central node (while from Tripoli they know that about eight hundred thousand people would be ready to escape by sea to Italy — with ISIS terrorists infiltrated among the displaced) which also worries internal politics. 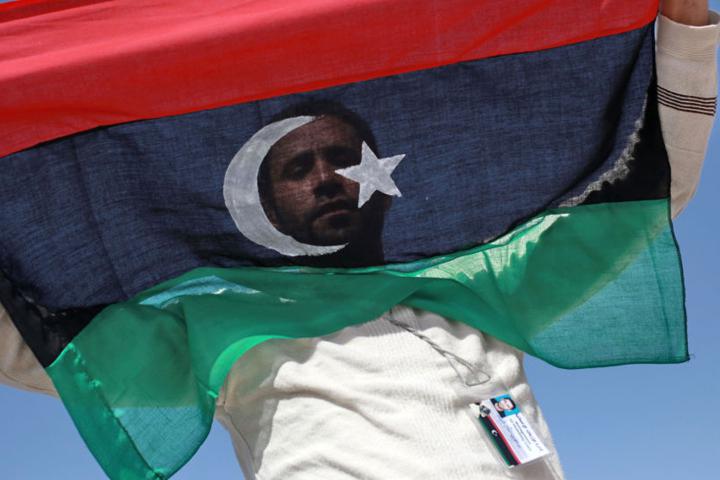 Italy maintains troops in Libya, in Misrata and Tripoli that have not withdrawn after the start of the clashes, to prevent local militias from taking control or fighting against civilians. Furthermore, the measured presence of a large field hospital in Misurata is strategically important, in fact it allows to remove a strategic point from Haftar (Misurata) and gives an advantage to Italy, since it allows to have an operational control over the territory.

The proximity of the Premier Giuseppe Conte to Al-Serraj, put Italy in a particularly delicate position. Haftar's entry into Tripoli, after obtaining much of the Fezzan, has turned into a battle with uncertain contours. What is certain is that Italy should move a move, given the interests in Libya. The commitment in Libya is also necessary to show the commitment made as a public, to be honoured.

Whether you want to read in terms of strategy, geopolitics, strength, power, the fact remains that abandoning Libya would now be equivalent to losing any chance of future leadership in the region for Italy — and a juicy appetizing victory for Macron? Speculating on nothing is never good. But it is interesting to note how it has been observed by various Italian newspapers, that following the radar tracker of airplanes, Benghazi-Rome-Benghazi and Benghazi-Paris-Benghazi flights were carried out in highlights of the conflict phases in last weeks. Confirmation of those visits, last April 4th, was given by the Elysium, which confirmed that it had received Haftar emissaries.

Maybe everyone wants Haftar in command, the only one capable of stabilizing Libya? Perhaps the role of the neighbours who bicker has perhaps become of secondary importance and Italy is pretending — now too exposed — to protect its interests? The news leaked in these hours of a mercenary captured by Al-Serraj, who reported as foreign military advisers were often – supporting the operation — on Libyan military flights in which they moved troops. However, an even more complex plot seems to emerge, where the support does not come (only) from France or from elusive French generals, but from Gulf countries, especially from Egypt and Saudi Arabia. A direct help, regardless of where it comes from, will highlight the intention to claim someone as a new emerging main actor in Lybia — to the detriment, incidentally, of Italy.

Meanwhile, Prime Minister Conte will engage in dialogue with the vice president of the Libyan presidential council, Ahmed Maitig, in the presence of emissaries from Qatar, while clashes continue in Tripoli. Al-Serraj accused France, Macron and the Elisée of supporting Haftar.

Italy remains in a doubtful position. It reminds us, what happened in 2011, while under the United Nations resolution 1973 attacks carried from France, United States, and United Kingdom began in Tripoli (and other cities) on March, and Ignazio La Russa (then Italian Minister of Defence) begged the “allies” to involve Italy, which was instead used – proposing himself — as logistic deposit of many fighters. Italy then was too busy and close to Libya to allow itself to take different positions — some say that the government then hold by Silvio Berlusconi also ended up for this. But as they say, “you have no one to blame, but yourself”.

Moreover, despite the appeals of the international community to cease fire, even on the occasion of the celebration of the festivities linked to Ramadan, General Haftar seems to want to continue towards the capture of Tripoli. For his part, former Prime Minister Gentiloni expressed his disappointment at the lack of involvement of the United States, while there are already those who speak of the inadequacy of the current government to manage the complicated situation. Al-Serraj is expected in Italy in the coming hours to ask for help and perhaps a military intervention, to redress the situation.

In these hours, therefore, Italy finds itself in a similar situation. It remains to be seen whether the premier Giuseppe Conte — the “non-political professor” of law who is showing a certain taste for diplomatic games — will manage in an “intelligent” way all the issues. Finally, the US should move a step. As often happened recently, it could be really unpredictable.

To look for traces of the quarrel between Italy and France in Libya is an understatement. Perhaps it should be ascertained that those small quarrels between different political parties and currents of thought are not really the outlet of a deeper problem, which refers to traditional international politics and power: made up of clashes, wars, oil, wars for oil, areas of crisis, coups and geopolitical problems. Not only, therefore, to the neighbourhood bickering.