Interview with professor Sonin, esteemed economist of the University of Chicago

Russia has back fired to the western sanctions by banning the import of a wide range of food products in the context of the Ukrainian crisis. According to Russian authorities, this is a two-fold policy: on the one hand, it is economically non-profitable for the targeted countries, whereas, on the other hand, Russian food industry is said to be significantly growing, Western goods are expected to be replaced by the Russian ones on the domestic market through a process of “import-substitution”.

Yet, some argue that “import substitution” process is not feasible and might not have any political future. Also, the “food nationalism” rhetoric that authorities are openly advertising could not be for the good of the Russian society. Rather, it could result in a general deterioration of the economic welfare.

In order to cast light on these issues, I have interviewed an expert of political economy and trade policies, Professor Konstantin Sonin. Professor Sonin is a prominent economist, former Vice Rector of the Higher School of Economics in Moscow and current Professor at the University of Chicago. He is also a columnist of the Russia newspaper Vedomosti and Moscow Times. 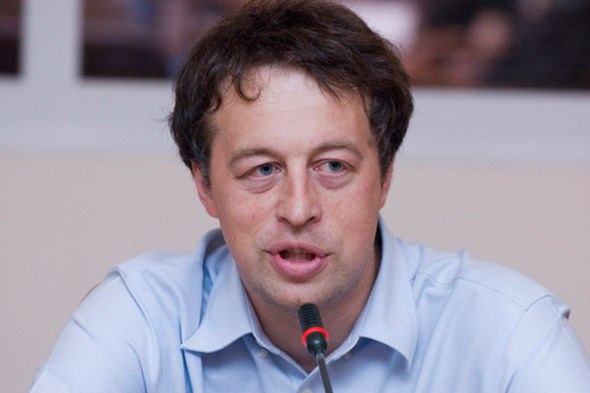 It is widely known that governments can undertake protective measures to secure national economy. Can we compare Russia’s embargo on food to a protective trade policy? Why?

First, let me say that every attempt to alter trade patterns is a distortion. To a greater or lesser extent it reduces the benefits of free trade. Second, Russian embargo on food might actually resemble a protective policy but there are some important differences. To begin with, when governments implement protectionist measures they are usually pressured by powerful lobbies. In our case, this hasn’t happened. The authorities simply acted autonomously. Furthermore, those lobbies usually represent a single industry; they don’t embody a whole sector (such as “food”). As a consequence, and in contrast with the embargo, protective measures target only very specific industrial segments. A part from that, embargo can be compared to protective policies –in the sense that it hurts consumers.

Is there something on import substitution that Russia might learn from economic theory and practical experience?

First of all, let me say that the term “import substitution”, that we are so used to seeing daily in Russian and international newspapers, is not a correct one according to economic norms. It is true that the term has been used to describe some national protective strategies; yet, the subject of protection has always been related to technology, something that the countries in question didn’t know how to produce. In our case, the opposite occurs. Russia already has a well-established agricultural sector. It may not be competitive because it relies on state subsidies, it is not reforming and doesn’t use advanced technology, but, still, it has it. Limited competition means that the existing inefficiencies are simply more protected.

Have protective policies actually favored the development of national industries?

It is a very complicated question to answer. Sometimes they do sometimes they don’t. For example, the Russian government had continuously protected the largest Russian car producer, “AvtoVAZ”, for a long time. As a result, prices were high, the firm’s owners earned a lot of money and the quality of the final products was low. Then, once the government lifted protections, prices decreased and “AvtoVAZ” improved its cars to remain competitive. In other words, fewer barriers were beneficial both for the consumer’s pocket as well as for the overall quality of the product. Another example comes from the food industry. In 1992 Russia didn’t have any kind of import barriers on food (a very unique case in the world history) since the situation was so tragic that it couldn’t allow erecting any barrier at all. The long lasting result was a surprising improvement in the national food sector. New enterprises emerged, others enlarged and the food industry overall flourished. Therefore, it is not true that there is a correlation between trade barriers and incentives for protected industries to develop, rather the contrary.

In the light of what you have said, could you tell us who are then the winners and the loser, in economic terms, of the food embargo?

The losers are easily identified. They are the millions of Russian citizens who pay more for food than they should have paid. This is obvious especially outside of Moscow. Moreover, the situation is even more dramatic when considering those in the lower half of the income distribution; these people spend between 40 and 50 percent of their income on food. Therefore food inflation is disastrous and cannot be attributed only to the ruble depreciation. Rather, it is a direct consequence of the embargo on food so that inflation in other sectors didn’t increase as much as in the food one.

Winners are also easy to spot. Owners of agricultural firms earn a much more money for the same amount of produced food. When the embargo was introduced many economists indeed wrote that this would have been the inevitable consequence of removing competitors from the market. If you consider that, after the embargo was imposed, one of the largest Russian agricultural entrepreneurs was appointed as Minister of Agriculture, well, this became a classic textbook of politics and business story.

More in general, what is your attitude to this policy? And what will happen to the Russian economy when the embargo is lifted?

That it is not only a bad policy per se; it has also been implemented at a very inappropriate moment. With a crisis already in place, such move has just contributed to make the things worse. It reminds me very much the last years of the Soviet Union, when many of the policies enacted contributed only to the economic degradation.

In any case, once the embargo will be lifted the first thing we will notice will be an increase in the assortment of cheese in Moscow shops. Also, there will be more food everywhere and the correspondent inflation will go behind consumer prices’ index. In other words, there will be considerable improvements.