Will US withdraw from Syria as it did from Afghan base?

After the United States withdrawal from Afghanistan, Arab countries are wondering whether Syria – which has hundreds of American soldiers – will be the next country to witness a U.S. withdrawal. This was already stated in an analytical article in Foreign Policy magazine. 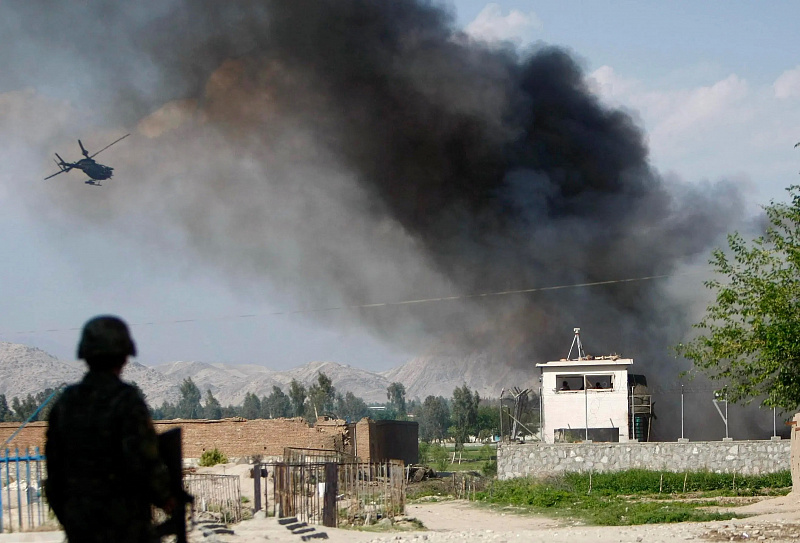 The piece says that given current U.S. President Joe Biden’s policy toward Afghanistan, which is based on a declaration similar to one by former U.S. President Donald Trump, Arab leaders are likely to prepare for Washington’s exit from Syria, where the U.S. has no vital interests.

The possible U.S. withdrawal from northeastern Syria reminds us of Trump's announcement of the "U.S. victory over Daesh" in December 2018, when the U.S. declared its intervention in Syria was aimed at eliminating the terrorist group.

In October 2019, Trump said that it was time for the U.S. to "get out of the ridiculous endless wars in Syria.” Trump also added in connected tweets that “The United States was supposed to be in Syria for 30 days, that was many years ago. We stayed and got deeper and deeper into battle with no aim in sight," noting that U.S. forces arrived in Syria when Daesh was spreading in the region.

After the Taliban takeover, Biden said that the U.S. would not have settled in Afghanistan forever and that he was following the agreement concluded by Trump with the Taliban to withdraw American forces. Biden also stressed that he does not regret implementing the decision to withdraw, underlining that "the mission in Afghanistan was never to build a state."

In his speech, Biden noted that China and Russia would have liked the U.S. to plunge into the Afghan quagmire indefinitely, and said that "our two true strategic competitors, China and Russia, would like the United States to continue to devote indefinitely billions of dollars of resources and attention to achieving stability in Afghanistan."

Whether the Americans and the international coalition with them did a bad job training the Afghan army, or whether that gathering was even qualified for training, does not matter now. It is certain that Washington is tired of sitting in Afghanistan and everything that happens there today and going forward will be with the tacit approval of the international community. Now, the basic principle for everyone will be to reduce negative consequences, not prevent them.

It is worth noting what the new commander of the Afghan Bagram Airfield said that the U.S. forces left the base weeks ago, without informing the Afghan side. He told international media that the U.S. forces left the base at night, and the Afghan army only learned about the exit later. The U.S. Department of Defense justified its decision not to announce the date of the withdrawal from the base, citing "security reasons," especially after Afghan officials expressed their disapproval about not being informed of the date of the U.S. withdrawal.

In the same context, an article by the former U.S. ambassador to Damascus, Robert Ford, earlier this year in Foreign Affairs magazine, stated that the Biden administration needs to cooperate with Turkey and Russia to solve the region’s problems and combat Daesh. The article said the U.S. must recognize its inability to create a new statelet within Syrian territory.

Ford said, "under American supervision, the region (northeast of the Syrian Arab Republic) was transformed into a semi-state with its own army consisting of the Syrian Democratic Forces and PKK/YPG elements." The American diplomat added that "this statelet will not be able to support itself and will continue to rely on American resources for the foreseeable future, and Syria has never been a major issue for American national security."

In his article, Ford notes that achieving U.S. interests does not require ensuring the administration of eastern Syria, but rather containing terrorist threats there, which is very similar to the policy toward Afghanistan today. The big question currently circulating is whether Washington will withdraw from eastern Syria in the same way it "secretly" withdrew from Afghanistan's Bagram?