Disappointment in Tashkent: Iran and the Shanghai Cooperation Organization

At the end of June, the leaders of the Shanghai Cooperation Organization held their annual summit in Tashkent, where they discussed the pressing security problems of the region. While the central focus of the meeting was on the fight against terrorism and extremism, the question of extending membership to several countries was discussed. The main result of these discussions was that Pakistan and India signed memorandums of obligation to join as full members. It is expected that they will accede to the organization by 2017.

Expansion of the organization into South Asia is being viewed as crucial to tackling security threats that affect the entire Eurasian region. For Pakistan, it is a forum for building partnerships to address its domestic security concerns, which have spillover effects into neighboring Afghanistan, and subsequently into Central Asia. As the first Eurasian organization it has joined, India sees the organization as a potential springboard for greater economic and security cooperation in the region.

While the Tashkent summit was a crucial step closer to membership for India and Pakistan, the summit proved to not be nearly as successful for another regional player. Despite its return to the global stage following the removal of UN sanctions, Iran’s reception at the summit did not live up to its expectations.

Iran’s history with the SCO is complicated. The country has observer status with the organization and first applied for membership in 2008. At the time, Iran’s membership was blocked by the SCO due to the UN sanctions over the country’s nuclear weapons program. Following the nuclear deal and subsequent lifting of the sanctions, Iranian SCO membership is back on the table. Membership would help break the foreign policy and economic isolation the country experienced due to the UN and could serve as a crucial step towards greater regional collaboration and integration. 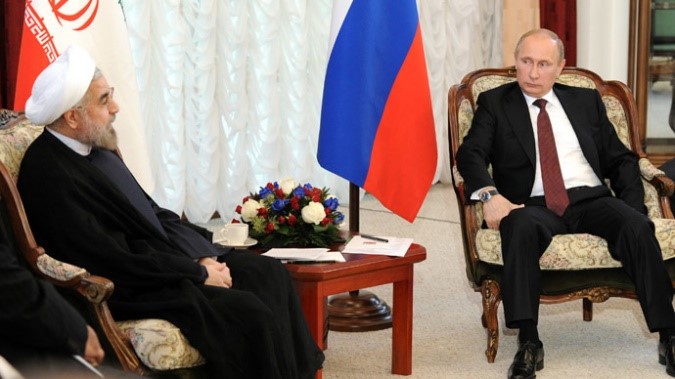 At this year’s summit, Iranian Foreign Minister Mohammad Javad Zarif presented the country’s case for membership. Russian President Vladimir Putin pushed Iranian membership at the meeting, claiming that with UN sanctions lifted there was nothing left to block the country’s accession. But not enough support materialized. China had previously announced its support for Iran’s membership when President Xi Jinping visited the county in January, but in the run up to the summit this support evaporated. Beijing reportedly wanted to focus on the accession of Pakistan and India before turning to Iran. Other SCO countries did not even acknowledge discussing Iranian membership in their official statements. A summary of the summit’s proceedings released by the office of Uzbekistan’s president merely mentions that Foreign Minister Zarif was in attendance.

What is clear from the results of the summit is that existing divisions among the member states regarding Iranian membership may be widening further. China and others are concerned that Iran’s membership, and its close relationship with Russia, would reinforce perceptions that the organization is anti-western. But the addition of India into the fold should alleviate some of these concerns. The dissenting voices may want to assess Iran’s commitment to the nuclear deal of the next year before granting it membership. This avoids the embarrassment of Iran reneging on the deal and having UN sanctions imposed while it is a member of the organization.

The obvious implication of this is that SCO membership for Iran will have to wait until next summer’s summit in Kazakhstan. But Iran may want to use the time to evaluate whether it really wants to join the SCO, given that the organization’s most recent expansion may only create more problems.

Despite the fanfare around India and Pakistan moving closer towards ascension, their inclusion is driving the member countries further apart. The small states fear that now their voices and decision making power will be diminished with the inclusion of India. Iranian membership could see their voices diminished further given the country’s tendency to align with Russia on many issues.

India’s inclusion may also signal a simultaneous loss of Chinese interest in the SCO. Worried that India will serve as a counterweight to its influence in the organization, Beijing may have dropped its opposition to India’s membership because realized it can better carry out its plans for the Silk Road Economic Belt through bilateral means. This is the result of Russia blocking further development of the economic aspects of the SCO.

There is also concerns that disputes between Pakistan and India will bring the organization’s work to a standstill. The most likely flashpoints are Kashmir, where part of the China-Pakistan Economic Corridor is being constructed, or conflict over the disputed parts of the Sino-Indian border. Even with the SCO’s record of security cooperation, nobody imagines that these long-standing differences will simply be put aside.

Given the slew of problems, the SCO is not worth Iran’s time and effort. Membership will not provide much benefit outside of being a signal that the country is ready and willing to engage in the various Eurasian regional projects. If the country wants signal this, its best option would be focus on negotiating a free trade agreement with the Eurasian Economic Union. This has the clear benefit of strengthening economic ties to a large part of the region with none of the political downsides of SCO involvement.

The reality is that does not need multilateral institutions to strengthen its regional involvement. The country has had massive success in establishing bilateral partnerships. China continues to be the country’s largest trading partner, with the two countries hoping to expand bilateral trade to an astonishing $600 billion by 2025. Indian-Iranian relations are also flourishing, with India pouring millions into developing the port at Chabahar, which creating a trade route to Central Asia and Russia that avoids Afghanistan and Pakistan. Economic and security relations with Russia are only growing stronger. Russia delivered the advanced S-300 air defense system to Iran in April. When Iran’s Defense Minister came to Moscow in February he reportedly brought the country’s $8 billion dollar wish list for Russian military equipment.

While Iran should not abandon their push for SCO membership, the Iranian leadership should temper their expectations. The next year will begin to reveal if the inclusion of Pakistan and India will bring new energy and ideas to the organization or if it becomes a defunct political quagmire. Regardless, if the Iran’s primary motivation is to engage in the multilateral security cooperation, it should continue to push for membership. If the Iranian leadership’s main desire is to strengthen economic cooperation with its neighbors, then Iran is better off without the SCO.