Separatism factor in world politics: how should the world community react on separatist sentiments?

The notion of separatism is not new: ethnic minorities have been struggling to gain independence in various regions around the world for ages. As the majority of the modern states is not ethnically homogeneous, many have a potential of an arising struggle of independence of the minorities, especially taking into consideration the rise of nationalism. This issue is indeed of a global scale as the separatist movements persist concerns not only underdeveloped and developing countries but developed as well, again only proving that it can arise anywhere in the world. 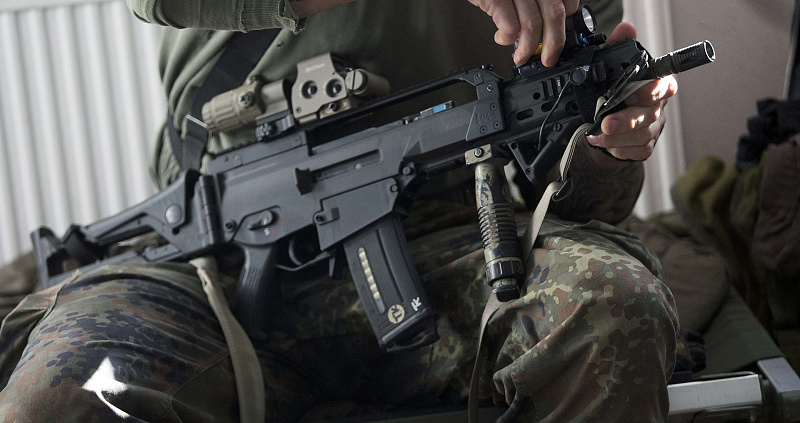 The separatist movements might be considered as an internal and external threat to peace at the same time as it affects many actors. It is, of course, the state where the separatist movement emerged as the minority is willing to gain independence from it, violating the integrity of the state. However, the neighboring countries fall under the blow too. As a result, the separatist sentiments spread further, putting at risk international peace and security as the struggle for independence might escalate into an armed conflict.

The way the political and territorial landscape might change in the result of the separatism movements activity and states breakups has been already seen a couple decades earlier. The consequences of separatism sentiments are quite alarming and might lead not just to autonomy for the state: the events around 1990s show how drastically can the political landscape change not only of a state, but of a region or the world as a whole. The dissolution of Yugoslavia and Kosovo’s demands for autonomy, the split of Yugoslavia, separation of the satellite states of the Soviet Union and the disintegration of the USSR – these brought a big change in a system of international relations, which was not made by peaceful means only (including violent conflict in certain cases).

However, despite the previous examples in history that show the struggle and negative impact for the civilians, the minorities demanding for autonomy might still use violent means. Since it is impossible to eliminate and fully control separatist movements, the issue indeed needs special attention as every case is special. However, there might be still certain common approach or a mechanism in an intergovernmental organization to deal with separatism developed as when it comes to acceptance of the newly emerged actors the opinions divide, which complicates the relations between the states that might have already been uneasy. Thus, the following questions arise: how should the world community react to the cases of separatism? Is it the state’s sole responsibility to deal with separatist movements or they should be regulated in the cooperation with other authorities such as international and intergovernmental organizations? Should there be a universal and unanimous approach to deal with cases of separatism?

In order to answer these questions, it is first important to define to what extent it is possible to give the green light for the separatist movements. Should they all be suppressed in order to save the integrity of a bigger state or should the people be actually given the right for the determination? Of course, it is hard to give a definite answer, however, in order to develop a certain strategy that would allow to tackle and handle the issue of separatism, these questions should be answered as well.

The bigger amount of actors there are in the system of international relations – the more complicated it might be to build dialogue, seek compromise to resolve the conflicts and overall maintain international stability. So, in order to try to decrease or at least regulate the amount of separatist sentiments, the factors that affect the minority’s decision to separate should be taken into considerations. Usually these factors include: discontentment with economy, political and cultural differences.

Most likely, talking about the fact whether these questions should be handled individually or collectively, the latter one seems to be more rational as in the time of globalization any instability can make a great impact on other actors in the system. Dealing with separatist cases has a lot to do with conflict resolution and conflict prevention, which are among the United Nations’ core responsibilities. However, the United Nations’ effectiveness in it is often questionable despite the successful cases. However, as intergovernmental organization that has enough instruments and mandates, it can contribute a lot to the regulation of issues concerned with separatist movements. It can also serve as a platform for discussion of these issues, contributing for building a dialogue for both conflicting parties and the concerned states. So, a greater emphasis on using the intergovernmental organizations might facilitate and manage the conflicts concerned with separatist sentiments, focusing on the use of peaceful means that would prevent from conflict escalation, contributing to international security.

Concerning the unanimous approach, as it was mentioned before, it is hard to develop a single template that would fit all the cases. However, focusing on negotiating in order to eliminate the possibility of escalating to a violent one would certainly contribute to a decrease of negative impact of separatist movements, not bringing it to the extreme. Also, monitoring the development of separatist sentiments would play a big role in a way that it allows to resolve the conflict peacefully. Together, monitoring and early response is probably the best approach to conflict management and resolution, and it has to do with separatist cases as well.

International stability and security is crucially important for the coherent development of the society. Without it maintenance and forehanded response to various threats to it, the international community will face disastrous challenges that potentially would cost human lives. As separatism might be considered as a threat as well, it must addressed and managed at the early stages. Cooperation of the local governments with such intergovernmental organization as the United Nations in these terms would probably be the best strategy in order to ensure a clear understanding of the situation (the demands and position of the parties involved in the conflicting satiation regarding the desire for autonomy), and as a result, take the measures necessary. Again, the early response is highly important as it allows to avoid violence, that is why monitoring of separatist sentiments should be regarded highly.

The current system of international relations is complex and relies a lot on interdependence. The actors in the system are tied up economically and politically, and despite all the benefits they get from it, the way the negative events might affect each of them can become a trigger or a cause for a crisis which would be difficult to resolve. Although separatism might be regarded more as a local threat meaning that the separatist movements can inspire the neighboring countries in the region, if it scales up and continues spreading further and further, it has a potential to result in a crisis of a world scale. So, before it potentially becomes a trend, the preventive measures should be integrated as soon as possible as it always take time to develop them. Managing the conflict when it has already escalated is feasible, but it is very likely that it will be difficult to avoid violence. Developing the grounds, platforms and mechanism that would allow to seek for the most peaceful ways for resolutions has to be done in advance. The cases of separatists sentiments are not so rare, and they are present even in the developed states. There can be listed numerous cases, including Catalonia, Scotland, Kashmir, Hong Kong and so on. These situations should not be left alone as they will not be resolved on their own and can escalate any time. They can grow in numbers, and before it happens, a more developed mechanism for its peaceful management should be created.