The Many Roadblocks of Russian-South Korean Economic Integration

Northeast Asia is comprised of 6 countries: Russia, China, the Democratic People's Republic of Korea (DPRK or North Korea), the Republic of Korea (South Korea), Japan, and the United States. For both experts and casual followers of international news alike, reading through the list of countries above brings to mind recent world events, such as the increased trade tensions between the U.S. and China beginning in 2018, missile testing by North Korea beginning in 2017, and well before that, sanctions leveled at Russia in 2013 for its interference in Ukraine.

While these events are unrelated, it underscores the fact that Northeast Asia often finds itself at the center of world news as a dynamic, complex, and in someways volatile region. Not only in the global arena but regionally as well, the challenges facing members of Northeast Asia in establishing bilateral relations and initiatives are becoming increasingly clear.

One example of such an initiative is the New Northern Policy put forth by the Moon Jae-in administration of South Korea. This policy outlines nine spheres of potential economic cooperation between South Korea and Russia, including energy, transportation and agricultural production. As Russia has expressed interest in developing its Far Eastern region, where the bulk of the projects would be located, the initiative seems to be of mutual benefit. 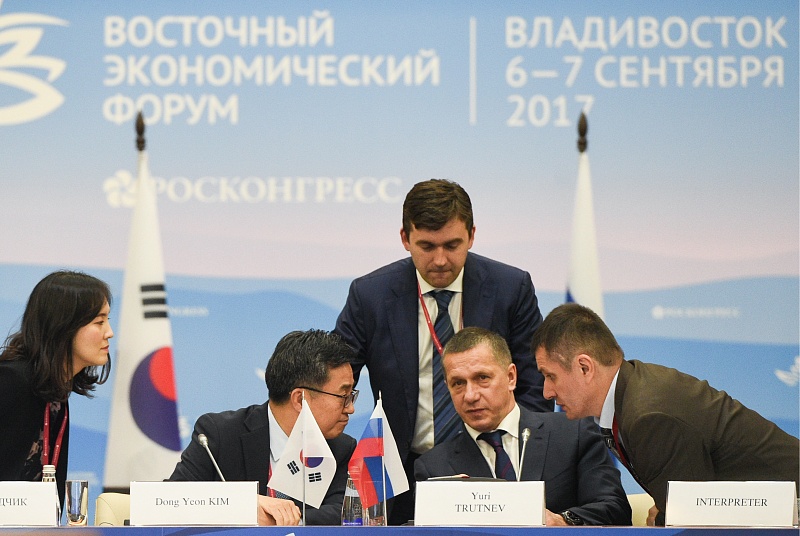 Despite the projects’ viability on paper, little to no progress has been made in implementing the initiatives outlined in 2017 by South Korean president Moon Jae-in.

We must ask - why? Is it a change in political will or interest? No. Moon Jae-in hasn't wavered in his desire for cooperation with Russia, and President Vladimir Putin of Russia continues to pursue his "Pivot to the East" policies.

Is it the delicate geopolitical situation due to North Korean nuclear ambitions and status as a pariah state? Perhaps in part. It's true the some of the nine projects proposed would involve North Korean participation, as railway shipping routes between South Korea and Russia would by necessity go through North Korean territory.

A third answer, and I contend the most consequential reason as to why the New Northern Policy has been a non-starter, involves another member of Northeast Asia: the United States. The historic alliance between South Korea and the United States, beginning with the Korean War in the 1950s, doesn't allow for any real, concrete steps to be taken to deepen the diplomatic or economic relationship between South Korea and Russia, considering the current tense relations between Russia and the United States. This answer reveals the true complexity of relations between members of Northeast Asia.

Not only does South Korea continue to rely on the United States for national security purposes (there are over 28,000 U.S. military personnel stationed in South Korea) but the United States is also South Korea's second largest trade partner after China. Russia, in comparison, ranks 16th on the list of South Korean exports and 8th for imports.

It's impractical to think that South Korea would jeopardize both its well-established security alliance and strong trade relationship with the United States in order to implement the initiatives outlined in the New Northern Policy. The possibilities of development in the Russian Far East are alluring to be sure, but South Korea must carefully consider the viability of such initiatives, especially in light of the negative track record of past South Korean-Russian ventures.

Lastly, we mustn't forget the economic sanctions placed on both Russia and North Korea by the international community. These sanctions seriously inhibit South Korea's ability to implement heavy industry projects like the construction of railways or energy plants with its northern neighbors.

For the time being, the New Northern Policy will most likely continue to exist only on paper. However, as mentioned previously, Northeast Asia is an extremely dynamic region, meaning changes can happen rather quickly.

Suppose, for example, that the U.S. administration continues to place pressure on its allies like South Korea to shoulder more of the economic burden of hosting U.S. troops abroad. This pressure could cause a ripple effect in South Korean domestic politics, resulting in a call for restructuring of the decades-old alliance. Depending on the political climate in South Korea, any renegotiation of the existing structure could give South Korea more flexibility in its efforts to initiate bilateral relationships with neighbors who don't necessarily see eye-to-eye with the United States.

Secondly, the economic rise of China and subsequent trade tensions with the U.S. puts South Korea in precarious middle-man territory. Both China and the U.S. are important trade partners for South Korea, but if tensions continue to escalate between the two, is there a possibility that South Korea would be forced to choose one over the other? In this scenario, and with a nod towards geopolitical considerations, South Korea could move towards its Western neighbor, China, as a favored trade partner. This action could open the door for South Korea's economic integration with the Russian Far East, as China too has increased trade with Russia to an all-time high of US$108 billion in 2018.

As the situation stands today, however, it would be extremely difficult if not impossible for South Korea to implement the New Northern Policy under the current parameters of the U.S.-South Korean alliance. While delegations from both sides will likely continue to pay lip service to the project, only a radical restructuring of the U.S.-South Korean alliance or global financial crisis resulting in a South Korean pivot to China could allow the initiatives to truly materialize.