It was very sudden. Even the ministers of the Russian government appear to have been surprised at the news of the government's resignation. Maybe it's because of the New Year - old ones go and new ones? But it was clear that Vladimir Putin had made another decision. It is four years away from leaving power, and it has been twenty years in power. It was as if he intended to plan for the future. Mikhail Mishustin is a technocrat who managed to make the hated Russian tax system so overwhelming that it now works like a clock. He has now become the new head of government. On the other hand, the career of a man who has been Putin's good friend since the time he came to power ended. Dmitry Medvedev served as president for four more years because Putin's continued work was against the constitution. Government change must be addressed at three levels: domestic, regional and international. 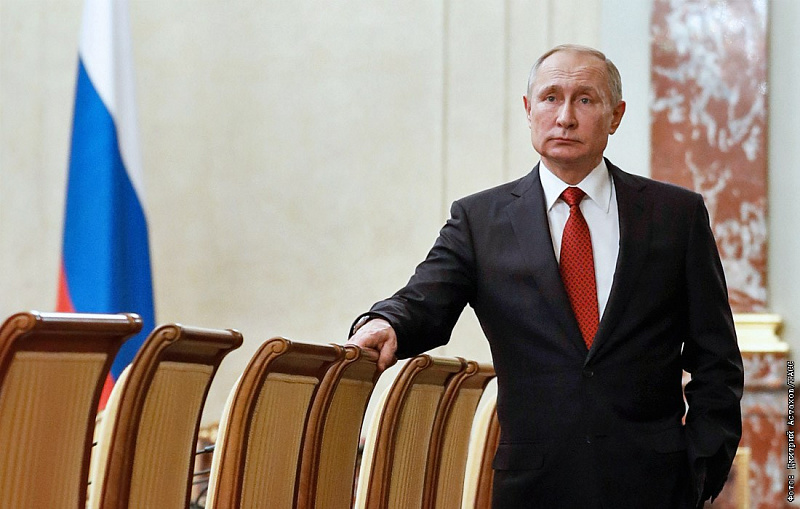 The president is laying the groundwork as he prepares for a transition in 2024 that analysts say will likely see him abandon the presidency but remain Russia’s dominant politician in a beefed-up role as Russia’s prime minister or in the government’s State Council instead. The 67-year-old has in effect ruled Russia since 2000, making him the longest-serving leader since Stalin, and what he plans to do in 2024 remains the most important political question in the country. In a televised speech before senior officials, Putin suggested amending Russia’s constitution to limit a future president to two terms in office – he has served four – tightening residency requirements for presidential candidates, and letting parliament choose candidates for prime minister and the cabinet, in effect weakening the presidency.

Domestic level: Putin, as the first Russian man known to many Russians as a "national hero", has been able to gain some satisfaction. During the years following the breakup of the independent states after the collapse of the Soviet Union, Russia was hit economically and culturally. In the same vein, anyone who could restore Soviet power was considered a hero in the country. So, after Yeltsin, Putin sought to establish political and economic stability in the country, seeking Russia's return to international power. In this way, Putin made every effort to bring the bankrupt country to the highest level of prosperity. Although it should be said that much of Russian society is dissatisfied with the current situation and living in poverty. To what extent Putin could advance Russia's economy during these 20 years of the presidency, he had to wait until the end of his presidency in year 2024. But it has to be said that Russia has made a lot of progress since the beginning of the year and has taken positive steps in technology and military equipment.

What can be said about the impact of government change on Putin's domestic politics is that he seeks to consolidate his power and accompany the new government to run the country without opposition. Because Putin is unlikely to step down after his presidency ends and is trying to maintain his policies well.

At the regional level: Russia has been involved on several fronts over the past few years. The tension with Georgia, with Ukraine over the Crimea, and more importantly, with the fight against ISIS terrorist groups in Syria. Putin is seeking multilateral foreign policy. Russia was the main winner of the Syrian war in the tension between Iran and the United States. Russia's presence in the Syrian crisis was an important step in the strategy of returning to the Soviet era and finally, he is looking to play as a balancer in the Middle East and elsewhere. Putin seeks Russian glory at the regional level and does not allow any country to come close to its sphere of influence. In all of his speeches, he has emphasized the principle of preserving national interests, though it must also be added to the preservation of personal power and interests.

One of the reasons for the change of government is that Putin seeks to change the Russian constitution in his favor, so that no group or individual opposes it in line with regional policies, as some believe Russia and Putin's personality it seeks to increase power to the detriment of Russia and the national interest of the people. It should be noted that during these five years, Putin was able to establish good relations with the leaders of the countries of the region, as well as to sign and operate many security-economic pacts and treaties.

At the international level: Putin's most important goal is to counter US unilateralism in political and economic spheres. To pursue this goal, Putin needs domestic support. But some members of the government and even Medvedev have good relations with the West, which could hinder Russia's efforts to confront the West. The change of government could indicate that Putin is seriously seeking to undermine US influence internationally, and that Mishustin's government is well-pursued. In this way, Putin has made good use of pressure tools such as tensions between Iran and the US, the powerful Israeli lobby and his regional friends. Finally, with any change in Russian government and constitution, Putin is the ultimate decision-maker in all matters of the country, and he appears to seek domestic and legal support to advance his regional and international policies.