Are Americans Destroying Themselves from Within, as Lincoln Feared?

Author: Jiri Valenta, distinguished Russologist, Jiri Valenta is a former consultant to the Reagan . & among the few CFR members to support Trump’s candidacy in his writing. Leni Friedman Valenta is CEO of the Institute of Post Communist Studies and Terrorism and an editor for the couple’s website jvlv.net.

EXECUTIVE SUMMARY: “America will never be destroyed from the outside. If we falter and lose our freedom, it will be because we destroyed ourselves,” wrote Abraham Lincoln. Americans must keep his wisdom in mind. The wheels of two – Trump’s and now Hillary’s – are deepening domestic conflicts, and calls for Trump’s impeachment grow. Where is the US headed? 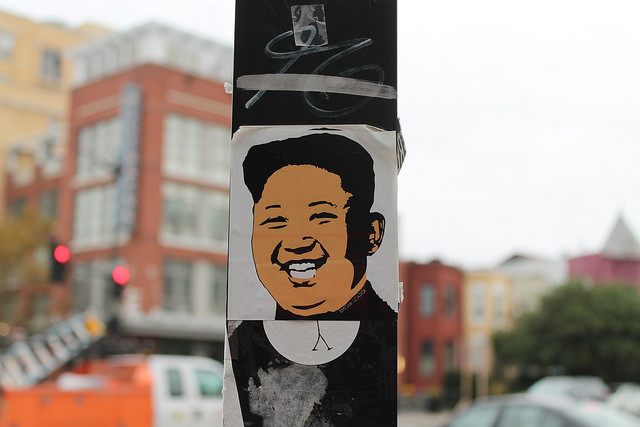 Among the accomplishments of Donald Trump’s just completed Far East tour was a joint statement on November 11 with Russian President Vladimir Putin on Syria. (Their planned Danang summit was , however. As advisor to the Russian foreign affairs Andrey Kortunov explained, “Putin is presently toxic for Trump;” i.e., any contact with him harms Trump at home.)

In the statement, the two leaders agreed:

“…there is no military solution to the conflict in Syria… the ultimate political solution… will include … free and fair elections under UN supervision.” They also resolved “…to maintain open military channels of communication between military professionals to help ensure the safety of both US and Russian forces …until the final defeat of ISIS is achieved.”

As Kortunov said, Syria was “a step in the right direction, but collaboration remains situational, not strategic.”

Trump’s foe, Hillary Clinton, and her advisor, former acting CIA Director Mike Morell, had a very different agenda for Syria. In August 2016, Morell advocated “killing Russians” and “mak[ing] Russians pay a price.” A hawkish supporter of US military interventions in Iraq, Libya, and Syria, Clinton publicly endorsed Morell’s advice. Trump, on the other hand, rather than threaten to fight the Russians, sought a limited partnership with them against ISIS. It is thus hardly surprising that Putin decided to support Trump in the 2016 election.

Clinton, the defeated candidate, has not accepted the election result and is leading the effort to try to undo it. Her reasoning, as she alleges in her new memoir, What Happened, is that Trump’s victory was the result of a “Russian plot.” To Morell, Trump’s election was “the political equivalent of 9/11.”

As Trump was preparing for his Far East tour, he was demonized by two former presidents with smear code words. “Bigotry,” declared George W. Bush on October 19, “…is blasphemy against the American creed…Russian interference in our election should never be tolerated.” Obama followed a day later: “We have folks who are deliberately trying to get folks angry, to demonize people with different ideas.” On November 7, the eve of Hillary Clinton’s defeat, a third president, her husband Bill Clinton, spoke of Trump’s comments about “fake news” as mirroring the “’dictators’ club’ of world leaders.”

All three presidents failed to cope with the North Korean threat, leaving Trump holding the much-kicked can. Unlike them, Trump is trying something new: coercive diplomacy. Along with Trump’s “fire and fury” rhetoric” has come the deployment of three US Navy aircraft carriers in the waters off North Korea, flights of the US and allied air force near North Korea’s borders, US army near the DMZ with their South Korean counterparts, and a tightening economic embargo.

This is something North Korean dictators have not experienced since their capture of the Pueblo US navy intelligence ship in 1968. Like Richard Nixon and Ronald Reagan, President Trump has thus come to be viewed by his adversary as an unbalanced, unpredictable hawk. Yet his coercive diplomacy has already had a sobering effect on “Rocket Man.” There have been neither nuclear explosions nor ballistic missiles over Japan since September 15.

Meanwhile, Kim Jong-un’s depiction of Trump as a deranged “dotard” has been effectively endorsed by Bob Corker, Chairman of the Senate Committee on Foreign Affairs, who called him “mentally unstable.” This, and calls to impeach the “warmonger,” have the North Koreans licking their lips.

Hillary and Vlad: From Love to Hate

Adding to the growing rift at home is an emerging new Russiagate – Hillary’s. Viewed by Putin in 2009 as the quarterback in the “reset” of US-Russo relations, he welcomed Bill and Hillary’s help in the purchase of vast uranium stakes in America’s west by his nuclear agency, Rosatom. From 2010-13, three purchases of stakes from Canadian mining company Uranium 1 were made by Rosatom with the consent of President Obama, Hillary Clinton, and the nine-member Committee on Foreign Investment in the US [CFIUS].

The sales gave Russia a controlling interest in over 20% of America’s uranium reserves. Thereafter, the Clinton Foundation received $145 million in donations from interested parties, as reported by Peter Schweizer, author of Clinton Cash. Bill also earned a $500,000 speaking fee for a single speech at a Kremlin-allied bank.

What is now being investigated is whether the sale of the uranium to Russia endangered US national security. New revelations indicate that the Obama administration approved the deal despite evidence obtained by the FBI allegedly linking the Clintons to collusion with Russia in a massive uranium racketeering scandal involving kickbacks and money laundering.

Then there is the unverified dossier of Trump’s purported activities with prostitutes while staying at the Moscow Ritz Carlton in 2013. The dossier was produced, with Hillary’s money, by British MI6 agent Christopher Steele from Russian sources. Steele was a subcontractor for a Washington company, Fusion GPC, that provided opposition research to both political parties. The dossier is said to have been passed to the FBI by Trump foe and Hillary Clinton’s close friend, Senator John McCain.

In 2013, while organizing the Miss Universe pageant in Moscow, Donald Trump developed an excellent relationship with the pageant’s host, Russian mogul Aris Agalarov. This is the same Agalarov whose family manager, Rob Goldstone, arranged the June 9, meeting between Donald Trump, Jr., Trump son-in-law Jared Kushner, and a lobbying group headed by Russian lawyer Natalia Vesselnitskaya. She is connected to Russia’s chief prosecutor and Putin’s confidant, Yury Chaika. Like Steele, she also worked with Fusion GPS.

Goldstone e-mailed Trump Jr.: “Emin [Agaralov’s son] just called … with something very interesting.” He had offered to provide “official documents and information that would incriminate Hillary.” Trump Jr. responded with interest and a meeting took place – a meeting about which political novice Trump Jr. should have informed the FBI. But he denies ever receiving any Hillary “dirt,” and there’s no evidence that he did.

It is true that President Trump doesn’t want to show his tax returns for 2008-13, and it is undeniable that he had some lucrative real estate dealings with Russian oligarchs during those years. We may yet learn more.

The summit prevented Trump from exploring with Putin a possible dual Russian-Chinese embargo of North Korea. However, Trump does at times display naiveté about foreign leaders, who might try to exploit his lack of experience. Now, with the help of his savvy generals, he has the time to bone up on Putin, the complex anti-communist, Machiavellian autocrat, who manages at the same time to be a friend of Israel, an ally of Iran, and an anti-ISIS partner with Trump. Trump must be careful with the “toxic“ Kremlin leader, whom Henry Kissinger has described as “a cold calculator of the Russian national interest.”

Trump has finally realized that Putin organized the hacking of DNC e-mails to find compromising material on Hillary Clinton. As Donna Brazile revealed in her book, Hacks, the democratic socialist Bernie Sanders (a sort of Menshevik) lost in the primaries to Clinton (referred to in Bill’s White House as a “Bolshevik”) through the devious machinations of her loyalists.

Trump’s reluctance to accept that it had been Putin who ordered the hacking derived from his mistrust of the leaders of the intelligence community, who were largely Obama loyalists hostile to him. He does trust his new CIA director, Mike Pompeo, who briefs him daily. Thus he finally acknowledged, “…I am with our agencies, especially as currently constituted with the leadership.”

Like Nixon in 1973-74, Trump returned from a successful trip abroad greatly concerned about the future of his presidency. Even Nixon during Watergate, however, was not so viciously and repeatedly attacked at home while he conducted diplomacy abroad.

Trump’s congressional foes continue to slow down crucial legislation and his new senior appointments to the government while railing that progress is not being made. If the Democrats become the majority party in Congress in 2018, they will control its agenda and might even prepare the president’s impeachment, as occurred in Washington in 1973-74.

Though we cannot predict the outcome of the ongoing power struggle, we worry about the continuing pattern in American politics in which the party out of power seeks primarily to sabotage and block the one that’s in.

In spite of Trump’s fumbles, political correctness deficit, and failure to combine his coercive diplomacy with a public one to expose the horrors of the North Korean communist gulag, his savvy foreign affairs strategy is working. He became the first American leader to be with an invitation to dine in Beijing’s Forbidden City. Like Nixon earlier, he is respected by some foreign leaders of both an authoritarian and a democratic bent.

Still, the crucial question persists. Can America overcome the perils of domestic division that Lincoln feared on the eve of the Civil War? At present there is a lack of bipartisanship in Congress, a media that too often conflates fact with speculation, a growth of extremist groups on both sides of the political spectrum, and increased killings of police.

Can the idiosyncratic yet patriotic president find some of Lincoln’s inner strength and skill to forge a national consensus at home? And can Americans, for the sake of the survival of the republic and the preservation of alliances with democratic partners in Europe, Asia, and Israel, stop hating each other? Or are they destined to destroy themselves from within, as Lincoln feared?