Russia–EU Relations and the Common Neighborhood. Coercion vs. Authority 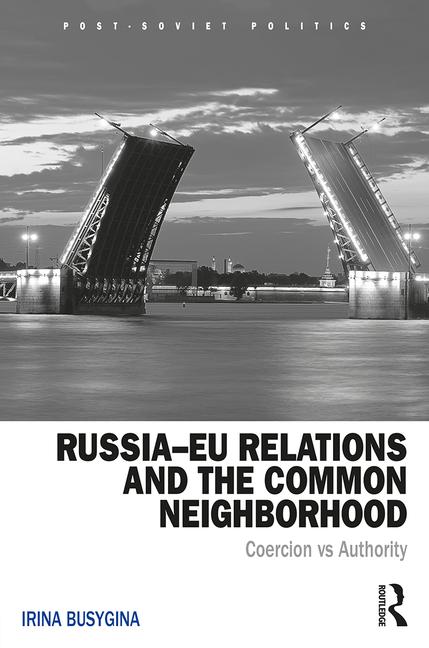 Examining Russia–EU relations in terms of the forms and types of power tools they use, this book argues that the deteriorating relations between Russia and the EU lie in the deep differences in their preferences for the international status quo. These different approaches, combined with economic interdependence and geographic proximity, means both parties experience significant difficulties in shaping strategy and formulating agendas with regards to each other.

The Russian leadership is well aware of the EU’s "authority orientation" but fails to reliably predict foreign policy at the EU level, whilst the EU realizes Russia’s "coercive orientation" in general, but cannot predict when and where coercive tools will be used next. Russia is gradually realizing the importance of authority, while the EU sees the necessity of coercion tools for coping with certain challenges. The learning process is ongoing but the basic distinction remains unchanged and so their approaches cannot be reconciled as long as both actors exist in their current form.

Using a theoretical framework and case studies including Belarus, Georgia and Ukraine, Busygina examines the possibilities and constraints that arise when the "power of authority" and the "power of coercion" interact with each other, and how this interaction affects third parties.

"This book by Irina Busygina offers a broad comparative analysis of controversial and less than consistent policies pursued by Moscow and Brussels towards the ‘grey zone’ between them. Using the contraposition of coercion and authority, the author offers compelling conclusions about the roots and the dynamics of the current Russia – EU crisis. A balanced, highly readable volume which should be a reference book for policymakers and scholars on both sides of the European divide." Andrey Kortunov, Director General of the Russian International Affairs Council (RIAC).

"Irina Busygina is one of the most thoughtful Russian experts on EU–Russia relations. In her new book, she takes up the challenging task of sorting out the once promising, but by now woefully broken relationship. Irina, however, is looking beyond the current alienation. She urges both sides to learn from their failure in order to build more viable ties going forward." Dmitri Trenin, Director of the Carnegie Moscow Center.

"In her new book, Irina Busygina offers an elegant, theoretically informed analysis of EU–Russia relations that is much needed for grasping the nature of the present confrontation. Looking at their interaction as well as their policies in the 'common neighbourhood' from the perspective of different forms of power, Busygina sheds light on both similarities and differences in their strategies. Her insights are sobering: while coercion can work in the short-term, the EU’s mode of existence is better suited to build more stable authority relations although this has proven to be complicated in the time of crisis." Tuomas Forsberg, Professor of International Politics at the University of Tampere, Finland.

Introduction: And Yet Another Book
1. Forms of Power in International Relations
2. State-Building in Russia and the Choice for Coercion in External Relations
3. Multilevel Arrangements in EU External Relations: Stimulating Authority, Constraining Coercion
4. Russia and the EU: From Failed Authority to Mutual Coercion
5. Russia and the EU: No Winners in the Common Neighborhood
6. Belarus: Strangulation in a Fraternal Embrace
7. Georgia: The Story of One Coercion and Two Authorities
8. Ukraine: The "Battlefield"
9. Turkey: Not-so-terrible Coercion, Not-so-needed Authority
Conclusion. Russia's "Coercive Attractiveness" and the EU's "Global Mission" in Maintaining Authority Relations