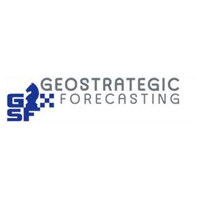 This blog will examine and analyze various issues regarding international relations, international economy, defense issues, counterintelligence and counterterrorism issues, and cyber security. It will try to give new ways of examination and analysis in an international arena full of great and convoluted challenges.

Vassilios Damiras is a U.S. counterterrorism, homeland security, and defense expert. He has extensively studied and worked on various U.S. National Security issues, Middle East, and Balkan politics and history. Dr. Damiras has a BA in Political Science and History from University of Findlay, and MA in Political Science with the focus on the areas of International Relations and Comparative Politics from Illinois State University. He has a MA in European and Middle Eastern History from Loyola University Chicago. Furthermore, he has a Ph.D. in European and Balkan History and International Relations at Loyola University Chicago.

In addition, he has graduated from the U.S. Combined Arms Center (CAC) at Fort Leavenworth, Kansas U.S.A. Also, he has graduated from the Federal Bureau of Investigation-FBI Citizens Academy Chicago, Illinois U.S.A. He is Founder/CEO of Geostrategic Forecasting Cooperation - GSFC and International Security Strategist of Rescue Trek. He is the Founder/Co-President/Co-Chair of the Geostrategic and Geopolitical Studies Institute. In addition, he is the Founder/President of the RESCUETREK Research Center. He is the founder and President of the Liberty Institute. Also, he is the Founder/President of Intelligence, Counterterrorism and Counterintelligence Research Center. He is member of various boards regarding international business, international affairs, counterintelligence and counterterrorism, and homeland security. Dr. Damiras is a polyglot and fluent in Greek, English, Spanish, French, Italian, Portuguese, Ancient Greek, and Latin. In addition, he has received various awards from Academic and Professional Institutions. He resides in Chicago, Illinois U.S.A.

Miss Chryssoula Katsikoudi is an international affairs expert with area of interest women’s rights in the Middle East. She has extensively studied and worked on various Middle East politics and history. Miss Katsikoudi has a BA in Political Science and History from Coastal Carolina University, and MA in Middle East and Mediterranean Studies with Distinction from King’s College London, University of London.

In addition, she is Director of Middle Eastern Affairs and Women’s Issues in the Middle East at Geostrategic Forecasting Cooperation - GSFC. She is the Chief of Staff of the CEO of Geostrategic Forecasting Cooperation - GSFC. She is the Co-President/Co-Chair of the Geostrategic and Geopolitical Studies Institute. She is member of various boards regarding international relations. In addition, Miss Katsikoudi is a polyglot and fluent in Greek, English, German, and Hungarian. She resides in Chicago, Illinois U.S.A.