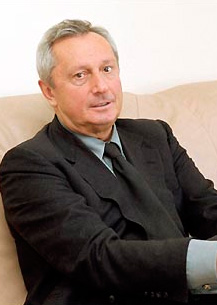 Graduated from the Faculty of Journalism of Lomonosov Moscow State University. Full member of the International Informatization Academy.

Worked at the Komsomolskaya Pravda daily; Deputy Director General of TASS Information Agency under the USSR Council of Ministers; Deputy Head of the International Department of the Central Committee of CPSU; Editor-in-Chief of Novoe Vremya weekly; head of the press service and assistant to President Mikhail Gorbachev.

President of the World Association of Russian Press.

Author of a number of books and scripts.

Laureate of the Lenin award and awards of the USSR Union of Journalists.