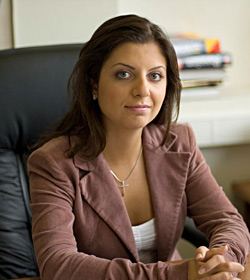 Since 2005, Editor-in-Chief of the Russia Today TV channel.

Laureate of the “Professional Courage” award of the Kuban Union of Journalists.