Russia in the Wake of the Cold War 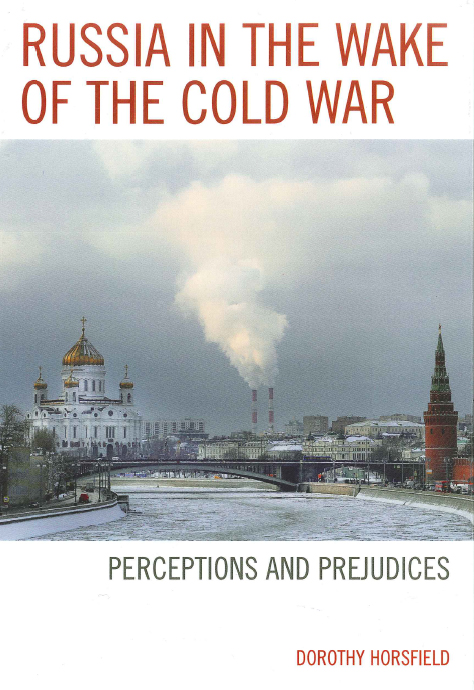 Amid widespread and increasing alarm in Western strategic and foreign policy circles following Russia’s capture of Crimea, support for rebels in Ukraine, and military intervention in Syria, this study provides a timely and sophisticated analysis of the nature and intentions of post-Soviet government under President Vladimir Putin. Based on both Russian and non-Russian sources, this book examines the enduring Cold War legacies underpinning Western perceptions of contemporary Russia. It analyzes the ways in which the West has interpreted and reacted to Russia’s domestic authoritarianism and foreign policy behavior and argues for diplomatic engagement based on liberal pluralism.

This is a broad-ranging and challenging analysis of the travails of liberal pluralism during the Cold War and after. It provides an original, stimulating, and idiosyncratic intellectual history of contemporary Russia and its interactions with Western intellectual traditions. Covering a wide cast of thinkers and issues, an interesting read is guaranteed.
— Richard Sakwa, University of Kent

This is an innovative, engaging, and sophisticated book. By examining the basis of what has been called ‘lazy Putin-bashing’ and the ill-informed adulation of today’s Russian leadership, it is also a timely one. With a cast of characters ranging from the liberal icon Isiah Berlin to Russia’s neoconservative strong man Aleksandr Dugin, the reader is both challenged and surprised. Dorothy Horsfield’s wide-ranging interdisciplinary consideration of the divisive claims and counterclaims of ‘new Cold War Warriors’ and ‘re-invented fellow travellers’ is sure to be controversial in the best tradition of incisive scholarship.
— Paul Pickering, Australian National University

In this wide-ranging, thought-provoking, and controversial analysis, Dorothy Horsfield examines the debates on the nature of Russia—not only among Westerners, but also among Russian intellectuals themselves from the nineteenth century to the present. Influenced primarily by the Cambridge school of political theory and Isaiah Berlin’s approach, Horsfield opts for an interdisciplinary ‘discursive strategy’ that ranges from historical narratives to biography and social theory and sets all writers in their social context, rather than for a narrow, overly structured research methodology. This yields a richer analysis and more interesting read than a rigidly systematized pseudo-scientific approach could ever do. This study succinctly and clearly reminds us that many of the largely accepted ‘truths’ about Putin and contemporary Russia need at least to be questioned.
— Leslie Holmes, University of Melbourne

The book by Dorothy Horsfield is a graphic illustration not only of the apparent pluralism of contemporary political thinking in Russia, but also of the deep historical roots that modern Russian intellectual paradigms have. The fight between liberalism and conservatism, between modernizers and traditionalists, between Europe and Eurasia as the preferred focus of Russia’s aspirations did not start yesterday and will not end tomorrow. One can only hope that these clashes of minds will take a more benign and mutually respectful form than we often see today in Russia.
— Andrey Kortunov, Russian International Affairs Council