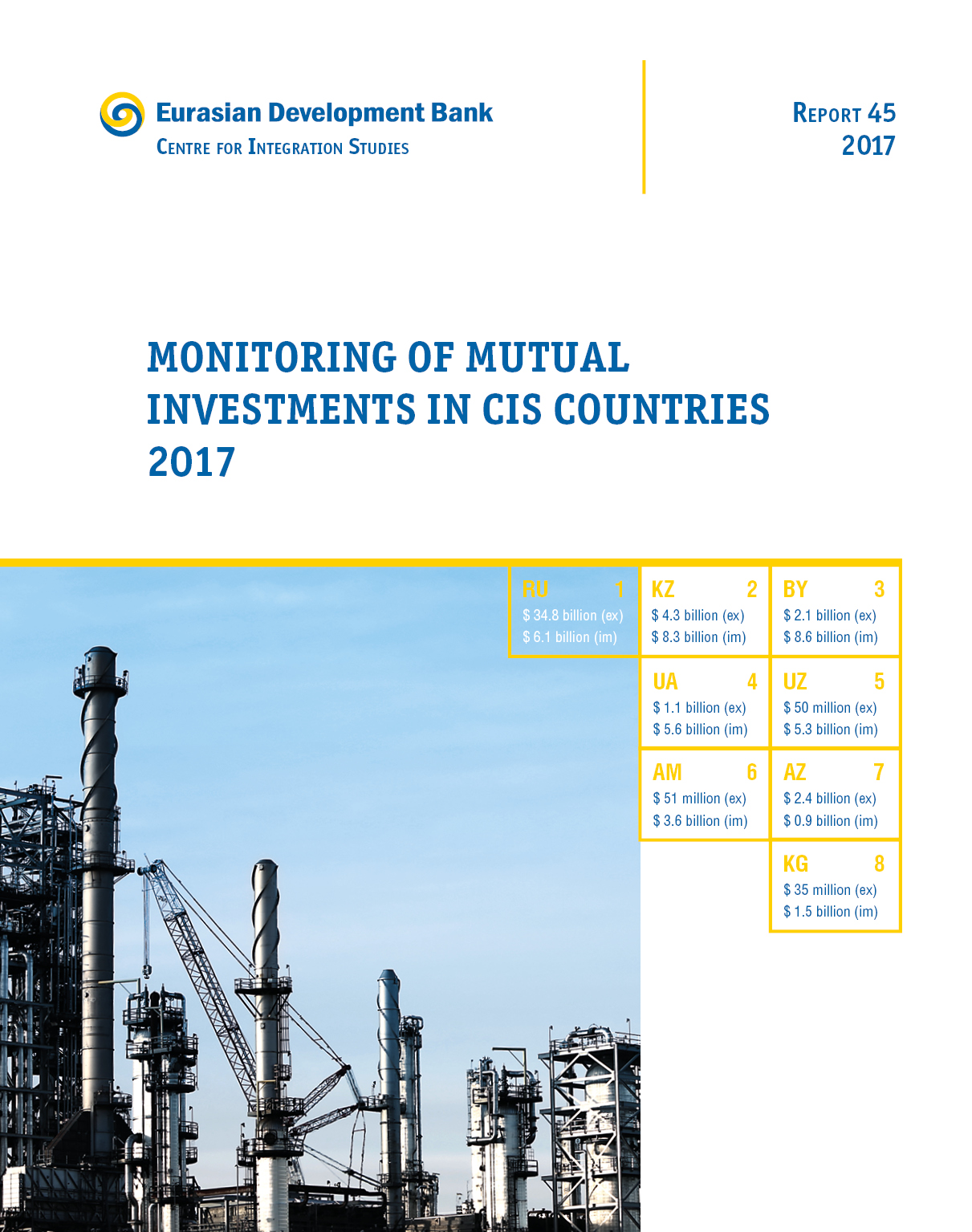 The largest capital exporters within the EAEU are Russian companies, which account for over 78% of FDI exports. Kazakhstan ranks the second (13.5%), Belarus comes the third (7.8%), while Armenia and Kyrgyzstan are significantly falling behind the largest EAEU economies.

There is a new development observed in the region – Russia does not only invest in other EAEU economies, but has also started receiving an increasing amount of investment from neighbouring countries, with the FDI stock from other EAEU countries reaching US $5 billion. However, Belarus and Kazakhstan remain the major FDI recipients, with their FDI stock standing at US $8.6 billion and US $8.2 billion respectively as at end-2016.

Where do Russia’s EAEU neighbours invest? The Russian Chemical sector ranks the first, accounting for 35.1% of the FDI inflows from the EAEU member states as at end-2016. The Russian Agriculture and Food Products sector comes the second (15.8%). FDI is also significant in Transportation (14.2%) and Tourism (14%).

Russian companies increased their FDI in all the EAEU economies. As at the start of 2017, Belarus was a leading recipient of Russian FDI (US $8.5 billion), followed by Kazakhstan (US $8.2 billion), Armenia (US $3.4 billion), and Kyrgyzstan (US $0.9 billion). Oil and Gas sector accounts for over half of Russian FDI in the EAEU economies. FDI in the Non-Ferrous Metals, Communication and IT, and Finance also figure prominently.

According to EDB Centre for Integration Studies analysts, future changes in mutual CIS FDI will be determined by investment activity within the Eurasian Economic Union. When mutual investments declined in 2013-2015, the rate of decline in the EAEU was considerably lower than in other post-Soviet states. When investments soared in 2016, the rate of growth in the EAEU was twice as high (16% vs. 8%).