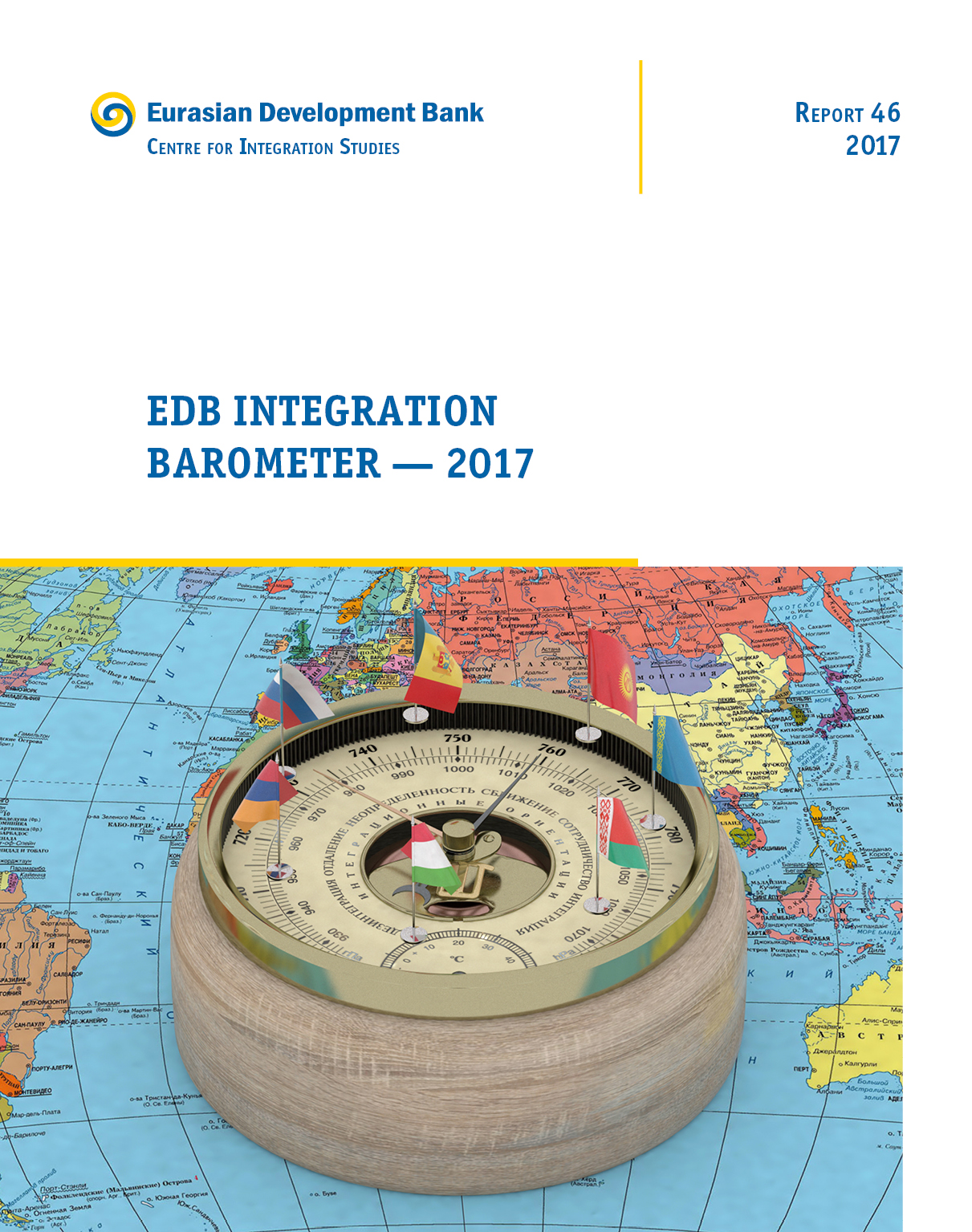 According to the report of a years-long research project “EDB Integration Barometer”, the Eurasian Economic Union continues to enjoy significant trust and support from between 50% and 83% of the population of its five member states, as well as Tajikistan (69%). At the same time, positive attitudes towards Eurasian integration have been declining gradually, both in the EAEU countries and beyond.

Over the EAEU’s first years, from 2015 to 2017, the most significant decline in public support for membership of the Union was recorded in Russia (from 78% to 68% of the population) and Armenia (from 56% to 46% in 2015-2016, with an increase to 50% in 2017). In other EAEU countries, public support for Eurasian integration reduced at a moderate pace: from 80% to 76% in Kazakhstan, and from 60% to 56% in Belarus. It should be mentioned that the highest support for Eurasian integration in these countries was recorded in 2014, with indicators averaging 10 percentage points higher than in 2017.

In the Kyrgyz Republic, the population has been demonstrating the most positive attitudes to the EAEU membership since 2015. The actual figures changed insignificantly, from 86% to 83% in 2016 and 2017 respectively. It shouldn’t be forgotten that in 2014 only 50% of the Kyrgyz population supported the country’s possible accession to the EAEU and 30% were against this possibility.

The research has shown that the population of Moldova is becoming disenchanted with the EAEU (from 53% to 48% of survey participants). Russian respondents demonstrate little interest with respect to foreign specialists working in the country and to scientific and technological cooperation with countries in the CIS region. There has also been a drop in the level of trust that they feel for China. Finally, EAEU member states, Tajikistan, and Moldova are characterised by phenomenal density of social ties and mutual trust to the neighbouring CIS countries.

These are some results of the “EDB Integration Barometer – 2017” project. The project included population surveys in five EAEU member states, Tajikistan and Moldova where at least 1,000 people were polled. The measurements of public mood have been conducted yearly since 2012 as a joint project by the EDB Centre for Integration Studies and International Research Agency “Eurasian Monitor”.

More information about the report, its summary, methodology, and results of the research can be found on the Eurasian Development Bank’s website at: “EDB Integration Barometer – 2017”.