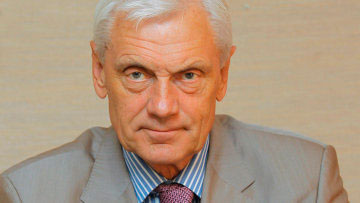 Worked as head of Main Directorate for Physical Education and Reserves at the USSR Sports Committee; First Deputy Chairman of the RSFSR State Committee on Physical Culture and Sports; councilor at the Russian General Consulate in Barcelona (Spain) during the Olympic Games.

In 1993 joined the RF MFA. Russian Ambassador to Poland; then Deputy Minister of Foreign Affairs of the Russian Federation; Minister for CIS affairs.

From 2000 till 2004, Special Presidential Representative in the Siberian Federal Region.

At one time, served as Deputy Chairman of the Management Committee of RAO United Energy Systems of Russia.