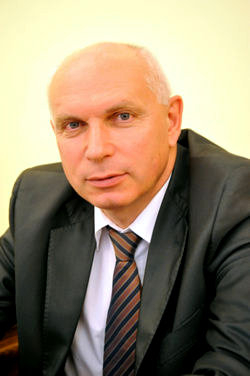 Vice Rector for Research of the MGIMO-University of the RF MFA.

From 1990 to 1993, he served as a member of the Parliament of the Russian Federation.

In 1991, he led the Russian observation team in Nagorny Karabakh.

In 1993, he served as Deputy Chairman of State Committee for Federal and National Affairs.

In 1994, Dr. Kozhokin was appointed Director of Russian Institute for Strategic Studies, holding the post for almost 15 years.

From 2009 to 2010, he worked as the Deputy Director of Federal Agency for the Commonwealth of Independent States, Compatriots Living Abroad and International Humanitarian Cooperation.

Dr. Kozhokin became Rector of Academy of Labor and Social Relations in 2010.

Dr. Kozhokin is the author of over 100 research papers, is a member of Russian and international scientific organizations, academic councils and editorial boards of scientific journals, and servers as the Deputy Chairman of the Russian Committee for Protection of Peace, an all-Russian NGO.