President Joe Biden said in his speech on 14 April 2021 that he is now “the fourth American president to preside over an American troop presence in Afghanistan.” He further noted, “I will not pass this responsibility to a fifth,” announcing that the troops’ withdrawal would start on May 1 and be completed by September 11. 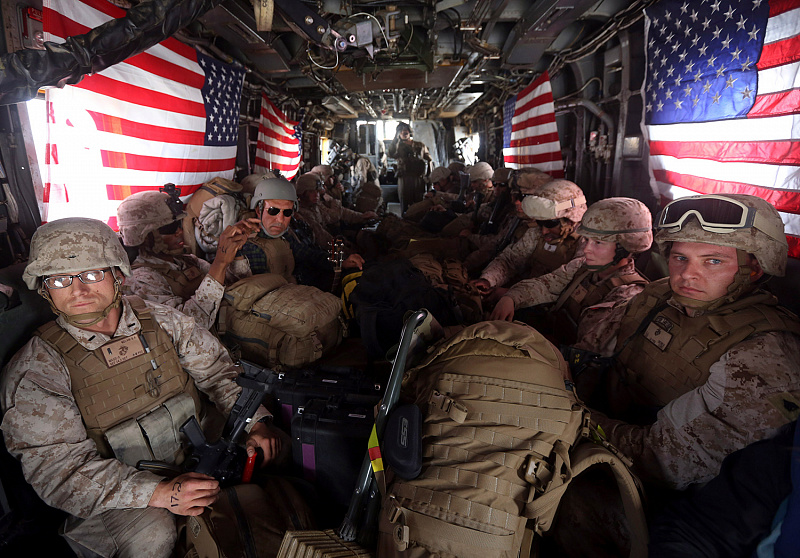 Last week, General Scott Miller, the commander of U.S. and NATO forces in Afganistan since 2018, said that foreign military bases would gradually be handed over to the Afghan forces. “Local action” has begun as part of the planned withdrawal of foreign troops from the country. “All of our forces are now preparing to retrograde. Officially, the notification day will be 1 May, but at the same time as we start taking local actions, we have already begun that,” he said.

The State Department is downsizing the U.S. embassy in Kabul, ordering some non-essential personnel to leave amid concerns about heightened violence as U.S. and NATO troops pull out of Afghanistan. The department “ordered the departure from U.S. Embassy Kabul of U.S. government employees whose functions can be performed elsewhere,” it noted in a travel advisory.

It is decided that American troops will leave Afghanistan, but the American interest will never end in Afghanistan. The fundamental importance of Afghanistan to the U.S. is its strategic location, from where the U.S. can monitor Iran, Pakistan, Central Asia (including Russia), and China. Even though the U.S. cannot sustain itself in Afghanistan, the country wants to keep its interest in Afghanistan in using the neighboring or nearest countries and by keeping military bases from where they could reach Afghanistan conveniently and quickly. For that, figher jts or powerful military drones could be employed to control the situation in Afghanistan during the evacuation period and beyond.

Afghanistan is a landlocked nation, bounded to the east and south by Pakistan, to the west by Iran, and to the north by the Central Asian states of Turkmenistan, Uzbekistan, and Tajikistan. The most suitable places for U.S. military bases can be one of the neighboring countries. Of course, the possibility of having bases in Iran is out of question. The Central Asian states are another option, and the U.S. was keeping good relations with the C5 nations in the early days. But since the last decade, the Russian revival has been witnessed, and the five -stans are more inclined to Russia and membership in the Russia- and China-led Shanghai Cooperation Organization (SCO), so the possibility of having military bases in any one of the C5 is also modest.

Pakistan, a long-term ally of the U.S., has experienced betrayal every time whenever the U.S. needed Pakistan—upon becoming a friend and achieving its strategic goals, they turned a cold shoulder and imposed sanctions on Pakistan, such as the Pressler Amendment, Karry Logar Bill, etc. However, since 2005, the U.S. took policy decisions and shifted its focus toward India, a traditional rival of Pakistan. Pakistan has no objection if the U.S.-India relations grow healthy. But the problem starts when American support is used against Pakistan by India. Although the U.S. extends military and economic assistance to India to counter China, India used all American support against Pakistan. It was witnessed in an unpleasant incident in February 2019. The U.S. has completely written Pakistan off. Its allies in Europe are also keeping their distance from Pakistan. International organizations under the sway of American influence are treating Pakistan as a step relationship.

Pakistan experiences a bitter lesson from being an American friend. A quote by Henry Kissinger that “it may be dangerous to be America’s enemy, but to be America’s friend is fatal.” People of Pakistan got to learn this quote very well and may not be willing to trust America any longer. The public opinion in Pakistan is not to grant any military bases to America.

Prime Minister Imran Khan of Pakistan has repeatedly noted that Pakistan loves peace and promotes peace, and the nation will not be part of any war but will play a proactive role in bringing peace. Pakistan believes in resolving all disputes and differences amicably and opposes military solutions to any dispute in the world.

The U.S. has signed a series of defense agreements with India to become the “major defense partner”, now being able to use Indian military bases. But India has no common border with Afghanistan, and the U.S. operations need to pass through Pakistan’s air space. Moreover, the presence of American troops in India is a direct threat to China and may not be welcomed by Russia too.

The options left for America is to use military bases from the oil-rich Gulf states is also not quite optimal, as it has to pass through the air space of the neighboring nations. Keeping military bases in any friendly country far away from Afghanistan will create logistic issues and may not be so effective.

The regional nations are in close cooperation, either through the SCO platform or BRI; Russia and China lead both. The American interests in Afghanistan have to be compromised and let the people of Afghanistan decide their future. Afghanistan is a country which has existed for centuries and has never accepted foreign rulers in their history. Americans should learn a lesson from history and forget Afghanistan.

A safe and honorable withdrawal is guaranteed, as there was no direct attack from the Taliban on the American troops since the Doha peace agreement was signed in February 2020. Americans should give up their unnecessary support for the current government of Ashraf Ghani in Kabul and focus on their withdrawal only. The government of Ashraf Ghani or Hamid Karzai were not legitimate and only American puppets, having no roots or rit in the Afghan society. It is the Taliban who controls 70% of Afghanistan and the real pillars of power in Afganistan. The regional countries should cooperate with the Taliban and work closely for sustainable, permanent peace and stability. Both are essential for regional development.

It is desired that the international community think sincerely and understand the ground realities. The U.N. and the big powers may play an instrumental role in restoring Afghanistan. Russia and China may be a guarantor for any peace deal. The U.S. and India may not see any role in the future political setup in Afghanistan. Pakistan will continue to contribute its due role for permanent and sustainable Afghanistan.