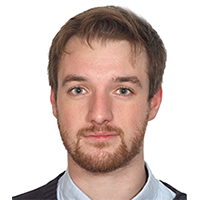 James Rawlings is a citizen of Sweden, the United States, and United Kingdom currently studying at the Moscow State Institute of International Relations in the Politics and Economics in Eurasia programme. He is a political science graduate of the University of Illinois at Urbana Champaign, with emphasis on security, economics, and US politics.
His particular field of interest is security in the Baltic region, following the development of the region and its transformation from being an area of low geopolitical tension, to one of the most dynamic focal points in the interaction between Russia and the West. He also has a deep interest in both Russian and US politics and foreign policy, especially US-Russia relations.
This blog will deal with a wide range of issues, but will primarily concentrate on issues pertaining to the Baltic region, broader challenges between Russia and the West, as well as relations between the United States and Russia.
"