Why is Canada so special to Russian Foreign and Security Policy?

As vast northern countries, Canada and Russia are sharing some interests when it comes to cooperative policies in the Arctic. Nonetheless, Ottawa and Moscow are facing each other as the North Pole is the shortest way to send aircrafts and bombers to target both US and Russian territories. The respective military capabilities are, however, peculiar because Russia is one of the most important nuclear power in the world when Canada is exclusively relying on NATO and the US army to ensure its safety in case of a Russian attack. 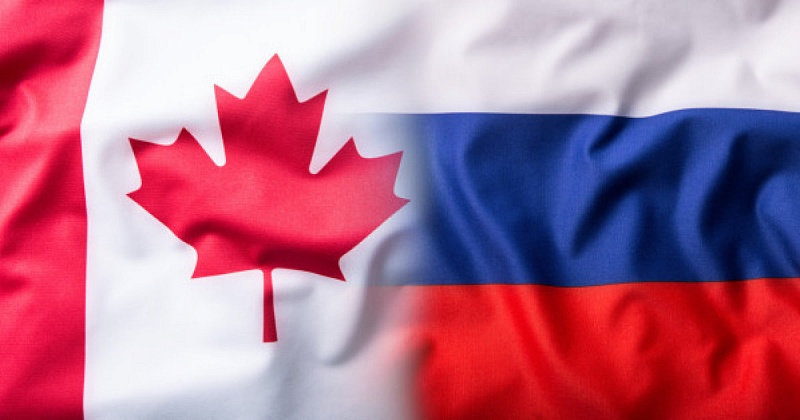 If Russian people have a positive opinion regarding Canada and Quebec - usually represented to be two distinct territories - the Canadian citizens are far from sharing this opinion with 59% of them having an unfavourable view regarding the Russian Federation. The situation is even worse since the 2014 Crimean Crisis when the number of Russian aircrafts trying to penetrate the Canadian airspace increased as underlined in the Laval University report conducted on the topic at that time.

The issue related to Russian aircrafts tells a lot about the debate in Ottawa regarding the $50 billions budget to renew the fleet of McDonnell Douglas CF-18 Hornet. The Russian Ministry of Defence recently developed a fifth-generation fighter jet, the Soukhoï Su-57, making it relevant for Canada to acquire similar technology (F-22 or F-35) at a rather expensive price to ensure Canada’s safety. In that sense, the Canadian Royal Air Force choice to go for a fifth-generation fighter jet instead of a fourth-generation aircraft (eg. Saab Gripen, Eurofighter, new version of the F-18, Rafale) is rather symbolic as it would point out Russia to be the major threat to Canada’s national safety.

From a diplomatic perspective, Ottawa has strongly condemned the Kremlin’s actions in the Black Sea region (Ukraine, Moldova, Georgia) and the Canadian Ministry of Foreign Affairs is paying attention to Russian diplomacy and support towards regionalism and separatism. The Canadian diplomats are worried due to the specific relationship and remaining tensions between the Quebec province and the English speaking part of Canada. This aspect must be taken into account and explains the cautious Canadian approach when it comes to referendum in Scotland, Catalonia, and para-states states in the post-Soviet space (eg. Transnistria).

Looking at Russian and Canadian foreign policies we can, however, see similarities and even a share identity. In that context, the native Canadians as much as the indigenous people of Siberia are one aspect we tend to forget in most analysis but they are underlining the share History between Russia and Canada. The indigenous peoples are genetically related and culturally close to each other when it comes to traditions and religion.

The similarities between the two northern countries continues as they are respectively the latest and second largest territories in terms of area - respectively 17,075,400 km2 for Russia and for 9,984,670 km2 Canada - with a low population density - 8.3 inhabitants /km2 and 3.41 inhabitants/km2 - and have almost identical nominal GDP - $1.53 trillion VS $1.65 trillion, - weather conditions, and vaste ressources available when it comes to hydrocarbures. Such cultural and geographic similarities can partially explain the ambitious diplomatic relations between Ottawa and Moscow after the Second World War until nowadays, opposed because of their respective military alliances (NATO vs CSTO) but sharing similar lifestyles and interests for winter sport and global warming perceived to be a threat and an economic opportunity in the Arctic.

Besides a shared “winder” identity, Canada is far behind Russia when it comes to annual military expenditures with $14.4 billion compared to $87.8 billion for Russia. Nonetheless, Canada’s direct threat is Russia as it share one large border with the United States and one with Russia when Russia has to face multiple threats going from separatism in the North Caucasus, terrorism in Central Asia, and must secure its borders with China and in the Pacific. As a consequence, Moscow’s military power is divided and the troops in charge of securing the Northern part of the country are trying to reach an equilibrium with Canada’s Armed Forces.

We should also keep in mind Canada’s special place in Russian military doctrine because it is the main opponent in the Arctic (US having the Alaska). In consequence, Russian military experts are observing Canada’s military technology and modernization to update their own equipments. For example, if the Canadian Air Force decides to buy some F-35, the Russian will need to upgrade all radar systems and ensure Siberia’s safety with new aircrafts able to respond to the new threat. As a consequence, if Russia is a direct threat to Canada, the Russian are thinking the exact same way and Moscow is aware an US or Canadian attack will come from the Arctic and not from the European flank.

Another aspect should be mentioned with the ambiguity regarding Canada’s unity in the future. Ottawa’s bilateral relationship with Russia is quite simple, which is not the case on the Russian with a trilateral relationship including both Canada and Quebec as distinct territories, at least unofficially.

An independent Quebec could change the whole dynamic in North America and NATO itself. It could give the Kremlin another opponent of a potential ally in North America, that’s why Moscow is not pushing for more autonomy but keeping in mind this might be one of the largest geopolitical change in North America. The special status of Quebec due to its language (French) and History explains why the USSR's KGB established contact with Canadian terrorist group Front de libération du Québec (FLQ) according to the Mitrokhin archive.

To sum up the context, Canada is one of the main country to Russia’s Foreign and Security Policy as the Arctic is the shortest way to bombers and military aircrafts in order to reach the Russian territory. It explains why the Kremlin is so interested in the Canadian Armed Forces because it needs to upgrade expensive military equipments to ensure safety in Siberia and in the Arctic. Moreover, Canadian Armed Forces are of major interest to the Russian Ministry of Defence as they will be the first resistance if the Russian are trying to invade or more plausibly send some missiles and bombers to reach the United States (except Alaska).

The situation is quite similar in Canada with Moscow being a direct threat to national safety for the reasons mentioned above. Nonetheless, the two countries are sharing important similarities and even the same indigenous people who have no interest in fighting each others. Moreover, Canada is not a nuclear power and will be the first country to suffer of an open conflict between the US and Russia, becoming a buffer zone between two major powers.

Both countries are looking at each others with Canada trying to keep positive diplomatic and military relationships with its northern neighbour, when Russia is observing with attention what is happening in the Quebec parliament and debate about the future of Federalism in Canada. In that context, it would be interesting to have more studies on Quebec - Russia relationship as it might have unexpected consequences on NATO’s future and Arctic safety.