Print
Some Beltway based experts on South Asia have either got their maths wrong or they are politically motivated in their fissile material stocks assessments about India and Pakistan. Their guesstimates portray Pakistan sporting the fastest growing nuclear arsenal in the world whereas even a layman view over the developments in the triad of means being developed by India shows that the country should develop large stockpiles to satiate its big power ambition. My three other colleagues proved last year that India has the largest unsafeguarded nuclear program in the world. Even our modest estimates show that Indian nuclear enterprise has produced potentially the third largest stockpile of fissile materials in the world for its fast growing naval, air and ground nuclear forces. Recently, particular Western experts have made valiant attempts to defend the thesis that they have built over the years. In this short article I present these arguments to dispel the misperceptions for the interest of general public. 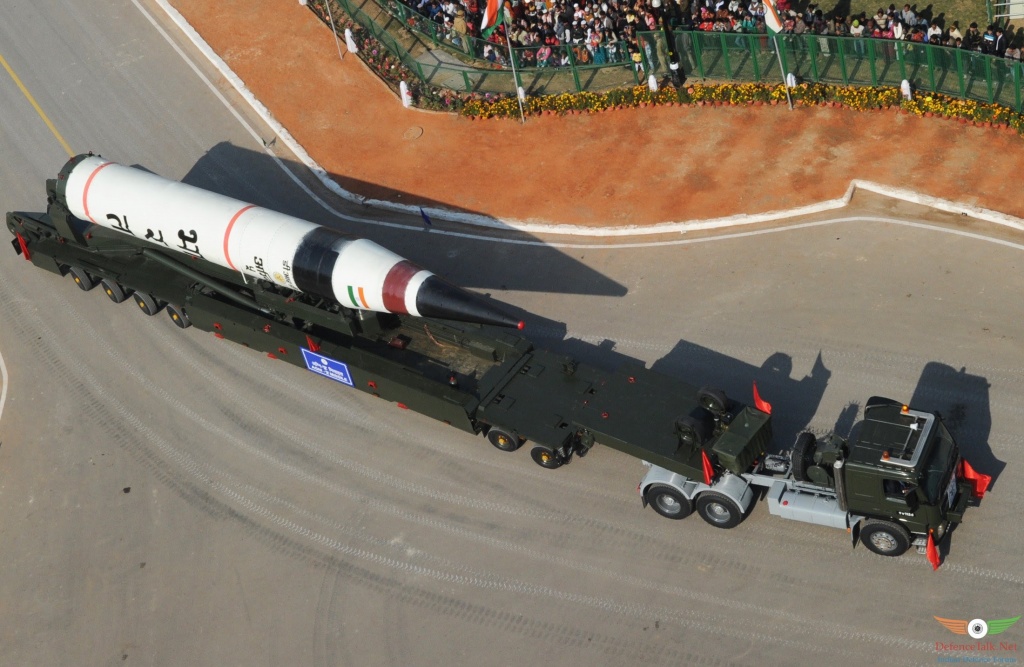 Photo by defencetalk.netPabeliña and Villaruel of Center for International Relations and Strategic Studies of the Foreign Service Institute argue that Pakistan possesses about 130 to 140 nuclear weapons. Their proposition is drawn from the estimates of the Bulletin of Atomic Scientists and Stockholm International Peace Research Institute . Likewise, International Panel for Fissile Material believes that Islamabad is believed to have 3.0 tonnes of weapon-grade uranium and a small stockpile of weapon-grade plutonium. Interestingly, none of these ‘esteemed‘ institutions offers their formula to arrive at these fantastic conclusions. Conversely, in the small book titled Indian Unsafeguarded Nuclear Program we have offered the methodology for our assessment that a particular expert recently tried to dispel without challenging our methodology. Generally, most of the Western estimates are prepared by using statistical methods that involve the operational dates of the enrichment facilities and plutonium production reactors in Pakistan. Most of the politically motivated Indian appeasers estimate that New Delhi merely has 100 to 120 nuclear weapons worth of fissile material - nothing could be farther from the truth. Harvard University based Dr Mansoor Ahmad has recently dispelled this misperceptions and is of the view that India has enough fissile material to produce around 2600 nuclear weapons. Mansoor’s concludes that India has 3.2 tonnes of HEU, which can be quickly upgraded to weapon-grade level. Likewise, the country has 13.5 to 18.4 tonnes of reactor-grade plutonium and it can be used in making plutonium based bombs. IPFM holds that India has 0.59 tonnes of weapon-grade plutonium because of the country has eight nuclear reactors outside international safeguards. Ahmad believes that India has the capacity to use reactor grade plutonium in its weapon designs. India has five operational uranium enrichment facilities, eight unsafeguarded nuclear reactors and one operational plutonium production reactor. Simple mathematics shows that India can add more nuclear weapons to its existing stockpiles. Indian reactor-grade plutonium stockpiles are growing at a rate that only the U.S or Russia could match.. India is building a nuclear city in Karnataka to double its existing uranium enrichment capacity by the end of 2017. A large enrichment centrifuge complex near Chitradurga, Karnataka would certainly make a difference in enrichment capacities compared to Pakistan. Western statistical modelling of nuclear weapons estimates of India and Pakistan does not suggest a fair play. The so-called statistical modelling of nuclear weapon estimates seems to downplay India’s nuclear weapon capacity and attempted to exaggerate that of Pakistan. The myth of fastest growing nuclear program seems to mock the reality. In fact, it is a dangerous exaggeration. Numbers do matter, but overstated number in nuclear realm is appalling. Ahmad Khan is a visiting fellow at Institute of Strategic Studies Islamabad (ISSI) and co-author of the book Indian Unsafeguarded Nuclear Program: An Assessment.
Share this article