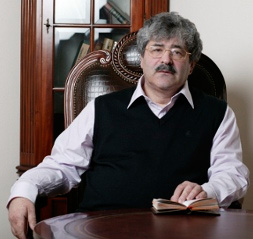 Editor-in-Chief of the International Affairs journal.

Graduated from the Faculty of Journalism of the Lomonosov Moscow State University (MSU).

Since 2009, Editor-in-Chief of the International Affairs journal — freelance counselor to the Russian Federation Minister of Foreign Affairs.

Author of several documentaries on history and history of culture. Author of the multi-media project “All Russia. Encyclopedia from A to Z”.

Author of publications in Russian and foreign press on foreign policy and mass media.