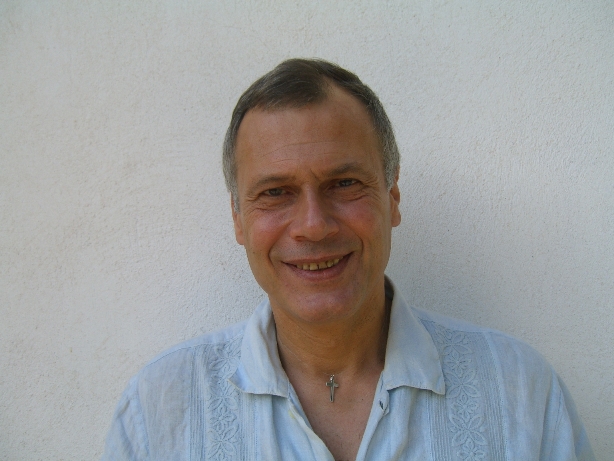 Share
Brief Curriculum Vitae: William Mallinson   William Mallinson, Professor of Political Ideas and Institutions at Guglielmo Marconi University, a member of the editorial committee of the Journal of Balkan and Near Eastern Studies, and a member of Cambridge Scholars Publishing’s Editorial Advisory Group (history), is a former Member of Her Majesty’s Diplomatic Service who left to study for, and was awarded, his Ph.D. at the London School of Economics and Political Science’s Department of International History. He covered Dutch foreign policy, Dutch-German relations and German rearmament during the initial period of the building of European institutions and NATO, and the formative years of the Cold War. Following a period in business as European Public Affairs Manager at ITT’s European Headquarters in Brussels, and then Digital Equipment Corporation’s in Geneva, he turned his attention to the academic world, playing a pivotal role in introducing Britain’s first Honours degree in Public Relations. He was a CAM Examiner, and then Lecturer in British history, literature and culture at the Ionian University. Since 1994, when he was awarded a Greek Government scholarship, he has been perusing British Foreign Office, Ministry of Defence, Prime Minister’s Office and Cabinet archives, under the general rubric of Anglo-Greek relations during the Cold War, including Cyprus. He has also published several articles in the press, has been interviewed by the BBC World, Russia Today and Russia Channel One, and spoken at numerous conferences, in Moscow, London, Zurich, Athens, Rome and Cyprus. He has undertaken corporate consultancy projects, and is an occasional lecturer at the Greek National Defence School, particularly on Britain and Russia/USSR. He speaks, reads and writes French, German, Italian, and Dutch, and has a working knowledge of Greek. His books are:     Public Lies and Private Truths, Cassell, London and New York, 1996, and Leader Books, Athens, 2000.   Portrait of an Ambassador, Attica Tradition Educational Foundation, Athens, 1998.   Cyprus: A Modern History, I.B. Tauris, London and New York, 2005, updated in 2009, 2010 and 2012 as a paperback. Also published in Greek in 2005 by Papazissis, Athens.   From Neutrality to Commitment: Dutch Foreign Policy, NATO and European Integration, I.B. Tauris, London and New York, 2010.   Partition through Foreign Aggression, University of Minnesota, 2010.   Cyprus, Diplomatic History and the Clash of Theory in International Relations, I.B. Tauris, London and New York, 2010. Also published in Greek by Estia, 2010.   Britain and Cyprus: Key Themes and Documents since World War Two, I.B. Tauris, London and New York, 2011.     The Same Things Return with Different Colours, Aracne Editrice, Rome, 2013.   The FCO, Hegemonolingualism, and the End of Britain’s Freedom, Cambridge Scholars Publishing, Newcastle upon Tyne, 2014 and 2016 (paperback).   The Threat of Geopolitics to International Relations: Obsession with the Heartland, Cambridge Scholars Publishing, Newcastle upon Tyne, 2016. Co-author Zoran Ristic.     Thrice a Stranger: Penelope’s Eastern Mediterranean Odyssey, Cambridge Scholars Publishing, Newcastle upon Tyne, 2016. Also published in Greek by Epikentro, 2017.   Kissinger and the Invasion of Cyprus: Diplomacy in the Eastern Mediterranean, Cambridge Scholars Publishing, Newcastle upon Tyne, 2016. To be published in Greek in 2018 by Papazissis.   Images in Words: only History Exists, Cambridge Scholars Publishing, Newcastle upon Tyne, 2018.       He has numerous articles and reviews in academic refereed journals. of which some recent ones are:    ‘US Interests, British Acquiescence and the Invasion of Cyprus’, The British Journal of Politics and International Relations, vol.9, no. 3, August 2007.   ‘Britain, Cyprus, Turkey, the USA and Greece in 1977: Critical Submission or Submissive Criticism?’, Journal of Contemporary History, vol. 44, no. 4, October 2009.   ‘Spies, Jolly Hockeysticks and Imperialism in Cyprus’, Journal of Balkan and Near Eastern Studies, vol. 13, issue 2, June 2011.     ‘Foreign Policy Issues of a Part-Occupied EU State’, The Cyprus Review, vol.23, no.1, Spring 2011.   ‘Reviewing the Continuing Cyprus Conundrum’, Journal of Balkan and Near Eastern Studies, vol.14, issue 4, December 2012.

‘The Same Things Return with Different Colours’ (review article), Journal of Balkan and Near Eastern Studies, vol. 17, no. 2, June 2015.

‘Greece, Cyprus and the Eastern Mediterranean: Russia’s and the Anglo-Saxons’ Piggies-in-the Middle: Then is Now’, ΕΠΕΤΙΡΙΔΑ, XXXVII, Journal of the Centre for Scientific Research, Nicosia, 2015.

Review of A Pacifist’s Life and Death: Grigorios Lambrakis and Greece in the long Shadow of Civil War, by Evi Gotzaridis, Cambridge Scholars Publishing, Newcastle upon Tyne, 2016, in Journal of Balkan and Near Eastern Studies, vol. 20, issue 6, December 2018.

‘Greece and Cyprus as Geopolitical Fodder, and the

Russian Connexion’, Journal of Balkan and Near Eastern Studies, 9 March 2020.

Review article: The Complete Maisky Diaries: Volume 1: The Rise of Hitler and the Gathering Clouds of War 1932–1938; Volume 2: The Ribbentrop-Molotov Pact and the Battle of Britain 1939–1940; Volume 3: The German Invasion of Russia and the Forging of the Grand Alliance 1941–1943, edited by Gabriel Gorodetsky, New Haven and London, Yale University Press, Journal of Balkan and Near Eastern Studies, 29 March 2020.

‘Then Is Now, but the Colours are New: Greece, Cyprus and the Evolving Power Game between the West, Russia and Turkey in the Eastern Mediterranean’, Journal of Balkan and Near Eastern Studies, 1 April.  Co-authors: Pavel Kanevskiy & Aris Petasis, 1 April 2020.