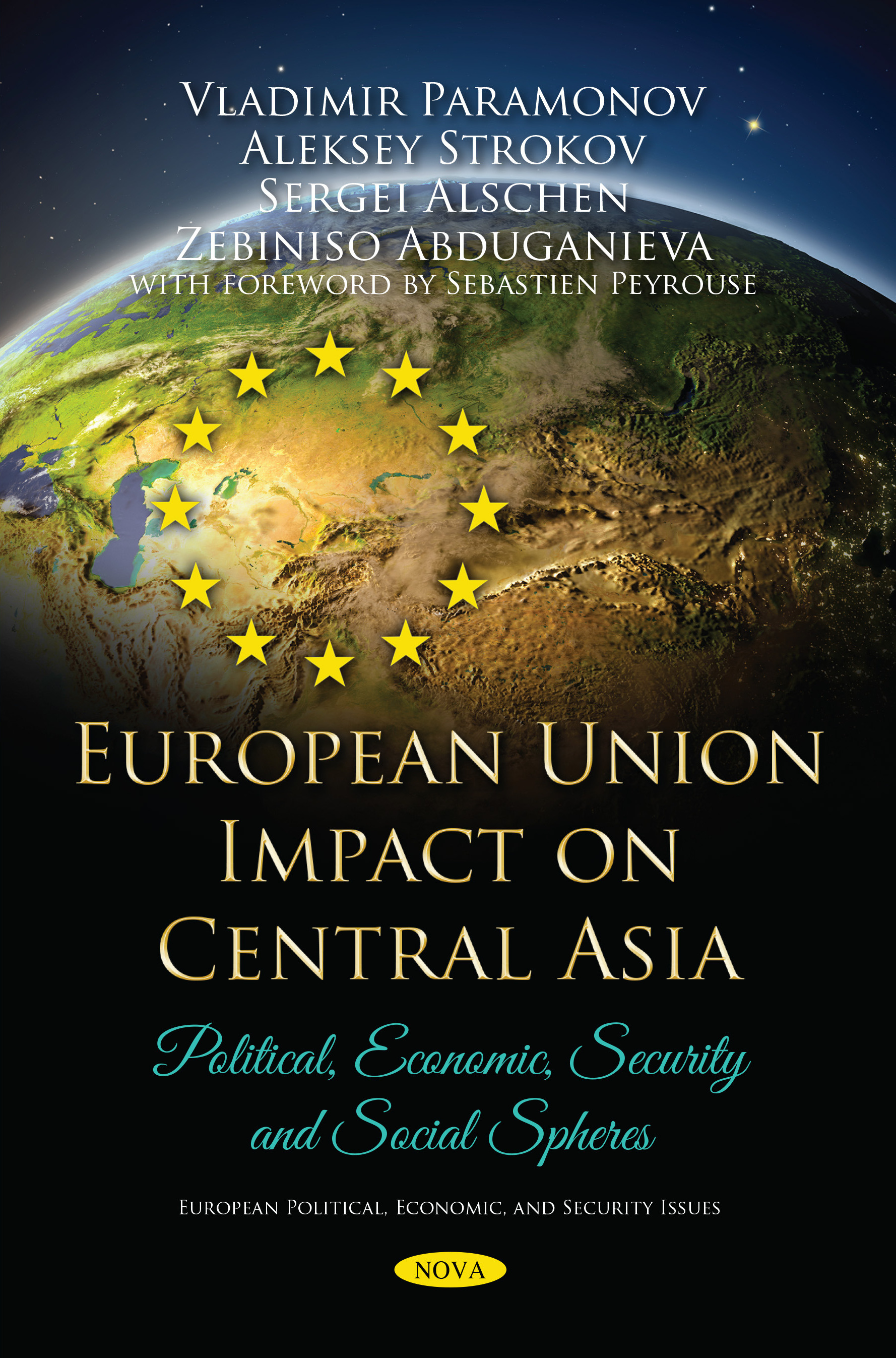 The European Union has been active in Central Asia since the collapse of the Soviet Union in 1991. The impact of its activities have varied across the five independent Central Asian states: - The political impact of the EU's policies has been the most evident in Kyrgyzstan and to a slightly lesser extent, in Kazakhstan; on the other hand, Tajikistan, Uzbekistan, and Turkmenistan have experienced much less of an impact thus far; - The EU's economic impact has been the strongest in Kazakhstan and to some degree in Kyrgyzstan and Turkmenistan, while in Tajikistan and Uzbekistan it has been much weaker; - In the security sphere, the EU's impact has been the mostly pronounced in Tajikistan and Kyrgyzstan, to a lesser extent in Kazakhstan, minor in Uzbekistan, and virtually non-existent in Turkmenistan; - The EU's social policy has had the clearest impact in Kazakhstan, to a lesser extent in Kyrgyzstan, negligible in both Tajikistan and Uzbekistan, and is practically unnoticeable in Turkmenistan. If the overall impact of the European Union on the countries of Central Asia in some areas was significant, today that impact is rather weak (especially in comparison to Russia and China). As a result, factors contributing to the weakening of the EU's impact on Central Asia clearly outweigh factors that contribute to a strengthening of the impact in the region. Moreover, from the perspective of contemporary realities, it is accurate to state that "time in Central Asia is working against Europe." If in the early 1990s Europe represented a type of "ideal partner" for the countries of Central Asia that chose to develop as "European style" secular states, hopes of receiving strong support from Europe (and the West in general) have essentially collapsed. (Nova)

Link to the publication