Print
Most of the Arab World is ruled by Kings and dictators, especialy the oil-rich Gulf states, who depend on U.S. support to sustain their rule. 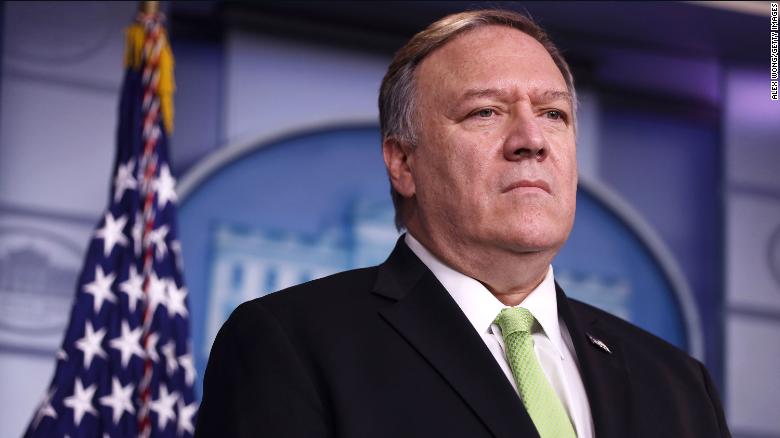 U.S. Secretary of State Mike Pompeo is on a four-nation (Israel, Bahrain, the United Arab Emirates, and Sudan) trip in the Middle-East. The tour comes at a very critical moment and carries multiple objectives. On the surface, it is to convince the Arab World to recognize Israel. Another mission is to create alliances and support for the U.S. against Russia and China. The third and maybe more important is that the tour is part of Presidential-Campaign of Donald Trump for re-electing in the November elections.

The Zionist struggle of the late 19th century led to the Balfour Declaration in 1917, by which Britain assured an ultimate separate state only for Jews in Palestine. When that former Ottoman province became a British mandate under the League of Nations in 1922, it contained about 700 000 people, of whom 58 000 were Jews, approximately 11%.

Bulk relocation happened during the period of 1920s, 1930s, and 1940s. Well-off Jews began to buy property in Palestine. If some patriotic Arabs refused to sell their property, they faced severe consequences. The militias of the Haganah and Irgun killed 5 032 Arabs and wounded 14 760, consequentially over ten percent of the adult male Palestinian Arab population was killed, wounded, imprisoned, or exiled. By the end of World War II, the Jewish population in Palestine had increased to 33% of the total population.

The U.N. General assembly backed by the U.S. and U.K. approved the state of Israel limited to 5 500 Square Kilometers in 1947. Nonetheless, that land grew beyond the afore-mentioned approved limit by 1948. This created tension between Arabs and Israelis, leading to the Arab-Israel War in 1967 and the seizing of land from Arabs.

The core reason for unrest in the Middle-East was the creation of the state of Israel in the heart of the Muslim World. There are an estimated 8 million Jews all over the world, out of which 6 million are settled in the state of Israel, mostly having migrated from Eastern Europe, Africa, Russia, and other parts of the world. The settlers were not sons of the soil or indigenous locals people, and the expansion of the State of Israel has exacerbated the conflict. Millions of Palestinians have lost their home.

The world has a principled stance on the state of Israel that it should be limited to the originally approved areas of 5 500 Square Kilometers and return all land illegally occupied in 1948 and 1967. Furthermore, the State of Israel promises and ensures that it will not seek to gain control over any Arab land in the future. This principle-stance is in line with the UN Charter, OIC, and Arab-League decision. Most nations, including Russia and China, share similar views. But it is only the U.S. who blindly support all irrational acts of Israel. The Secretary of State will lobby for Israel during this trip and may gain more recognition from the Arab World.

The third objective is a part of the election campaign for the presidential election. President Trump has decided to re-elect and will go to any extent to win, thus one can expect any abnormal decision from him to win. He wanted to prove that his foreign policy is in the best interest of American people “America First.” He is also using the anti-Russia and Anti-China card to gain sympathy from American voters.

Most of the Arab World is ruled by Kings and dictators, especialy the oil-rich Gulf states, who depend on U.S. support to sustain their rule. But anti-American sentiment is growing immensely. A considerable space or vacuum exists, created by wrong policies of the U.S. to be filled-in by Russia. Russian policy-makers may review the situation and proactively fill-in those gaps.