We are passing through critical moments in humankind’s history, where wars, threats, killings, aggression, coercion, instability, extremism, and terrorim are common phenomena. The media is full of negative news and incidents. Such events like the situation in the Middle East, the issues surrounding Iran and Ukraine, the Syrian war, the fragile peace in Afghanistan, and the mounting tensions in the South China Sea, are significant events which are worth denoting our attention to.The formation of Quad—an alliance between America, Australia, India, and Japan to counter Russia and contain China—and the emergence of an Asian NATO is alarming for all nations who wish to maintain peace. India, a traditional ally of Russia, has joined the American camp and signed a series of defense agreements with the United States, making it India’s major defense partner, which has completely changed the environment in the whole region. 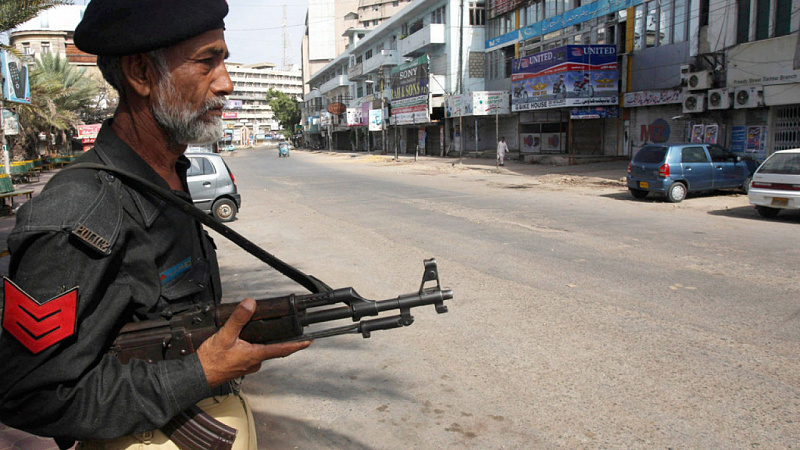 Maintaining good relations between Pakistan and Russia is vital in order to face the newly emerged challenges and ensure peace, stability, and prosperity in the region. There exists a strong desire from the people and government of Pakistan to strengthen theserelations.

In this regard, Russian Foreign Minister Mr. Sergey Lavrov visited Pakistan on 6-7 April 2021 to hold delegation-level meetings with his counterpart, Foreign Minister Shah Mahmood Qureshi. He also met Prime Minister Imran Khan and the Army Chief as well as meeting other dignitaries and senior officials.

The visit was cordial and carried high importance. Both sides discussed a wide range of common interests and regional/global issues.

Both countries are facing declared and undeclared sanctions and thus need to enhance bilateral economic cooperation. Russia is an energy-rich country and a natural partner in the energy sector, as Pakistan is an energy deficient country. Pakistan is a country of 220 million, a big market, and depends on imports of oil and gas, something which could prove to be to the benefit of Russia. Russian companies may enter the Pakistani export and exploration market as well as that of the distribution of oil and gas. Russian companies have much experience and are technically advanced. Furthermore, Russian companies are bold in their investments and can greatly contribute to Pakistan’s energy sector.

Pakistan, on the other hand, is prominent in the agricultural sector. The vast land, the abundance of water and an excellent climate make Pakistan ideal for agriculture. The dilligent workforce is an additional strength which should be taken into consideration. Pakistan can comfortably ensure the food security of Russia. Pakistani textiles are also well-known in Russia, and this is something which may lead to greater cooperation in the textile sector in the future.

There are also many other areas of cooperation, such as education, science, technology, innovation, health, the environment, tourism, and culture. Scholars, intellectuals, policymakers, and the media, on both sides, are encouraged to explore and promote the avenues for possible cooperation and collaboration. There are many areas where our interests converge, for example, in the Afghan peace process, counter-terrorism, regional security and stability, economic prosperity and health.

Broad-based economic cooperation can help both countries overcome some of their difficulties and improve the daily life on both sides. Defense cooperation is vital for the whole region.

Both countries share a common platform where they can promote further collaboration, being the SCO and BRI. Bilateral relations can be strengthened and furthered in almost all areas of economic importance and can overcome the challenges posed by the emerging shifts in geopolitics.