With the reform process in Ukraine slowing down and no end to the conflict in the Donbass in sight, how successful has EU policy been in Ukraine? 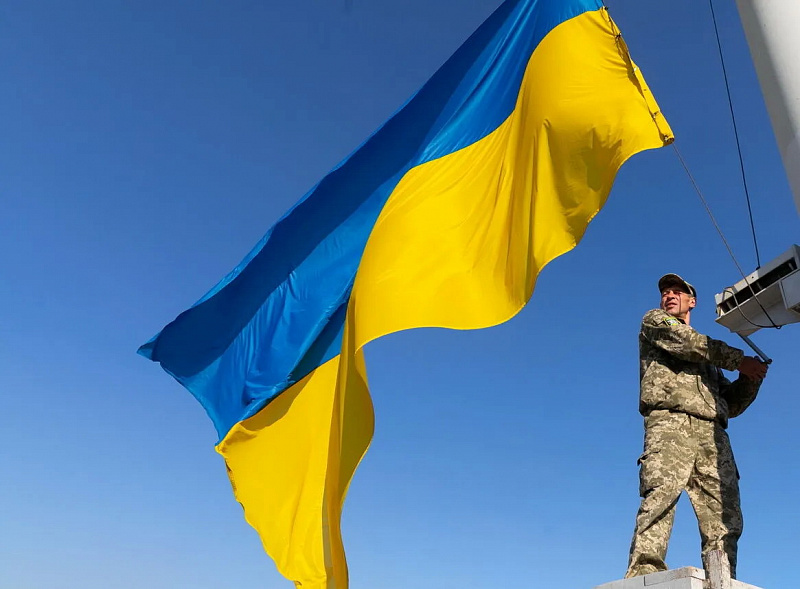 Ukraine is deep in the integration process with the EU and although there are certainly many prominent voices in Ukraine which are judgemental of the country’s European turn, the people, the government and the President are adamant about EU integration. For years the EU has been a major actor in Ukraine, and since Ukraine gained independence in 1991, its European aspirations have not been kept a secret. Even in 1994 the Government declared that integration into the EU is its main foreign policy objective. However, for a country of such vital importance in terms of European security, EU policy towards the country has been rather lame. Only recently has the EU started to pay more attention and formulate new policies. However, with a war raging in the east of the country and the EU-sponsored reforms failing to yield any tangible results, it seems Brussels doesn’t really know its position concerning Ukraine.

The EU’s relations with Ukraine are centred around the EU Eastern Partnership (EaP) together with five other countries and the Association Agreement (AA) which also entails the Deep and Comprehensive Free Trade Agreement (DCFTA) ratified in 2017. With 486 articles in total, the AA was the most complex and ambitious agreement that the EU has made with any other country, essentially leading to a plethora of benefits for both actors (Mylovanov et al. 2016). In terms of overall trade, 40% of Ukraine’s trade is now with the EU, which has made Ukraine less reliant on previous actors for international trade (European External Action Service, 2021). Since 2014, the presence of Russia in the external trade of Ukraine has dramatically decreased, and Russia is no longer Ukraine’s main trading partner. By 2019, the bilateral trade almost shrank by five times relative to what it was in 2011 while the share of Russia in the external trade of Ukraine fell from 32.6% to 9.8% (Makhanov, 2019). However, EU support is mainly targeted towards the implementation of the jointly agreed reform agenda (Association Agreement) with the aim that the new reforms will lead to benefits in all aspects of society. The amount of support the EU has given to the implementation of these reforms is vast. The EU has mobilized EUR3.8 billion through three macro financial packages with a further EUR4.3 billion in loans being signed from the European Investment Bank since 2014 and EUR4.05 billion provided via the European Bank for Construction and Development. Altogether, including the financial support from other organs of the EU, more than EUR15 billion has been made available for Ukraine (European External Action Service, 2021). As well as monetary support, the EU has created various support groups and agencies dedicated towards the implementation of reforms. In 2014 the EU Advisory Mission for Civilian Security Sector Reform Ukraine was established with the aim to assist the Ukrainian authorities in the implementation of security sector reforms. It is currently the most expensive EU project in Ukraine with its budget in 2014 reaching EUR142 million. The Support Group for Ukraine was also established in the same year with the same intentions in mind. The EU is now bound to Ukraine. It is active in nearly all spheres of the reform process and gives the EU unprecedented influence and insight into the workings of the country.

The magnitude of EU support for Ukraine is certainly impressive, but is EU policy actually leading to change in Ukraine? Or is the EU pursuing this policy in vain? First, if we consider the reform process, it seems that despite the enormous amount of the money that the EU is spending, little is really being done to combat corruption and implement the reforms as set out under the AA. The National Anti-Corruption Bureau of Ukraine has submitted 265 cases to courts since 2015; however, only 41 convictions have been sentenced (European Commission, 2020). No work has been taken by the government regarding organised crime which is still a large problem in the country and the number of crimes involving police officers remains very high, many of which are yet to be fully investigated, which has had a negative impact on public trust in the police. Since 2014, the reform process in Ukraine has been met with both respect and outrage and the slow pace of reforms means that President Zelensky is losing the EU’s trust (Gherasimov, 2020). Not only this, but he risks losing out on the previously agreed upon loans with the IMF, with the latter insisting that Ukraine must make more progress in order to unlock further financial assistance (Reuters, 2021).

Kiev must take some responsibility for the slow progress, but the lack of co-ordination between the member states of the EU in their approach towards Ukraine makes the situation even more difficult and the delivery of results in the reform process all the more challenging. It was clear from the beginning that some member states, most notably those who joined in the 2004 and 2007 enlargements, actively advocated for Ukraine to become closer to Europe, while other member states, predominantly the older member states, looked at any further eastern enlargement with scepticism; and while they did not object to working with Kiev, they believed the country should be kept at arm’s length, especially during the presidency of Yanukovych. Today, the picture hasn’t changed and has even been exacerbated due to the member countries’ stance on Russia and its actions in Crimea and Eastern Ukraine (Schmidt, 2016). A single unified EU policy does not exist as each country pursues its own foreign policy interests. The peace talks held under the “Normandy” format have not been led by the EU, but France and Germany have instead taken the reign. Despite the fact that the EU has imposed sanctions on Russia in the aftermath of Crimea changing its jurisdiction in 2014, they have not been without their criticisms from some of the member states. Italy certainly comes to mind with Rome’s stance towards Moscow being much friendlier than that of its European counterparts, with Italy having repeatedly called for the end of EU sanctions and 38% of Italians approving Putin’s foreign policy (Huang & Cha, 2020; Vergine, 2019)—a number far greater than in any other Western democracy. This lack of coordination is also witnessed when the amount given by each member state for Ukraine is taken under review. Italy, for example, provides less assistance to Ukraine than Slovenia and France, Spain, and Italy together provide less than any of the individual Baltic states (Gressel, 2016).

The lack of co-ordination surrounding a single policy towards Ukraine should also be viewed through the prism of “Ukraine fatigue.” Something which has been noted in many of the member states who are simply at ends of how to rectify the chaotic situation in the country. There are many who seek rapprochement with Russia mainly due to the negative effects of the sanction’s regime, however the Navalny poising, the countless breaches in the ceasefire on both sides has led to this policy being on hold. The situation is not helped by the fact that the current rhetoric coming from Kiev seems to be much more critical towards the EU and the West. President Zelensky recently criticised the Biden administration’s stance towards Nord Stream 2 saying that “it would be a grave political error” and “President Biden’s personal loss” while Ukraine’s minister of foreign relations Dmytro Kuleba said that if the Nord Stream 2 project “is implemented, . . . it will be a defeat for American diplomacy.” (Minakov et al. 2021)

It could be argued that it was this “fatigue” or the EU’s reluctance to apprehend Ukraine’s complex political and ethnic situation that led to the current state of affairs. It is true that since the Maidan revolution and the signing of the Association Agreement much more attention has been paid towards Ukraine, but before this point it seems that the EU did not consider Ukraine to be a valuable partner and the bloc was unprepared when Crimea fell under Russian control, not knowing how to react. In fact, some argue that it was this lack of interest from the EU towards Ukraine that allowed Russia to “take possession” of Crimea and support the war in the Donbas; and when the EU essentially forced Ukraine to choose a side in 2014 (between the EU or the EEU), it showed that the EU didn’t fully understand the degree of political polarisation in the country (Schmidt, 2016). A poll conducted in 2011 makes this division very clear. In the East, 24.4% favoured an association with the EU. In the South, 23.5% were for becoming a member of the EU, while 76.9% took a pro-EU stance in Western Ukraine (Schulze, P 2012 cited in Schmidt, 2016). There is still a great number of people who want to have closer ties to Russia and a significant number of people who have been damaged economically by the Association Agreement. The Donbass is a highly industrialised regioт famous for its coal mining industry and has deep economic ties to Russia, thus any agreement with the EU would have hurt it in two major ways. First, the region would have had to play to the tune of Brussels and its environmental policy, which is currently on track to close half of its coal plants by 2030 (Climate Action for Europe, 2021). Second, as the President of the European Commission said himself in 2013 “it’s impossible to simultaneously be a member of the Customs Union (EEU) and have a deep free trade area with the European Union” (Schmidt, 2016). Thus, with a majority of the region’s trade being with Russia, the region would have been severely affected. As far as Crimea is concerned, separatist ideas were widespread from the beginning and the region’s alignment with Russia was always something which was hotly debated and something which the EU failed to take into proper consideration. In a 2001 poll, 60% considered themselves to be Russian while only 24% as Ukrainian—and the region had witnessed anti-Ukrainian and pro-Russian demonstrations for years (Levy, 2009).

The EU’s approach to Ukraine is not completely riddled with holes and the EU is certainly not losing in relation to Crimea. Ukraine is still committed to European integration, and tangible results are being achieved in the reform process. However, the EU’s complex nature and the fact that its foreign policy is still weak with the interests of each member state taking precedence over the main voice in Brussels means that it can be hard for the EU to devise a unified policy. Although money can help solve problems, Brussels’ piggy bank is not going to help find a tenurable solution to the war in the Donbas. The EU needs to explore new avenues for peace settlement and needs to be more proactive in persuading the Ukrainian government to adopt the constitutional reform, agreed under the Minsk agreements, which would give more autonomy to the Eastern regions, for if there is one thing that is certain, it is that the situation in its current format cannot be maintained.

Reuters, (2021). ‘IMF wants more reforms for Ukraine to get next part of loan’, Reuters, February 13. Available at: https://www.reuters.com/article/us-ukraine-imf-tranche-idUSKBN2AD0DS

Student at the University of Birmingham