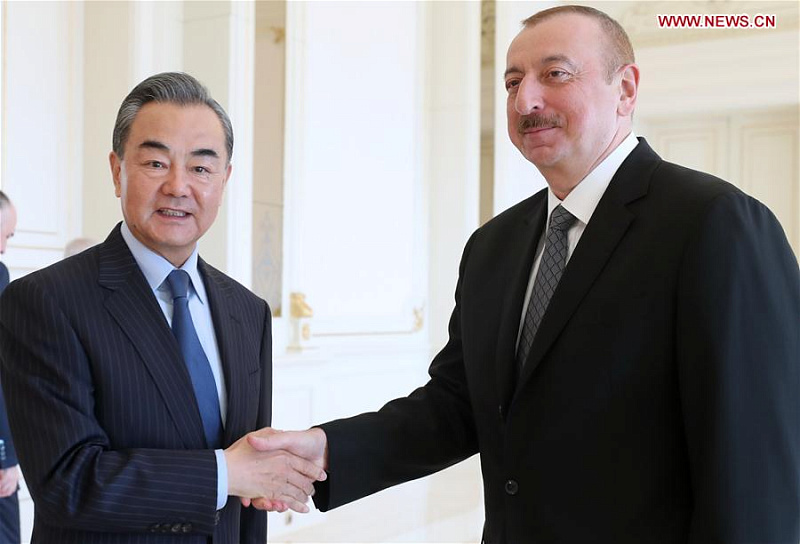 While 2020 saw instability across key Belt and Road chokepoints Azerbaijan, Kyrgyzstan and Belarus China has been exposed as having little political risk architecture with which to engage the region. Despite geoeconomics logistics priorities and an increased geopolitical interest in the Caspian gas pole, Azerbaijan remains more important to the European Union than to China. And for China, Central Asia has been demonstrated to be a more policy-critical geography than the South Caucasus, with a more sophisticated policy architecture deployment.

With a poor regional Belt and Road integration policy and a lackluster position on the Second Karabakh War, China is now being shown up as having no South Caucasus policy. China’s foreign policy hierarchies show that the three South Caucasus countries are all ranked equally at the lowest level of diplomatic relationship of the Eurasian Belt and Road countries. Georgia, Armenia and Azerbaijan are all at the 12th tier in China’s diplomatic hierarchy, Friendly Cooperative Partnership. Whereas the South Caucasus peripheral powers all rank more highly, with Turkey at the 6th tier, Iran in the 4th tier along with Belt and Road strategic economies Kazakhstan and Uzbekistan, while Russia and Pakistan are first and second respectively.

China only established Friendly Cooperative Partnership status with Azerbaijan in 2015, after Georgia in 2006 and Armenia in 2000. Thus for the policy concept of a pan-Turkic corridor from Istanbul to Khorgos over the Caspian Sea, the priority for reaching China is more pronounced on the Turkey Republic and Turkic states side, with little policy attention from Beijing. Aliyev was in Beijing in 2019 for the Belt and Road summit, and both Politburo Standing Committee member Li Zhanshu, and top non-Politburo foreign policy-maker State Councillor Wang Yi visited Baku, but these high-level meetings have not been followed up with any tangible geoconomic policy.

Contrast this with the early days of Belt and Road development when in 2016 Azerbaijan received two very different diplomatic guests from China, Meng Jianzhu then head of domestic security, the tsar of population surveillance, internet control, and internal paramilitary policing, and Zhang Gaoli, the policy architect of the economic side of the Belt and Road, responsible for the infrastructure, industrial transfer, and financial expansion nuts and bolts of Belt and Road in Eurasia. Visits by these senior practical policy-makers signalled clandestine development of Azerbaijan domestic security technology as well as transformative geoeconomic industrial transfer projects.

However China has not built on this early Belt and Road diplomacy and engagement. The Economic and Commercial Office of the China Embassy in Azerbaijan information service is almost entirely commodities and macroeconomic figures updates. Whereas Central Asian economic and commercial offices have more sophisticated analysis and information services across a wider range of economic and social issues. Azerbaijan is also at a strange cross-road in China’s diplomatic discourse. Ministry of Foreign Affairs categorizes Azerbaijan as ‘Asia’ whereas Ministry of Commerce includes it within its Eurasian (post-Soviet) categorization, while some central level Party China foreign policies for the region consider Azerbaijan as part of the China-Arab dialogue. Spatial planning is important in both China’s domestic public administration and planned external geoeconomic policy, meaning the lack of integration in this spatial thinking is indicative of an unclear foreign policy agenda.

Ministry of Commerce remains the most important foreign policy-making office in China’s State Council public administration, and was the spearhead of the practical economic mechanisms of the Belt and Road. The Ministry leads development of the archipelago of Chinese capital in the network of over 80 Overseas Economic Trade and Cooperation Zones. These offshore industrial parks mimic the conditions of early capitalism in China’s onshore Special Economic Zones, cheap labour, low regulation and cheap raw inputs. They are a core geoindustrial institution underpinning the Belt and Road, yet in the South Caucasus, Georgia is home to the only China industrial park, Hualing Kutaisi Free Industrial Zone, whereas there are at least eight industrial parks in North Africa and West Asia, and six in Central Asia, highlighting these two regions’ long-term geoeconomic significance.

China’s basic political calculus in the South Caucasus is that Azerbaijan, Georgia and Turkey are all useful Belt and Road nodes in a corridor to bypass Russia, but that Armenia has no geoeconomic value. China’s South Caucasus foreign policy also cannot entertain any discourse of Armenian expression of self-determination in Karabakh as this runs counter to the Uyghur policy in Xinjiang. However China’s wider Belt and Road geopolitical position with does Armenia run counter to the ideological discourse construction through the Ancient Civilizations Forum, which includes Armenia but not Turkey. Self-identifying as an ancient civilization is integral to China’s underlying globalization ideology. Yet there remains essentially no engagement with Russia’s Third Rome thesis or anti-Atlanticist position. China entering the South Caucasus geoeconomic space with a thinly researched appeal to ancient history belies a naivety in narrative construction.

For China though, the lack of regional engagement is understandable. Whereas most of China’s Belt and Road policies are geoeconomic, the China-Azerbaijan relationship is geopolitical. China has no need for Azerbaijan hydrocarbon exports as China’s regional sources are Turkmenistan and Russia for gas, Iran for oil. Azerbaijan is though a key node in the Middle Corridor transport corridor with China. However while the Middle Corridor rail freight system is important to China, it has largely been left to the regional economies themselves to develop. China’s strategic interests in Azerbaijan are thus centred not on the utility of regional access itself, but rather on future scenarios of other states’ access, Russia in the Caspian Sea, the European Union in Adriatic gas, and Turkey via the rail freight system. Yet while much of the Belt and Road is designed to circumvent reliance on Russia, but China still lacks the Turkey competence to develop a viable regional geoeconomic presence.

China has little political risk exposure in the South Caucasus. But the negative space of China’s geoeconomic policy in the Caspian and Black Sea geographies is indicative of the policy disjointedness of the Belt and Road. There is now an ideological vacuum in China’s foreign policy which prohibits policy-makers from crafting discourses for the states and regions involved. Azerbaijan in 2020 was a Belt and Road node which demonstrated that China does not have the political risk architecture in place to manage the multivariate policy outcomes present in the Belt and Road hyperpolicy. As the South Caucasus becomes more important for both the European Union’s energy security, and a deepening Russia-Turkey geopolitical contretemps, China will continue to struggle to form geoeconomic policy for the Eurasian Belt and Road economies as long as these states hold little economic or narrative legitimising power.