The Truth about Srebrenica: From Debate to Geopolitics

On July 7, Great Britain submitted a draft resolution on Srebrenica to the UN Security Council, seeking to have the July 1995 killing of Muslim population by the Serb army commanded by Ratko Mladic qualified as genocide. Russia vetoed the resolution, a move welcomed in Serbia and the Republic Srpska and the utterly opposite response in the West, and Bosnia and Herzegovina. The resultant heated wrangling seems a manifestation of Russia-West geopolitical confrontation in the Balkans – this time in the form of a debate aimed to win the hearts and minds of the region’s population. What are the sides’ motives and what long-term consequences are in store for Russia? 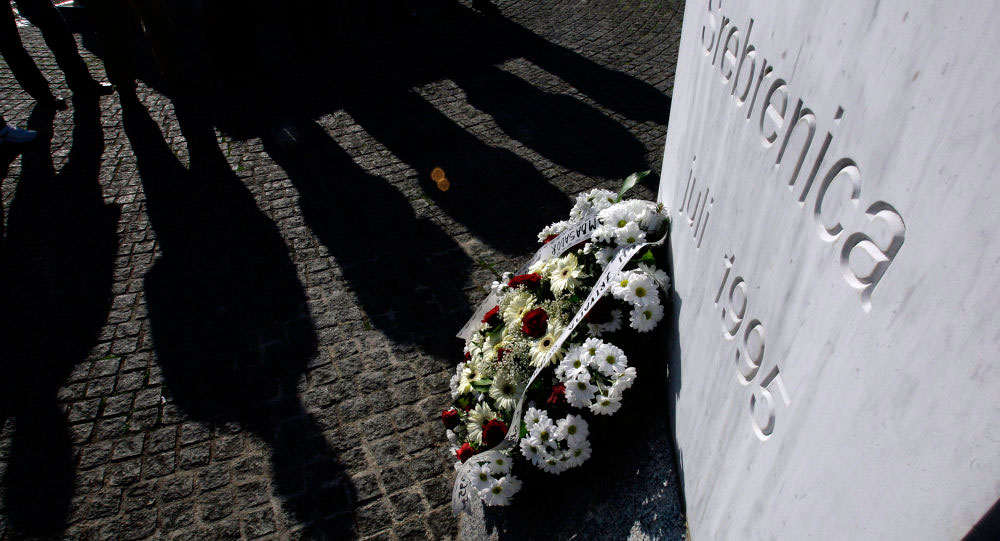 Western countries regard the events in Srebrenica as genocide and the bloodiest massacre in the second half of the 20th century in Europe after World War II. Deputy Permanent Representative of Great Britain to the UN Peter Wilson accused Russia of denying this recognized fact, and of insulting the memory of the many victims of Srebrenica. Western countries refer to the point that the term genocide has been used by two international bodies, i.e. the International Criminal Tribunal for the Former Yugoslavia and the UN International Court of Justice specifically in relation to the 1995 tragedy. On the whole, the West seems to be working to support the Muslim population of Bosnia and Herzegovina residing in the Federation of BiH and to defame Serbia and the Bosnian Serbs by further embedding the idea of the Serbs’ exclusive guilt in the BiH war in global and regional consciousness. In this discourse it seems helpful to present Serbia as the internal enemy and to manipulate this image during discussion of serious problems as Serbian EU integration, Kosovo status, relations between the elites of Serbia and the Republic Srpska, etc. Western attempts to revise historical reality (which, incidentally it never recognized as such – with news reports at the time consistently painting the Serbs as the ‘bad guys’) seems to aim at the following:

1.    Weakening the Srpska influence on decision-making at BiH level, and preventing the emergence of a Srpska-originated strategy for a review of the post-Dayton setup and its withdrawal from the federation.

2.    Re-launching a mechanism for the political destabilization in the Balkans, which surfaced after the suspension of the South Stream project and events in Macedonia last May. By further unraveling the situation the West hopes to undermine regional stability and thus direct the development of certain countries, especially with assistance of such loyal and Euro-oriented states as Croatia, Bulgaria and Montenegro.

3.    Eliminating choice in inter-Balkans relations by the demonization of a single party.

Serbian leaders criticized Britain’s draft resolution as politically-motivated as soon as it was reported by the media. Belgrade recognizes the massacre of Muslims in Srebrenica but rejects its qualification as genocide. [1] Serbia’s elites and general public bitterly resent the fact that the West continues to hush up the mass murder of Serbs in Bosnia and Herzegovina during the civil war, preferring to maintain its simplistic picture of one side as villain and one side as victim. The Srpska government led by Milorad Dodik shares Serbia’s approach and was the first to request Russia on July 5 to veto the British draft.

The genocide issue is a matter of principle for Serbia and the Republic Srpska politically, ethically and legally. First, the Serbian leaders fear growing antagonism in the Balkans, where people are being encouraged to view Serbia as obstructing key processes. Second, Serbian society largely believes itself to be possibly the biggest victim of the former Yugoslavia conflicts. Hence, by recognizing the Srebrenica genocide, the Serbian leaders would lose the trust of the electorate and possibly ignite civil disobedience.

Amending the Past to Command the Present

The Russian veto has hardly eliminated the disagreement between the West and Serbia but rather placed the matter on the regional backburner. Against the backdrop of an international relations system in the Balkans in transformation, i.e. attempts to break up the Dayton order in BiH, while differences between Russia (Serbia’s historical partner) and the West may escalate to alarming dimensions. Hence, another area of geopolitics risks entering a dangerous downward spiral, possibly affecting security, energy, the economy, etc. Russia’s continued support of Serbia based on traditional partnership is crucial because it helps the country command the present and a fortiori the future independently rather than with help of other actors. Nevertheless, Moscow should consider showing greater flexibility in its approach to events in the Balkans, in order to avoid fierce confrontation with the West.

[1] In 2010, the Serbian Parliament adopted a resolution condemning the crimes committed in Serbia and expressed condolences and apologies to the families of the tragedy victims. // RIA Novosti, 2010.